"You want access to the most amount of talent and the individual case of Moeen is that he is a very valued, respected and talented England player"

Ed Smith said he was desperate not to lose Moeen Ali as a Test cricketer as he discussed the art of selection on the Sky Sports Cricket Podcast.

England national selector Smith and fellow selector James Taylor joined host Michael Atherton for a show you can listen to in the player below or by downloading: iTunes | Spotify | Spreaker

All-rounder Ali is on a self-imposed break from Test cricket after losing his red-ball central contract having been dropped from the five-day game after the first Ashes Test last summer.

But Smith said he hopes the 32-year-old - still involved in England's white-ball squads - will return to all forms as he explained how the player-selector relationship works.

"Definitely not," said Smith on whether he wanted to move on from Moeen. "You want access to the most amount of talent and the individual case of Moeen is that he is a very valued, respected and talented England player. We would like him to be at his best and available for all formats.

"The same applies to England cricket generally. You want to bring talent back to the table rather than rule things out and put lines through people. That's not the way we operate. 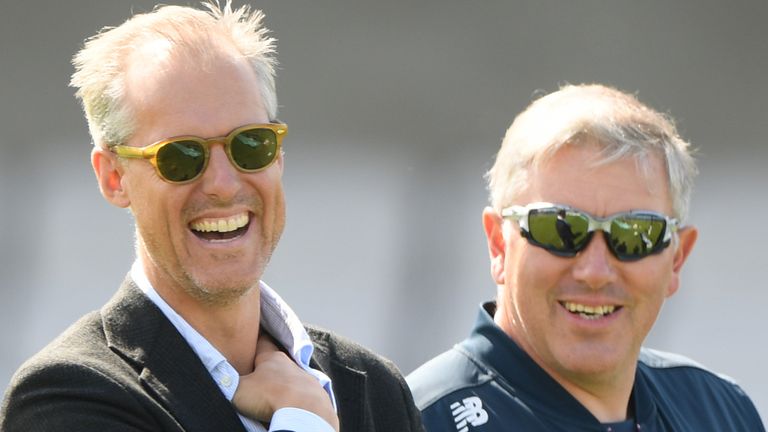 There are three selectors, myself, James and the head coach. Ashley [Giles] sits in and, absolutely, the captain is central to that whole conversation, so both Joe Root and Eoin Morgan. I feel very strongly that you have to have the captain there and he has to be involved all the way through.

"In the case of Moeen, James [Taylor] and I went and saw him in Birmingham at the end of last year and had a very natural conversation over a cup of tea.

"It shouldn't feel like a selector-player distance. They understand we have a decision to make and we understand they are not always going to like it but you should be able to have a conversation.

"We say, 'if you want to have a chat tomorrow, that's also fine'. We aren't going anywhere. Every day of our lives we are professionally engaged with trying to select the best England squad we can.

"Where there is a change to a team, when someone has come in or out, the player should hear first. That's not always possible - sometimes things get out and that is frustrating.

"After a selection meeting, it's me who makes the call to the player who drops out or comes in before it is announced publicly and there is a press conference."

Smith also developed on how the character of a cricketer comes into account when selecting players, a trait he says is not easy to distinguish.

"Character is not binary - it's not 'he has it, he doesn't'. That's clearly not appropriate, just as physical strength doesn't work like that," added the former Kent, Middlesex and England batsman.

"There is a spectrum even when we have agreed what we mean by mental strength, which is very hard to define. 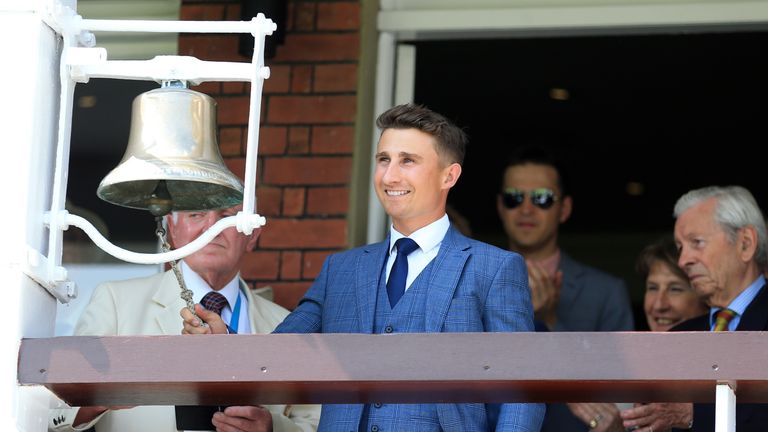 Character is near on impossible to measure numerically but what we like to see is how many games these individuals are winning for their side, either with bat or ball. Adapting to the situation, knuckling down, taking the game to the opposition – showing character in different kinds of ways.

"I think you are after a broader understanding than someone having a take on a player and that player being written off forever.

"Humans are subtle, develop at different rates and you should always have an open mind as a selector that some may become more resilient and show more character at different stages of their lives.

"As a selection panel, we have sometimes made bold decisions on young players. There were five players 24 or younger in the Test XI in South Africa, which had never happened in the history of English cricket.

"It's easier to make an apparently bold decision if you know a lot about that young player, everything about the cricket they have played and if they have been assessed by a number of different people - team-mates, opponents, coaches, opposition coaches, scouts, selectors.

"It ends up not feeling so daunting and you sense that confidence and character is there and that that player will probably cope fine. You never know how it will play out on the day but you have more information than you might have done."

Also on the Sky Cricket Podcast...

- The vital role Mo Bobat, who is now Performance Director at the ECB, has played in England talent identification and development and the role Smith's scouts carry out