ECB admit recreating 'bio-secure bubble' may be impossible in 2021

Tom Harrison: "We can't just keep losing hundreds of millions without an impact. We don't have a bottomless pit of resources to tap into"

The England and Wales Cricket Board has admitted the 'bio-secure bubble' which saved its summer may be impossible to recreate next year due to financial implications and the mental health concerns over those involved.

At one stage the coronavirus pandemic cast an existential threat over the entire 2020 campaign, but diligent planning, hefty spending and the forbearance of players and staff alike meant a full men's international programme was achieved, supplemented by shortened county and women's calendars.

That helped avert the worst-case scenario of a £380m loss to the game - or "financial oblivion" as ECB chief executive Tom Harrison put it - but a £100m hit was still sustained due to plummeting revenues.

With Sunday's Vitality Blast final representing the official end of the cricket season, thoughts are already turning to lessons learned for 2021 and it is clear the blueprint will need to change.

The governing body has revealed it spent more than £1m on Covid-19 testing alone, an unanticipated and unworkable sum as things progress, particularly given the likelihood of a longer season next year after this term was condensed by lockdown.

Chief medical officer Dr Nick Peirce, who has been at the heart of cricket's response, said: "We started off with a high-scale testing programme and we've done over 10,000 tests.

"That's not something we intended to keep going: we intended to relax that and eventually evaporate that but weren't able to. The pandemic was that unpredictable. It's over £100 a test, and at 10,000 tests you can see we spent quite a lot on testing this summer. That's not feasible for ourselves or any other sport in the long term.

"Next year it doesn't look like we are going to be out of 'virus in the community' any time soon. But we want to get to a point where, ideally, we have no testing and if we do have testing, it's more realistic in its cost."

Harrison, who underlined an intention not to seek bailout money from the government, reinforced the idea the losses could continue to be absorbed at current levels.

"For the ECB, being able to deliver our broadcast commitments has, frankly, saved us from financial oblivion. It's as stark as that," he said.

"[But] we can't just keep losing hundreds of millions without an impact. We don't have a bottomless pit of resources to tap into."

The debates about how next season will look if the public health outlook has not changed significantly is not just monetary, though.

There is a psychological aspect too, and a realisation that keeping teams, broadcasters and support staff holed up in grounds like this year's host venues, Emirates Old Trafford and the Ageas Bowl, is problematic when stretched out for weeks and months at a time.

Several players experienced family illnesses during the international summer, while others spoke of struggling with the lack of down time.

"Looking forward to 2021 there are different challenges," said Steve Elworthy, head of special projects and a key voice in the behind-closed-doors protocols.

"This was a three-month international summer and a two-month domestic summer; next season we could be staring at a five or six-month season. That's a different proposition entirely.

"Something we've certainly learned about is the mental health and mental well-being of people spending significant time in the bubble. Something we have to consider if we're expanding from three months to six months is that we need to mitigate as much of that impact as possible." 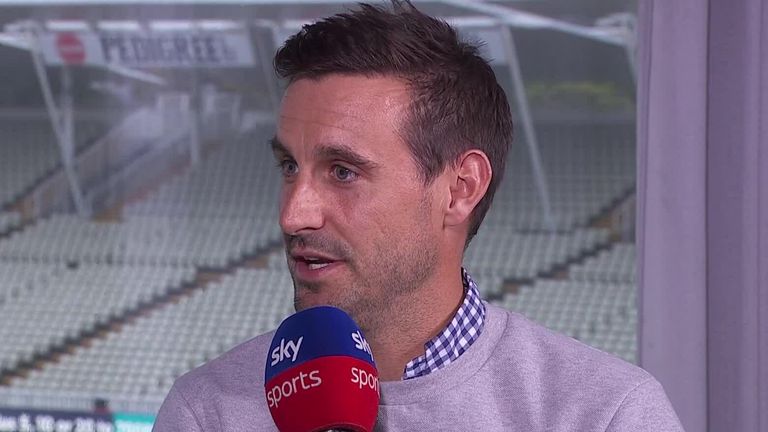 Peirce was clear on the same subject.

"There's no chance of a five-Test India series [as scheduled in 2021] with everyone being locked in the whole time. We saw there was a ceiling of probably three to four weeks," he said.

"After that you need time out. If we could get away with moving away from those bubble environments we really would, that's how most of us see the future going forward."