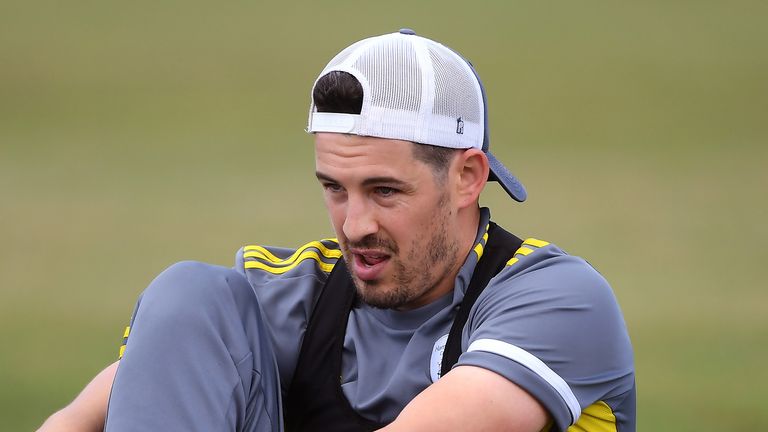 Hampshire bowler Chris Wood says he was "governed by fear" before revealing his gambling addiction but hopes his story will encourage other professional sportspeople to reach out for the first time.

Wood has enjoyed a successful playing career with his county so far, winning four white-ball trophies since making his debut in 2010, but for years off the pitch he was fighting a serious problem.

The 30-year-old opened up about his long-term struggles with gambling on a podcast for the first time in April. To mark the start of Safer Gambling Week, he exclusively told Sky Sports News he was initially scared to speak out because of how it might affect his professional career.

"For so long I was completely governed by fear and a lot of that fear was around my professional job title," Wood said.

"I always thought that I'd be judged and wondered if Hampshire would not see past my addiction and want to get rid of me. 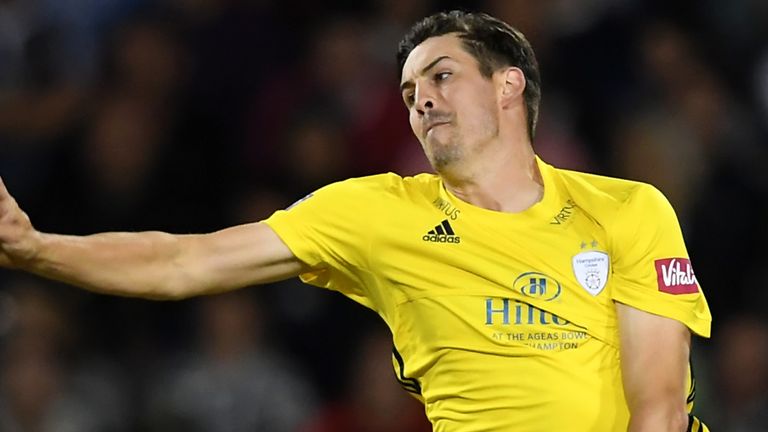 "I internalised everything and always tried to deal with it on my own. 'What's a professional cricketer doing getting a gambling addiction?' - all this kind of stuff. But in April when I came out and told my story I didn't get that from anybody.

"Hopefully by doing what I did, it will enable people to feel like they can speak out because for so long I felt like I couldn't.

"Coming out in the public domain and being judged within the professional game were always my main fears, but what I've received has been completely the opposite."

Wood, who addressed his addiction with the support of Sporting Chance and the Professional Cricketers' Association, is certain many other professional athletes have reached out for help since he revealed his story.

"I know for a fact there's professional sportspeople out there who are struggling off the back of my podcast alone," he said.

"I think gambling, and not just because I went through it, is the fastest-growing addiction there is and the most destroying.

"You can lose everything and everything around you in the space of 10 minutes if you really wanted to, it's that destructive. I'm almost adamant it's rife in sport."

'My only escape was gambling'

Wood was just 20 years old when he was thrust into the limelight as part of Hampshire's T20 Cup-winning side 10 years ago, but his problems with gambling had already started.

The life of a professional sportsman is full of travel, training and the adrenaline rush of performing before crowds, but there is also a lot of free time to fill.

"In 2016 when I had my second knee operation was by far my worst experience with it all," Wood said.

"I was bed-ridden from my operation, I couldn't put my right leg down for eight weeks and I had to have my leg in a machine for 16 hours a day.

"I was in the last year of my contract and I just couldn't cope. Gambling had ground me down enough, but then cricket was taken away from me and you get thoughts like 'is my career over now?'

"Those thoughts mixed in with all that time lying in your bed experiencing depression, anxiety, insomnia - all those kind of things - the only thing that I could escape to and what made me feel okay was gambling."

Foster: I would not have survived lockdown

Like Wood, former first-class cricketer Patrick Foster suffered with gambling problems for over a decade.

At a time when so many people are struggling due to the coronavirus pandemic, he believes lockdown would have been fatal for him at the height of his addiction.

"If I was still gambling to the levels that I were, I would not have survived lockdown. Simple as that," Foster told Sky Sports News.

"The toll it would have taken on me financially and mentally, I can pretty much guarantee that something not very good would have happened because of the amount of time I would have had.

"I was still able to gamble to the level that I did when I had other things going on, so with lockdown and that boredom, that isolation, the time that I would have had would have meant I wouldn't have survived it."

EPIC Risk Management and the importance of education

Foster says EPIC's aim is not to discourage gambling but to educate people, including those in professional sport, about the effects it can have. 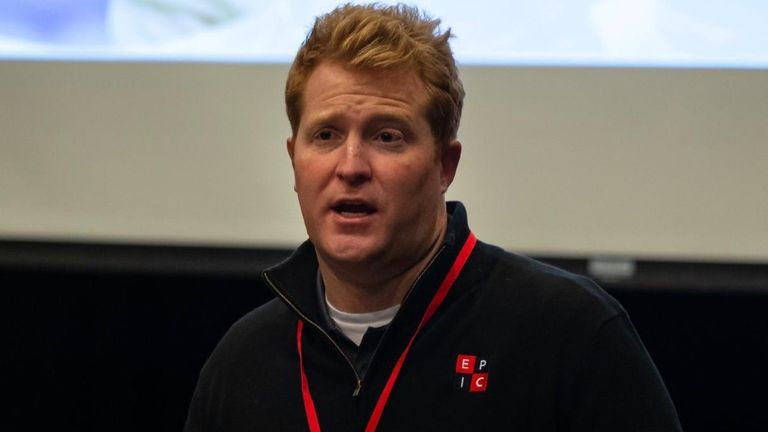 "I head up our educational programmes, which is essentially where we go and educate people using our own experiences and stories, but also to tell them why it's important, signs to look out for and allow them to explore their own relationship with it.

"Chris Wood is just going to make the work that we do in that area even better. To have a guy who's currently playing and who's able to share his story is incredibly powerful and will hopefully make a big impact."

'The biggest and bravest step'

Being judged and losing your job are perhaps two of the biggest fears professional sportspeople face when they are thinking about reaching out.

Wood has gone public with his story to try to encourage others to seek help, but he knows how difficult it is to take that first step.

"What I would say to people who are thinking deep down that it's going to affect their career, is I would be very surprised if that happened in this day and age because there's so much more awareness around mental health and addiction now," Wood said.

"There's plenty of help out there, you've just got to take the biggest and bravest step and reach out for the first time."

Q&A: What is Safer Gambling Week?