The pair are claiming institutionalised racism and last month called for a QC-led inquiry into the fact the ECB Umpires department has not appointed a non-white umpire to the full-time panel in 28 years; Last month ECB introduced new measures to encourage diversity in English cricket. 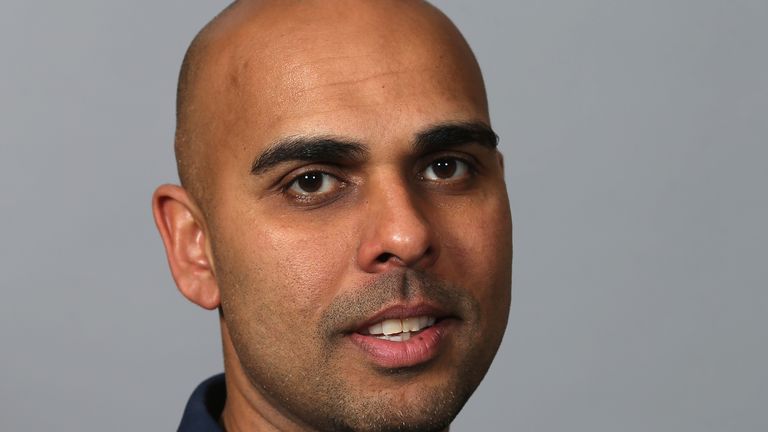 The pair are claiming institutionalised racism and last month called for a QC-led inquiry into the fact the ECB Umpires department has not appointed a non-white umpire to the full-time panel in 28 years.

Both feel their careers have been cut short due to this with Dawood alleging he was overlooked for promotion on no fewer than six occasions and received a negative response from the ECB when applying to be an umpire, at the expense of white former players that jumped above him.

Dawood, who represented four counties during an 11-year playing career, told Sky Sports News: "I was told I was going to get promoted one year in an appraisal, it was verbal. It didn't transpire.

"On six different occasions I was superseded in terms of getting promotion. My reports and statistical data by various different people who do the reports were all of a sound manner and I wasn't given the opportunities to gain promotion, which of course I felt aggrieved about.

"I still don't know why my career was cut short. We believe there has been systematic failings within, a type of bullying, harassment and cronyism which I was involved with in terms of the umpiring fraternity, was terrible.

"If it was another organisation, some of the behaviour dished out by management and endorsed by the board was truly unacceptable.

"I feel really aggrieved in terms of how I was treated, it left me very isolated."

Holder, 75, played for Hampshire before being appointed to the first-class umpiring panel in 1983 and then elevated to internationals in 1988, umpiring in 11 Tests and 19 ODIs, and continuing to officiate in county games until 2009.

Last month the ECB introduced new measures to encourage diversity in English cricket, including a new equality code of conduct and A Forum for Race in Cricket.

Sky Sports News contacted the ECB for comment on Dawood's claims with a spokesperson saying earlier in a statement: "We are not aware of the detail of the claim from Ismail Dawood and John Holder and are therefore unable to comment upon it. The ECB is absolutely committed to ensuring there is no place for discrimination, of any kind, in our sport.

"As with all areas of our game, we want our match officials to represent and reflect everyone who supports and plays cricket.

"Therefore, in November we announced that we would re-evaluate the way in which we attract, develop and performance manage our match officials, in order to increase the diversity of our officiating, inspire the next generation of umpires and match referees and ensure a culture of inclusivity and fairness throughout.

"Aligned with this process, we have been arranging to meet with Ismail Dawood, John Holder and others to listen to their experiences so as to better inform our future approach to recruiting and developing umpires and match officials."