Zak Crawley says "there is definitely a way back" for England as they look to snap India's 12-series winning streak on home soil; 23-year-old says tourists' struggles with the bat a "great learning curve" and insists Joe Rot is loving being side's key man

Zak Crawley says earning a 2-2 draw in India would cap an "unbelievable winter" for England in Test cricket.

England - who won 2-0 in Sri Lanka in January - will snap India's 12-series winning streak at home if they triumph in the fourth Test an Narendra Modi Stadium in Ahmedabad from Thursday.

The tourists were thrashed by 317 runs in the second Test and then lost the day-night third by 10 wickets inside two days - but Crawley says his side can bounce back from those disappointing results.

The batsman told reporters at a virtual media conference on Tuesday: "A [2-2 scoreline] would be an unbelievable performance. 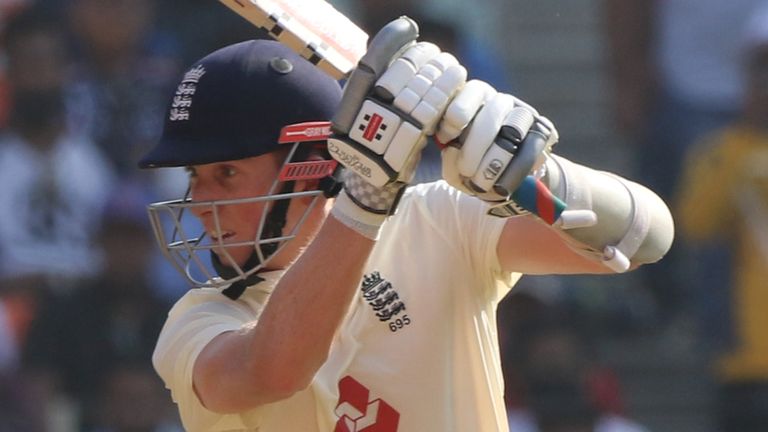 I think it will be a very similar pitch this week - and why wouldn’t it be? India have played very well on the last two pitches. It wasn’t easy to score in the third Test but it was the same for both sides. We had our chance – we batted first on it – and unfortunately we didn’t play as well as we needed to.

"India would be very disappointed with a drawn series and we would be very happy with that. It would be an unbelievable winter if we could pull off four out of six Test matches.

"Our bowlers have been doing nicely, bowling them out for 145 in the last Test, and if we can replicate that and get a nice lead that will put India under pressure, I think.

"We have played against a few good bowlers and managed to score good runs and win Test matches so there is no reason we can't do that again."

Crawley top-scored with 53 in England's first innings in the pink-ball Test but Joe Root's men were rolled for 112 after electing to bat and were then skittled for 81 in their second innings.

Root's side have failed to reach 200 in their last five innings but Crawley says these experiences, including dealing with criticism on social media, will benefit the young batsmen in the team.

The 23-year-old added: "It is a great learning curve - and not just the on-field stuff. I am not on social media but the lads who are said there was quite a bit said about the last game.

Do you think it will spin, lads? 🤔

Follow text commentary on https://t.co/Kh7IecsGo4 and the Sky Sports app from 3.30am on Thursday 💻📱

"It's great for us to come up against some of the best players in the world and if we perform we can take loads of confidence from that. We will be better, for sure. I feel I have better game-plans now.

"We still have loads of confidence in our ability. India have great players in their side and they have struggled for runs as well. It's not like they are scoring millions and we are scoring none." 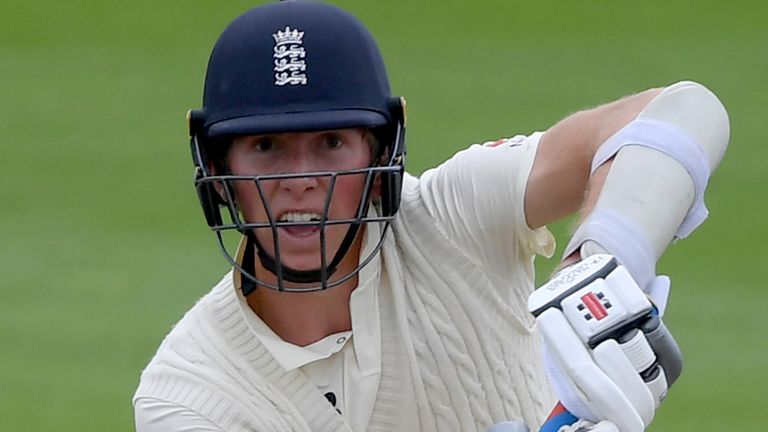 I’ve had some good balls and faced a lot of left-arm spin. If I am facing spin pretty much the whole time from both ends, I am going to get out to one of the spinners – unless I get 200 not out! For a right-handed batsman the left-armer is going to pose more of a challenge.

Crawley says England may need to be more "proactive" against India left-arm spinner Axar Patel, who picked up 11-70 in the day-night Test, including the wicket of Crawley twice.

However, the Kent man feels Axar's impact could be lessened slightly by the fact the pink ball will be switched for the red one for the final Test.

"If it is the same pitch I think it will be slightly easier. The pink ball was a bit harder and skidded on quite quickly which is why we saw Axar get so many wickets lbw and bowled," said Crawley.

"He still has that ball in his armoury and will be a massive threat but it might not skid on with the same pace as the pink ball."

Part-time off-spinner Root bagged 5-8 with the pink ball in India's first innings in the day-nighter, adding those wickets to a winter of three hundreds, including two double tons, and the role of captain.

Asked whether Root is carrying too much of a burden, Crawley added: "If you know Joe he loves all that - I don't think he is feeling like he is carrying us at all.

"He is loving being the best player in our side and one of the best players in the world and obviously contributing with the ball and as captain. I don't think he minds carrying that load at all.

"We'd love to help him out. We know how much it means to him and given the performances he has put in this winter it would be nice to chip in for a good team win in this last game."