AB de Villiers keen on playing for South Africa again in T20 World Cup in India later this year; batsman says, 'if there's no space for me, so be it, if I can slot in there, it will be fantastic if all those things fall in place'; De Villiers speaking after scoring 76 from 34 balls in IPL

De Villiers scored over 20,000 runs for the Proteas across the Test, ODI and T20I formats between 2004 and his international retirement in 2018.

The 35-year-old - speaking after smashing 76 not out from 34 balls in Royal Challengers Bangalore's IPL win over Kolkata Knight Riders - said he could return for the short-form World Cup in October and November. 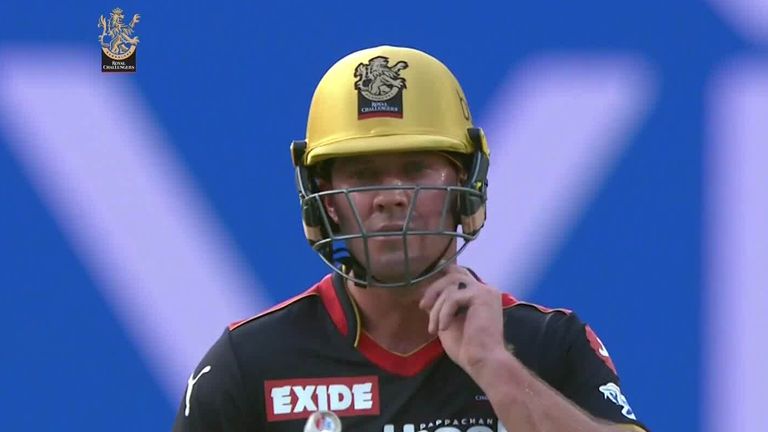 De Villiers said: "We [himself and Boucher] are lined up to have a chat sometime during the IPL. But, yes, we've been talking about it already. Last year, he asked me if I would be interested. And I said, 'absolutely'.

"Come the end of the IPL, we will have a look at where we are at with regards to my form and my fitness and also the situation with his team.

"He's got to look at his guys who have been performing well over the last while. If there's no space for me, so be it. If I can slot in there, it will be fantastic if all those things fall in place."

The batsman's 34-ball innings against Kolkata on Sunday - which helped RCB to a third straight victory to start the tournament - saw him strike nine fours and three sixes and score at a strike rate above 223.