Jordan Cox, 20, smashed 58 not out from 28 balls and then produced a stunning piece of fielding as Kent beat Somerset by 25 runs to win the Vitality Blast for the second time and first since 2007; Spitfires captain Sam Billings praises Cox's "raw ability" after side triumph at Edgbaston 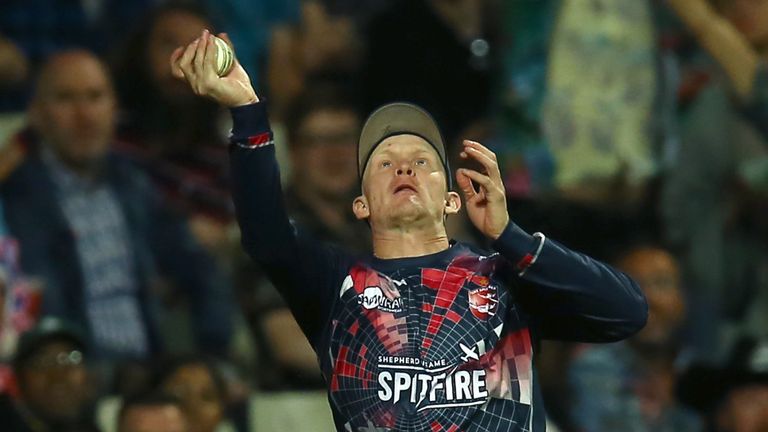 Sam Billings hailed the "magic" interventions of Jordan Cox after he inspired Kent to victory in the Vitality Blast final with an unbeaten fifty and a sensational piece of athleticism in the field.

Cox scored 58 not out from 28 balls, with three sixes and as many fours, to propel Kent up to 167-7 at Edgbaston, with the 20-year-old helping his side plunder 49 from the last three overs.

The youngster then took centre stage in Somerset's chase, leaping over the boundary rope at deep midwicket and palming the ball to Matt Milnes as Lewis Gregory was dismissed.

That left Somerset 94-6 and they finished on 142-9 to lose by 25 runs as Kent were crowned champions for a second time, 14 years after their maiden success.

Their triumph owed much to Cox, who has grasped his opportunity to impress this season with 367 runs in the competition at a hugely impressive average of 52.42 and strike-rate of 142.24. 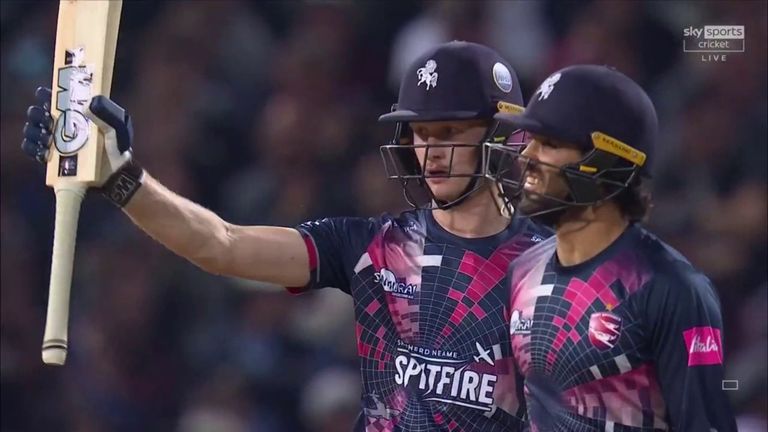 Kent captain Billings said of Cox: "He's been our best player this year in the T20 Blast.

"At times he's played a completely different knock where he's just needed to get his head down and then you've seen his raw ability that we all see.

"To do it on a big stage like that is truly special, not to mention his fielding as well. He does practice a lot and he's our gun fielder. He works hard at every aspect of his game.

"Moments like that change the game, Lewis Gregory is incredibly dangerous and a bit of magic with the bat and in the field has been the difference." 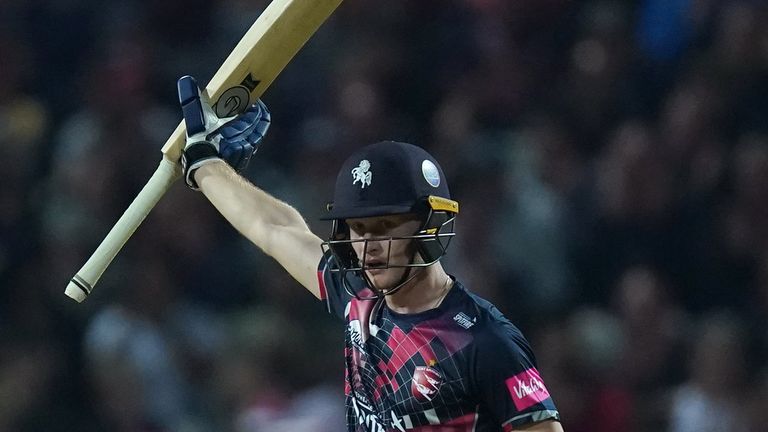 Cox said: "Playing T20 cricket you try to do all that fancy sort of stuff and it hit the middle of the palm but on another day it might have clipped the finger and gone for six.

"It's about the effort you put into it and I tried 100 per cent, if it didn't come off everybody would have said 'it was a great effort', so it was a win-win, really."

Somerset captain Gregory said: "It p****d me off, to be honest! But you see it day-in, day-out, to be fair.

"The standard and calibre of fielders and the athleticism that you see nowadays is pretty special. As frustrating as it was for me, it was an unbelievable bit of fielding." 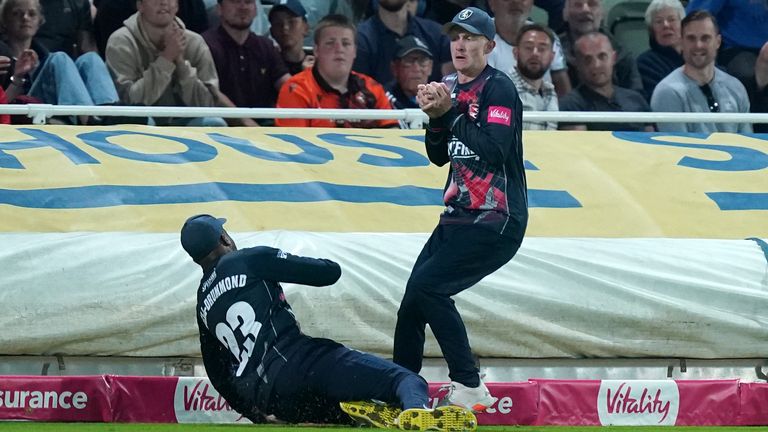 A moment of controversy arose in Somerset's reply when Cox took a catch in the deep, only to collide with Daniel Bell-Drummond, going for the ball himself but thudding into his team-mate while simultaneously touching the rope.

A six was awarded but any sense the issue would overshadow the showpiece was avoided as Will Smeed, the batsman given a reprieve, holed out to Cox later in the same over by Joe Denly, who, alongside 45-year-old Darren Stevens, were the two survivors from Kent's 2007 T20 triumph.

Watch more live cricket on Sky Sports over the coming weeks with England Women vs New Zealand Women, the IPL and the Bob Willis Trophy Final.