New Zealand spinner Ajaz Patel third bowler in Test history to take 10 wickets in innings, following India's Anil Kumble and England's Jim Laker; Patel takes all India wickets in his birth city of Mumbai - only for New Zealand to then crumble to 62 all out in reply to India's score of 325

New Zealand spinner Ajaz Patel became the third bowler in Test history to take 10 wickets in an innings as he dismissed India in his birth city of Mumbai.

Left-armer Patel - who emigrated with his family as a child - matched the feat of India off-spinner Anil Kumble against Pakistan in Delhi in 1999 and England off-spinner Jim Laker against Australia at Old Trafford in 1956.

Patel's milestone moment came when India tailender Mohammed Siraj top-edged a slog-sweep to Rachin Ravindra on the second afternoon of the second Test at Wankhede Stadium.

Welcome to the club #AjazPatel #Perfect10 Well bowled! A special effort to achieve it on Day1 & 2 of a test match. #INDvzNZ

Mayank Agarwal (38no) and Cheteshwar Pujara (39no) guided India to 69-0 at the close, with the hosts now well on course to win the game and take the two-match series 1-0.

Patel: The stars aligned for me

Speaking after his 10-wicket haul, Patel said: "It is pretty surreal. I don't think you ever really believe that you are going to achieve something like that, so to do it is pretty special. I am in illustrious company.

"I think I am very fortunate. The stars have aligned for me to have an occasion like that here in Mumbai, the place I was born. It was quite a special occasion for me and my family.

"It was about finding good rhythm and being repetitive, asking good questions of the batters." 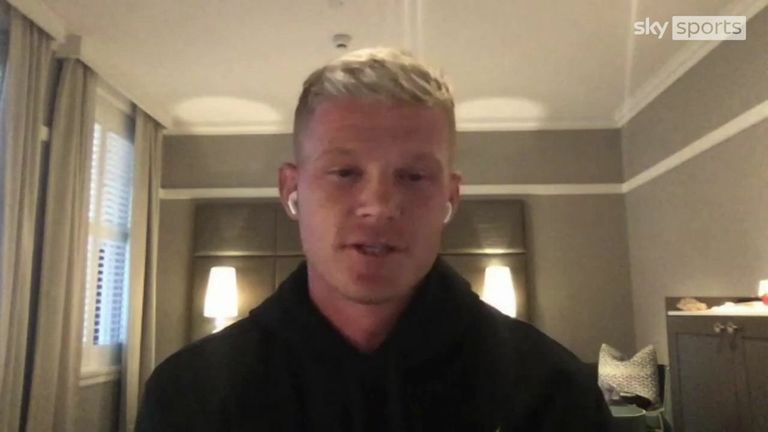 "These guys play spin so well so to go over to their own backyard, on what is a notoriously good batting pitch, is an incredible achievement. It's truly amazing and he is a great guy so everyone will be chuffed for him."

The 33-year-old picked up four wickets one day one - Shubman Gill (44) caught at slip, Pujara bowled, Kohli pinned lbw and Shreyas Iyer (18) caught behind - as India closed on 221-4.

Patel then snared the final six wickets on day two, starting when he had India wicketkeeper-batter Wriddhiman Saha (27) trapped lbw with a ball that skidded on in the first over of the morning.

Ashwin was out next delivery, bowled off stump by a beauty that spun just enough to pass the bat, as India slipped to 224-6.

Agarwal then departed shortly after reaching 150 for the third time in Tests as Patel had him caught behind to leave India 291-7 and the bowler sensing a 10-wicket haul.

Axar - who added 67 with Agarwal for the eighth wicket - become Patel's eighth victim when he was out leg before following a successful New Zealand review.

When Jayant Yadav (12) holed out to long-off, Patel was on the brink of history and there were then wild celebrations when the bowler dismissed Siraj to join the illustrious 10-wicket club.

'That's the most amazing thing I've ever seen' - Twitter reaction

HUGE congrats, @AjazP!
A historic moment to be so proud of.
WOW WOW WOW!

That’s the most amazing thing I’ve ever seen!! Ajaz Patel….what a phenomenal performance

Ajaz Patel,,,,10fer in an innings👏👏👏👏. That is the stuff of childhood dreams.

One of the toughest things to do in the game of cricket. To have an entire team in your kitty in an innings is too good to be true. Simply unreal. Well done young man - Ajaz Patel #INDvzNZ #AjazPatel pic.twitter.com/M81eUeSrX4

Sensational! Just sensational!! To take all 10 wickets in a Test innings is the stuff dreams are made of. Take a bow, Ajaz Patel, you are in the elite company of Jim Laker and Anil kumble. And to do it in the city of your birth, wow!! pic.twitter.com/iA6biAC4gz

Wonderful wonderful achievement and such a beautiful story. Delighted for you #AjazPatel.

Who is Ajaz Patel?

- Left Mumbai for New Zealand as an eight-year-old

- Picked up 29 wickets in his first 10 Tests, including two five-wicket hauls