Ben Stokes is expected to be named the new Test captain of the England men's cricket team on Thursday after holding positive talks with managing director Rob Key.

The 30-year-old Stokes wants the job and is understood to be the standout candidate and credible option after Joe Root's resignation from the role following the Test series loss in the West Indies earlier this year.

Key is set to speak to the media for the first time in his new role as MD of England men's cricket on Thursday. Stokes is not expected to be there. 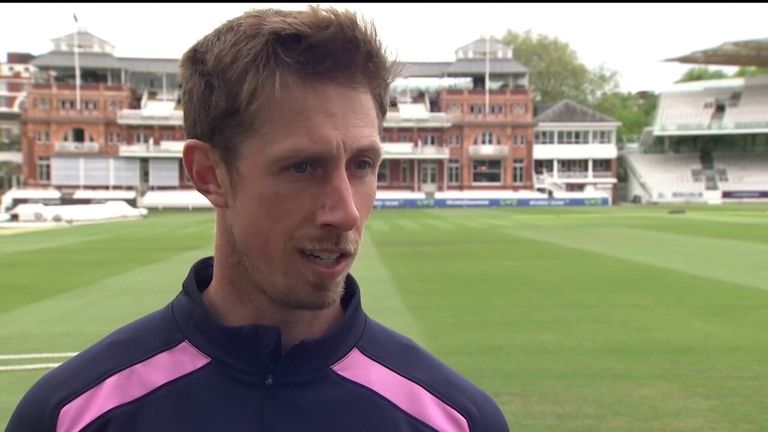 Meanwhile, the England and Wales Cricket Board has placed a job advertisement which confirms two head coaches will be appointed, one for Test cricket and another for the limited-overs formats.

England previously had two separate head coaches between 2012 and 2014, with Andy Flower at the helm for red-ball cricket and Ashley Giles in charge of the white-ball sides.

Chris Silverwood departed as England head coach after the 4-0 Ashes thrashing this winter, with Paul Collingwood taking charge on an interim basis for the 1-0 Test series defeat in the West Indies in March.

The job advert says the new head coaches will "play a central role in selecting the team for their respective format alongside a national selection panel."

The role of national selector was previously abolished in 2021 with Ed Smith leaving the ECB and then-coach Silverwood charged with heading up player selection.

The deadline for applications for the head coach roles is May 6 with first-stage interviews set to take place on May 9 and 10.

Sky Sports News understands Key, whose appointment as successor to Giles as England MD was confirmed on Easter Sunday, has not yet made any official approaches to coaches but contenders are emerging.

Former India and South Africa head coach Gary Kirsten - who was interviewed by England in 2019 ahead of Silverwood's appointment - and ex-Surrey, Sri Lanka and Ireland coach Graham Ford - who Key worked under at Kent - have expressed their interest.

Kirsten said recently he would be keen to coach England in Test cricket.

The 46-year-old, who lives in England, has extensive knowledge of county cricket after stints as a player with Lancashire, Yorkshire, Hampshire, Durham and Derbyshire.

Like Kirsten, Katich is a current coach in The Hundred - he coaches Manchester Originals while Kirsten is with Welsh Fire - and has experience coaching in the Indian Premier League.

Sky Sports News understands Australian duo Ricky Ponting and Justin Langer are not in the frame for either of the head coach positions being advertised.

Langer guided Australia to the T20 World Cup title and Ashes glory over the winter but then left his role earlier this year after turning down a short-term extension amid reports some players were unhappy with his coaching methods.

England begin their Test summer against New Zealand at Lord's from June 2, with the white-ball side back in action in a one-day international series in the Netherlands starting on June 17. What the ECB is looking for from its head coaches

The job advertisement read: "These roles are responsible for developing world-class England men's teams in both red and white-ball cricket and ensuring sustained success both at home and abroad.

"The roles will carry additional responsibility for developing a playing style and culture that inspires future generations of players and supporters."

The ECB is looking for people who can "develop a high-performance culture that drives outstanding performance, on an off the field, ensuring England teams are capable of winning consistently in all formats, home and away" and form "effective working relationships with all of the counties, drawing on the expertise and experience of coaches from around the country."

The ECB has also announced it will restart its process to appoint a new permanent chair with it felt "that no single candidate was able to fully meet the criteria".

Barry O'Brien has been standing-in as interim chair since Ian Watmore's resignation in October but will now step down from the role due to ill health, with deputy chair Martin Darlow to take the reins.

An ECB statement read: "The ECB Board met last night and has agreed to restart the process for recruiting its next permanent chair.

"Following an ongoing process involving a number of strong candidates undertaking interviews with both the Nominations Committee and a Cricket Panel it was felt that no single candidate was able to fully meet the criteria to become next chair.

"In light of this, the Board decided that the process should now be restarted. A new Nominations Committee will be appointed, chaired by Senior Independent Director Brenda Trenowden, to run the new process.

"In light of extending timelines in appointing a new ECB Chair, Barry O'Brien, who has been standing-in as Interim Chair since October, will now step down from the role due to ill health and hand over to Deputy Chair, Martin Darlow."