Cricket Scotland make "progress" following independent review into racism, but do not meet all targets by deadline

Cricket Scotland, which failed 29 of 31 'tests' used to measure institutional racism earlier this year, are yet to complete four of several recommendations to the governing body following the review, including board recruitment.

Cricket Scotland have made "progress" following an independent review into racism in within the sport, but have not met all their targets by Friday's deadline.

Following an in-depth process with close to 1,000 direct engagements, the report concluded that the governance and leadership practices of Cricket Scotland were institutionally racist.

Independent investigators had found 448 indicators of institutional racism, while Cricket Scotland failed on 29 of 31 'tests' used to measure the problem and only partially met the required standard on the other two.

Sixty-eight individual concerns were referred for further investigation, including 31 allegations of racism against 15 different people, two clubs and one regional association. The allegations included racial abuse, the use of inappropriate language, favouritism to young, white children from public schools and a lack of transparent selection process for non-white players. In some cases, multiple concerns have been raised against the same individual. 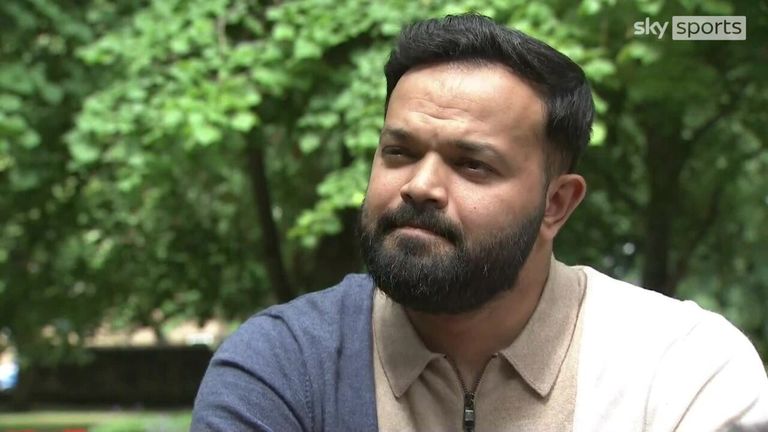 Former Yorkshire cricketer Azeem Rafiq, who was racially abused during his time as a player, encouraged more players to speak out in Scottish Cricket after its governing body failed on almost all tests of institutional racism.

Four or the several recommendations are yet to be completed:

A target was set to appoint a new diverse board, after the previous one quit a day before the independent report was published. The board was required to consist of a minimum of 40 per cent men and 40 per cent women, and ensuring that a minimum of 25 per cent of the total board makeup came from of Black, South-East Asian, or other mixed or multiple ethnic groups.

It is expected this will now be completed by October 21, three weeks later than planned, while Sky Sports News understands a new independent chair could be in place well before then.

It was outlined Cricket Scotland must develop an action plan to address the immediate actions and short-term KPIs contained within the report. While this has not been met, it has been sent to Running out Racism and Sporting Equals for greater consultation prior to a final sign-off and will be published in the coming days. 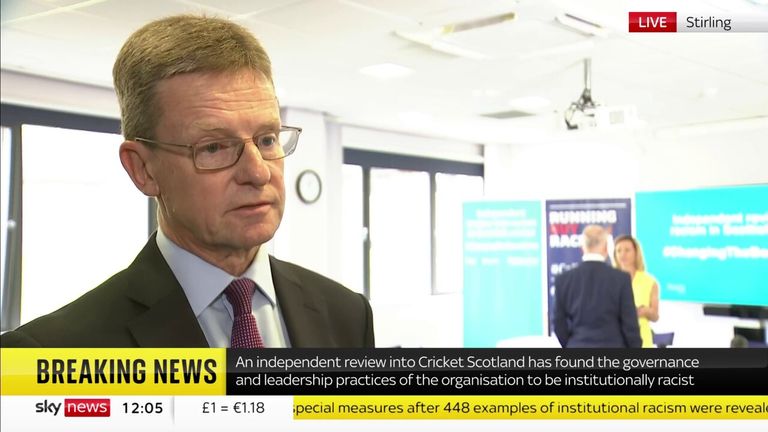 'Everybody in the sport, at every level, has to look at the role they've played in this' said Cricket Scotland's interim chief executive Gordon Arthur following the review earlier this year

An urgent and independent review into the overall effectiveness of the Western District Cricket Union committee's implementation of the disciplinary processes was required.

The union organises and promotes cricket to half the population of Scotland.

This has not been met. However, a new executive committee is in place, with half of those in place from ethnically diverse communities, and that independent review of disciplinary process will be completed by October 30.

Cricket Scotland were also required to address the backlog in referrals generated from the review. All 68 individual concerns that were referred for further investigation to organisations, including Police Scotland, are being independently looked at, with investigations underway where appropriate.

Three areas that have been completed and remain ongoing include Cricket Scotland being placed in special measures by sportscotland - Scotland's national agency for sport. This will remain in place until October 2023.

The WDCU are also in special measures while the union's role in managing all disciplinary matters relating to its competitions and clubs has also been suspended, with those powers being handed to an alternative organisation to manage. 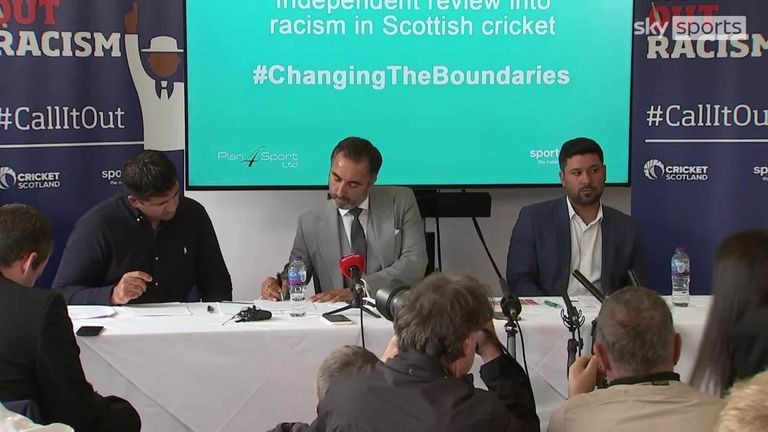 The lawyer representing former cricketers Majid Haq and Qasim Sheikh, Aamer Anwar, has called a report on the institutional racism in the sport and indictment of Cricket Scotland - and says it is a warning for other sports.

Chief Operating Officer of sportscotland, Forbes Dunlop, said: "In the eight weeks since publication of the Changing The Boundaries report, Cricket Scotland has made progress in several areas. However, it is important that further progress is achieved over the coming months to deliver the cultural change that we all want to see in Scottish cricket.

"The significance of the Cricket Scotland board appointments cannot be underestimated. The recruitment process for the independent chair and non-executive directors is ongoing and it is essential that Cricket Scotland appoints a diverse board that has the skillset to take the sport forward. That will be an important step in demonstrating real and meaningful change.

"It is unacceptable that anyone has experienced racist abuse and discrimination while playing cricket, and where that has been the case, steps must be taken to address the past. Referrals made as part of the review are now being reviewed and where appropriate investigated as part of a fully independent and robust process.

"Today's interim progress update and the associated Cricket Scotland short-term action plan must be followed up with robust actions and genuine cultural change within the sport. We will help Cricket Scotland to rebuild while keeping all options on the table to ensure they deliver on all recommendations in the Changing The Boundaries report."

Arthur: 'Much progress has been made'

Interim chief executive of Cricket Scotland, Gordon Arthur, said: "It has been a challenging two months for everyone at Cricket Scotland since Changing The Boundaries was published. A lot of good work has been done on the review process for referrals, the action plan, starting the long process to rebuild trust with our communities and to begin the change the culture that is needed in Cricket Scotland.

"This first of five quarterly reports demonstrates that much progress has been made, in addition to delivering 11 home international cricket matches, preparing the women's and men's international teams for World Cup qualifiers and the final weeks of the domestic season.

"We look forward to the appointment of a new board to help drive the work forward and are grateful for the ongoing support of sportscotland."