Pakistan vs England: Mark Wood ruled out of opening Test due to hip injury

Mark Wood will miss the first Test between Pakistan and England in Rawalpindi from December 1-5, although he could return in the second Test in Multan from December 9; watch England's tour of Pakistan exclusively live on Sky Sports

England fast bowler Mark Wood has been ruled out of the opening Test against Pakistan due to a hip injury sustained at the T20 World Cup.

Wood missed the semi-final and final of England's T20 World Cup triumph in Australia and was rested from last week's training camp in Abu Dhabi.

The 32-year-old was hoping be fit to to feature in the series opener, beginning in Rawalpindi on Thursday, although head coach Brendon McCullum has confirmed that Wood will not be involved.

"Mark's not going to make the first Test squad unfortunately because of his injury," McCullum said. "We expect him to be ready for the second Test and otherwise we've got a full squad to pick from."

England's other seam-bowling options in Pakistan are record wicket-taker James Anderson, Ollie Robinson, Jamie Overton and all-rounder and captain Ben Stokes, who has revealed he will donate his match fees from the series to the Pakistan Floods Appeal.

Stuart Broad is missing the series for family reasons, with the 36-year-old recently becoming a father.

McCullum: Ahmed is a 'rough diamond'

Ben Duckett and Keaton Jennings are vying to open the batting with Zak Crawley after Alex Lees was dropped, while Liam Livingstone, Will Jacks and Rehan Ahmed could make their Test debuts during the series. 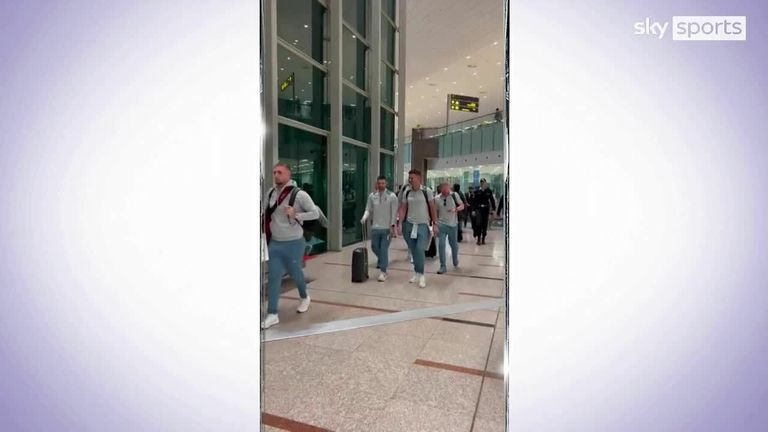 Leicestershire leg-spinner Ahmed, 18, would become the youngest man to play Test cricket for England, surpassing Brian Close, who was 18 years 149 days when he played against New Zealand in July 1949.

On Ahmed, who has played just three first-class games, McCullum told Sky Sports: "A couple of guys mentioned that he might be someone we need to look to get into the system sooner rather than later as he has natural flair and talent across all three disciplines.

"I think it's a great feather in the cap of the skipper, my coaches and the senior players that we feel confident enough to bring an 18-year-old kid who is incredibly raw - clearly a rough diamond and nowhere near the finished product - into the environment. If we don't get the best out of him, it is our fault, not his"

Stokes announced on Monday that he would be donating his match fees from the series to the appeal.

At least 1,600 people were killed and millions left in need of aid following the devastating floods that hit the region earlier this year.

Stokes wrote on social media: "To be back here after 17 years as a Test side is very exciting. There is a sense of responsibility amongst the playing and support group and to be here is special.

"The floods devastated Pakistan earlier this year was very sad to see and has had significant impact on the country and the people.

"The game has given me a lot in my life and I feel it's only right to give something back that goes far beyond cricket. I will be donating my match fees from this Test series to the Pakistan Flood appeal.

"Hopefully this donation can go towards the rebuilding of areas of Pakistan most affected by the flooding."

Watch England's first Test series in Pakistan since 2005 exclusively live on Sky Sports. Live coverage begins on Thursday from 4.30am on Sky Sports Cricket ahead of the first ball at 5am.