"If you were to model yourself on a sportsman, Cook would be your role model" Graham Gooch says no one worked harder than the retiring Alastair Cook at scoring runs for England at the top of the order.

Cook, who announced he would retire after England's fifth Test against India at The Oval, is England's leading run-scorer in Test matches after surpassing Gooch's tally in 2015.

Gooch, a long-term mentor for Cook, believes no other player could match the 33-year-old's determination and work rate, saying England should be "proud" of having a role model like him.

"I don't think his decision has been determined by this series, I think he's been thinking about that for a while," said Gooch.

"I can understand that, as mentally if you've not got that 100 per cent focus on what you're doing mentally, then the rest of your game won't work.

"No one could match his determination, desire, his will to win, his will to score runs, and his ability to get the absolute best out of his skills. No one worked harder than him at scoring runs at the top of the order."

Asked if he would be remembered as England's greatest opener, Gooch replied: "I think there's a good chance. Others might say that other players are up there with him but you can't dispute what he has done for England and the amount of runs.

"He's been England's rock, he's very single-minded on what he wanted to achieve and the way he went about it. He worked very hard, fiercely in the mornings sometimes, and he has enhanced his game over the years. 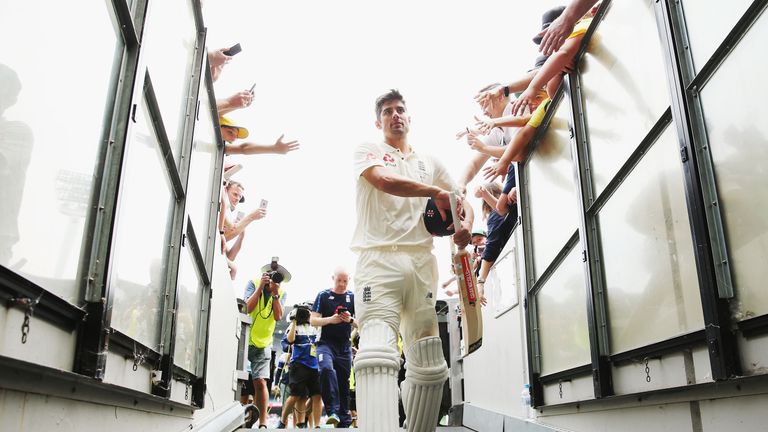 "If you were to model yourself on a sportsman, he would be your role model.

England's national selector Ed Smith and his team must now decide on a replacement for Cook, but Gooch does not think there is an obvious choice.

"Our top order has not been firing all summer and before, our middle order has got us out of a bit of trouble but this [Cook's retirement] will clear the deck, so to speak," Gooch added. "Keaton Jennings they've tried, he's tried hard, obviously he is a good lad but it's not worked for him at the moment.

"I think Rory Burns has scored the most runs [in the County Championship this season], he's 28. They're going to have to look at everyone. I don't think there's been anyone leaping out otherwise they would already be probably in the squad."