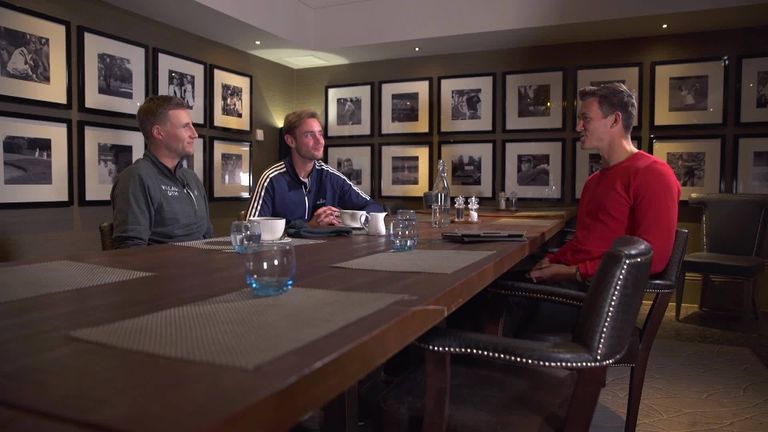 England captain Joe Root and fast bowler Stuart Broad headed to The Belfry for a spot of golf before sitting down to reflect on a long and successful international summer.

Click on the video above to watch to see whether Root or a Belfry professional - playing in place of Broad who was unable to compete due to the broken rib he suffered during the fifth Test against India - came out on top on the Birmingham course.

The pair then sat down to discuss England's series draw against Pakistan and their impressive 4-1 victory over India.

Both senior players were impressed by how the younger and less experienced members of the squad, including Jos Buttler, Sam Curran and Ollie Pope fared on the big stage and the character they showed.

In particular, Root and Broad praised Curran's fearless nature, with the Surrey all-rounder's Test captain likening the 20-year-old to Ben Stokes in his ability to change the course of a match.

Despite England's continued struggles to score runs at the top of the order, Root has backed his batsmen's abilities and called on the players to be smarter, batting with more intent to put the opposition bowlers under pressure first.

Broad explained the entire team's desire to ensure they gave Alastair Cook the perfect send-off in his final international match by beating India - while Root described the emotion out in the middle when the former England captain reached a fairytale century in his final innings.

And, with a challenging winter ahead as they head to spinner-dominant conditions in Sri Lanka, Root is aware that England cannot bask in the glow of an impressive series win over India.

Click on the video above to watch the interview with Root and Broad and watch the first one-day international between England and Sri Lanka live on Sky Sports Cricket on Wednesday, October 10.