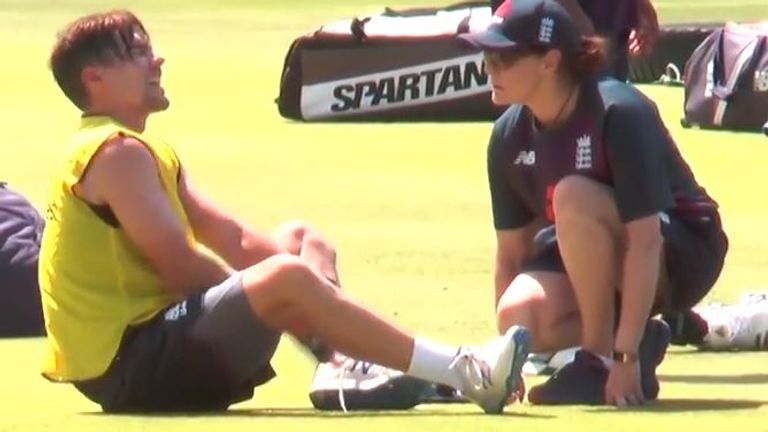 England opener Rory Burns is a doubt for the second Test against South Africa after injuring his left ankle playing football in training.

The 29-year-old - who top-scored with 84 in his side's 107-run defeat to the Proteas in the first Test at Centurion - could be replaced in the XI by Zak Crawley should he be ruled out of the Cape Town Test, which is live on Sky Sports Cricket from 7.30am on Friday.

Crawley made his debut batting at No 6 in New Zealand last month but is an opener at county level and scored 820 runs for Kent in County Championship Division One last season.

"This will open a whole new can of worms because [England's managing director of cricket] Ashley Giles announced when he first came in that the one thing he wants to stop is football before a game because he sees the number of injuries through it.

"Matt Parkinson and Ollie Pope had a little to-do in their football training [on Wednesday]; I think Parkinson went in a little bit tough.

"They are told to play football but to not tackle and have no physical contact. But you know what it's like when 15 players get together - they can't hold themselves back. 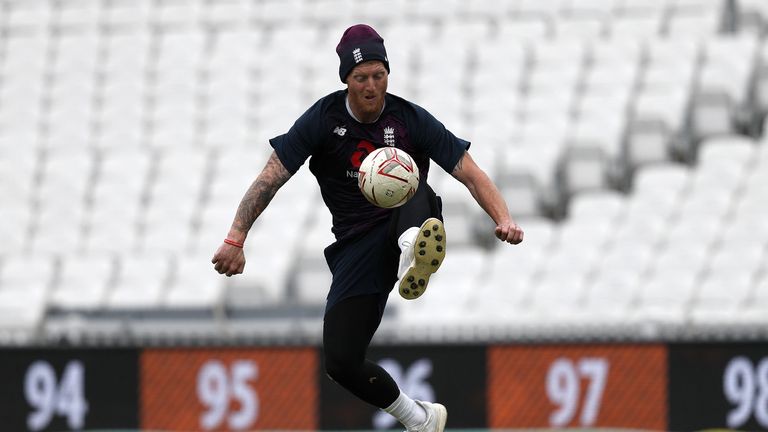 "You have to balance it. People at home will be thinking 'we're not paying them to go out and play football' but it is their one release. They love it.

"You watch them play in the morning - it's like 'we know we've got a lot of pressure for the next six hours, this is our five minutes of forgetting that and having a bit of fun'.

"It gets them warm and loose but if you keep having injuries, Giles may well ban it again."

Should Burns miss out, Hussain says he would promote Joe Denly up to open from No 3 and retain Bairstow, who had looked likely to be replaced by Pope at Newlands with the Surrey batsman over a virus.

"Denly has opened a lot [in county cricket]; he can bat in any position and he's in good nick," added Hussain.

"I know that would be messing him around a little bit but there's not much difference between batting at three and opening.

"Crawley hasn't had that much cricket on this tour. He played in the last Test match in New Zealand but only got one, so I would probably give Bairstow one more go. This is Bairstow's ground - he got 150 here last time.

"This isn't last-chance saloon for him but if he plays here he has to take his chance; if not, England are going to look forward to Crawley."

Watch day one of the second Test between South Africa and England, in Cape Town, live on Sky Sports Cricket from 7.30am on Friday.