Who are the best coaches in cricket and across the sporting world?

One coached England to their first Ashes victory in 18 years, the other to their maiden 50-over World Cup title.

Duncan Fletcher and Trevor Bayliss left an indelible mark on English cricket during their stints as head coach, so how were they able to help their sides to glory?

That was discussed on the latest Sky Sports Cricket Vodcast as Nasser Hussain, Rob Key, Michael Atherton and David Lloyd talked about the art of coaching - in cricket and beyond - in a show you can watch in the YouTube stream at the top of the page or listen to in the Spotify player below.

"I thought Duncan was the best and I still do. I loved him because he was a principled man and stood by what he believed in," Hussain said of Fletcher, whom he worked with closely during his time as England captain between 1999 and 2003.

"You could argue whether he was right or wrong with wanting pace in the bowling, character in the batting, fitness etc but he had these principles that whatever the press or anyone else was saying he was going to stick with [what he believed].

"I admired him for doing that and will always have Fletcher as one of the great England coaches and in world cricket.

"Other coaches used to tell me and other cricketers what they were doing wrong but it's about what you are going to do to correct it. That's what Duncan was very good at. He would look at someone's trigger movements, analyse an opposition, and work out how a player could improve."

Fletcher, and then-captain Michael Vaughan, masterminded England's 2-1 win over Australia in 2005 as the hosts regained the urn for the first time since 1986-87. 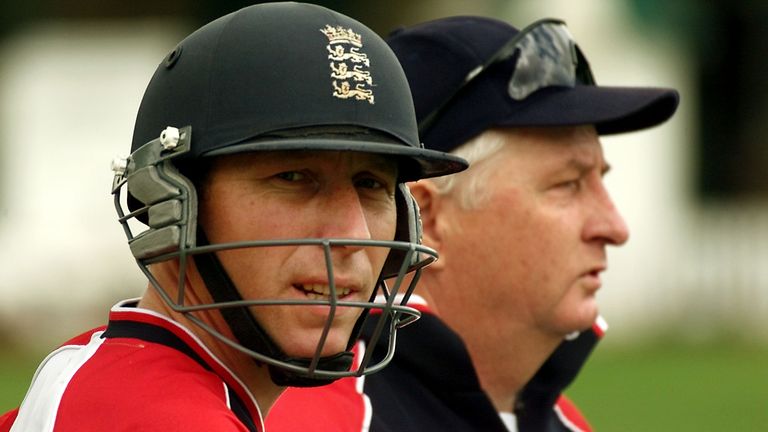 I saw Duncan as a very good technical coach, particularly for batting – he knew the angles and nuances of the game and would make a good batsman better. That may sound obvious and easy but I think it is far easier for a coach to make a player worse. I think there are a lot of bad coaches around and a bad one can do far more damage than the positives a good coach can bring.

Fourteen years later, Bayliss was coach as skipper Eoin Morgan propelled England to a first World Cup crown, four years after they had been dumped of the 2015 tournament in the group stage.

England's white-ball side twice hit the highest ODI score in history under Bayliss, racking up 444-3 against Pakistan at Trent Bridge in 2016 and then 481-6 against Australia at the same venue in 2018.

Hussain said: "I remember [former England managing director of cricket Sir Andrew] Strauss telling me he wanted a coach who would let the players go out and express themselves. And the greatest thing England's greatest-ever white-ball coach did was actually do nothing!

"He said to his players 'you have talked a good game about going out and being carefree, now it's over to you'. He let them do it and never doubted it.

"When England were rolled or played silly shots, he never came to [broadcasters] and said, 'they weren't very good today. They were rubbish and we won't be doing that again. We are going to go back to the old way'.

"Like with my Fletcher point, have your principles and never turn on them or doubt yourself." 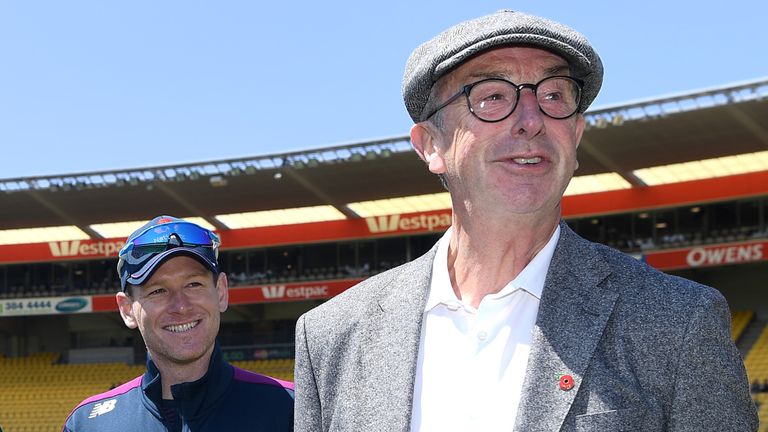 Looking from a distance, I really liked Darren Lehmann. He was up and at ‘em, a bit in your face, and I think he suited Australia. For England the two most impressive I’ve seen are Fletcher and Flower, but Micky Stewart was probably England’s first coach and he was an organiser, a facilitator, he got everything ready for the players.

On Bayliss - who left his role as England coach in September and has since been replaced by Chris Silverwood - Atherton added: "Bayliss is absolutely fascinating to me.

"The players speak unbelievably highly of him, they love him to bits, and he has an outstanding record, particularly in white-ball cricket, even though if you spoke to him he would profess a greater love of Test cricket.

"But if you said to me during his time as England coach what did he do, I would be stumped to know. What we don't see, although we have started to see it a bit now with documentaries like The Test [on the Australia side], is what happens behind the scenes.

"I think what they loved about Bayliss was his ability to remove pressure at the top level rather than add layers to it. The best coach of a team I had was probably Graham Ford, because he got out of your way. He didn’t put any restrictions on. He was like ‘bat well, bowl well, field well and you’ll win games of cricket’. Bad coaches say things like ‘let’s have wickets in hand at the end of the day’ or ‘don’t do that’ and that would drive me mad.

"I think the best technical coaches should work with the 16-19 age group so you get good habits drilled into them at a key age when you're developing as a player.

"What you want as the highest level is good selectors to work out who the best players are and then good managing of that side."

Also on the podcast, our pundits discussed…