The entire touring party were tested on arrival in Sri Lanka on Sunday and following his positive test result, Ali will now self-isolate for 10 days.

The entire touring party had tested negative before departure. "Ali will now observe a period of 10-days self-isolation, in accordance with the Sri Lanka Government's protocol on quarantine.

"Chris Woakes has been deemed as a possible close contact, and he will observe a period of self-isolation and further testing.

"The touring party will be PCR tested for a second time on Tuesday morning. At this stage, the team will train for the first time on Wednesday."

The first Test of the two-match series starts in Galle on January 14 and although the isolation period is due to end the day before, it remains to be seen whether either Ali or Woakes will be available for selection.

Anderson in best shape as he targets success in Sri Lanka 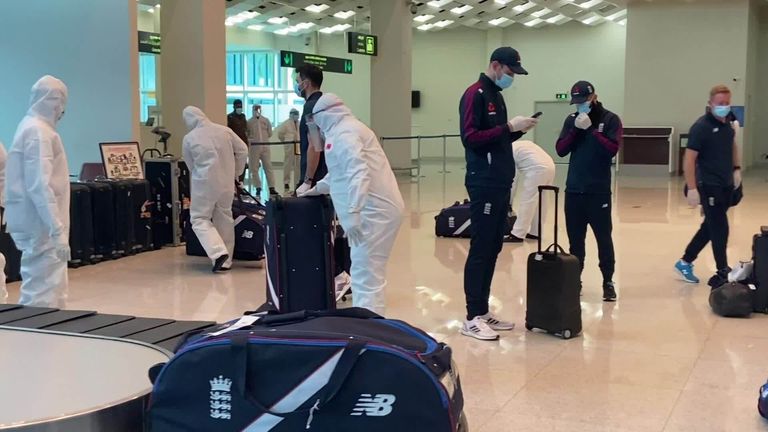 James Anderson says he is in better shape than at any point in his thirties as England prepare for their two-Test series in Sri Lanka.

Questions about how long he will continue to play have followed the 38-year-old for years but as Joe Root's side begin a year in which they could play as many as 17 Test matches, Anderson insists he is raring to go.

While England supporters may have their sights on of an away Ashes series at the end of 2021, the leader of the attack is only thinking about the challenge of taking wickets on the typically spin-friendly decks in Sri Lanka.

"On the last couple of tours, obviously spin has been a huge part of our success here, the wickets have really suited the spinners," Anderson told reporters.

"But as a seam bowler, we have got a good pace attack here, you are still in the game and there are opportunities to take wickets, there's reverse swing, the new ball does swing as well.

"I have had some success at Galle before and I know some of the other seamers have as well. It's not all doom and gloom for us seamers, we have got to be ready to put in a big shift over these next two Test matches.