England should have edge over India if pink ball swings in day-night Test, says Zak Crawley

England's Zak Crawley says he is progressing well from wrist injury which sidelined him from first two Tests against India; batsman vows not to rip up method against spin, despite struggling against Lasith Embuldeniya in Sri Lanka series

Zak Crawley thinks England will have the edge in the day-night Test against India if the pink ball swings as much as it has done in training.

Batsman Crawley is hoping to return to the England XI in Ahmedabad from Wednesday having missed the first two Tests in Chennai with a wrist injury after slipping outside the changing room.

The 23-year-old feels the fact he and his team-mates have learned their cricket in seam-friendly conditions will give them a boost as they look to rebound from their second-Test hammering and take a 2-1 lead in the four-match series at the 110,000-capacity Sardar Patel Stadium.

"I think it will play into our hands," said the Kent batsman, when asked whether playing against a moving ball could make England favourites. 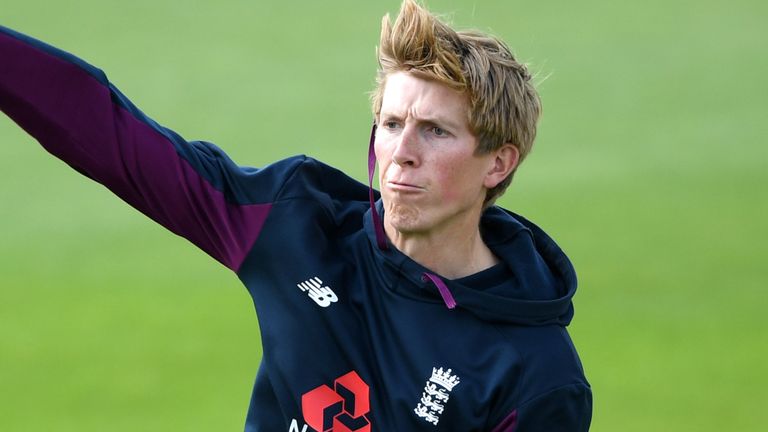 "We have grown up with those conditions, trying to play the ball late in seaming conditions, so you would say we would be more adept at it than the Indians.

"That's probably why they are unbelievable players of spin, because they have grown up with it.

"That said, they have an unbelievable seam attack and incredible batsmen so it won't help us too much. They will be more than capable.

"[The pink ball] seems to be swinging more than the red ball, doing a bit more for the seamers. I expect a bit more seam in this game and for the seamers to have more of a chance than perhaps they did in the last couple of Tests.

"It also seems to be a bit harder so the spinners are skidding it on a bit more. The spinners are still going to have to play a big role and I would be surprised if they produce an absolute green seamer."

Crawley declared himself fit for the third Test as he explained the nature of the "freak" injury he suffered in Chennai - and how he was "disappointed" when he learned carpet had been laid outside the India dressing room but not England's.

The right-hander opened for his team during the 2-0 series win in Sri Lanka with Rory Burns on paternity leave and says he would have no qualms fulfilling that role again - although he would prefer the No 3 spot, from where he hit 267 against Pakistan at The Ageas Bowl last August. 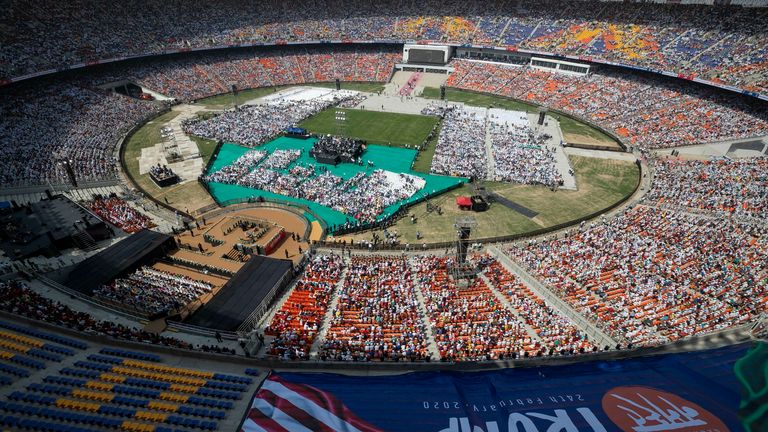 It's impressive for sure. When you are out in the middle, it's a massive playing area and the stands are enormous. It is going to be an unbelievable game, especially with 55,000 people there, way more than quite a few of us have played in front of. It is going to be a great experience.

"I have improved quite a bit, doing plenty of batting in the nets, making sure I am as fit as possible for this Test and that there is a chance I can be selected," said Crawley.

"I was one of the first players to go out onto the field, with my spikes on, and basically my feet went out from underneath me. To protect my head, I stuck my hand out and it was one of those freak incidents where my arm took all the weight.

"It was a real shame to do that and miss some Test cricket. It was quite difficult not to dwell on it but it was important for me to look ahead.

"I was trying my hardest to be back for the second Test, that was what motivated me. Unfortunately, I didn't quite do that in time but I am glad to be on the mend now and it is looking positive.

"I can't wait [to come back]. Whether it's this Test or down the line, I will be working hard to make sure I am ready for whenever I play next.

Crawley scored only 35 runs at an average of 8.75 during the two Tests in Sri Lanka with a top-score of 13, as he was dismissed four times out of four by left-arm spinner Lasith Embuldeniya.

However, the batsman says he has not made sweeping changes to his game-plan against spin and is instead focussed on polishing his current method.

Reflecting on the Sri Lanka series, Crawley added: "It was a great learning curve. I learned I need to be a bit sharper but I got a couple of good balls. I still back my game again spin so it's important not to change too much.

"There is a lot of scrutiny in Test cricket and it is very easy to change but I am not going to let a few dismissals change the way I play.

"The top players keep it simple - Joe Root is an unbelievable player of spin and that's because he gets right forward and right back.

"That's what I am going to try and do. Use my height a bit more to get forward to the spinners and right back.

"Down the line, if it continues to be a problem then that is something to look at but for me, it's all about sticking with what I know - my opinion and the opinions of those who have been around me a long time."