A new England squad will be named as initial team forced to isolate due to three players and four backroom staff testing positive for Covid-19; Ben Stokes will return to England side as captain; England play Pakistan in the first ODI in Cardiff on Thursday, live on Sky Sports Cricket

England have been forced to select a new team for the Pakistan ODI series after seven positive Covid-19 tests pushed the entire squad into isolation.

Ben Stokes will return to the England side as captain after several weeks out with a fractured finger, despite Eoin Morgan initially saying it would be too soon for the all-rounder to be considered.

The rest of the new team to face Pakistan will be named later on Tuesday.

"We have been mindful that the emergence of the Delta variant, along with our move away from the stringent enforcement of bio secure environments, could increase the chances of an outbreak," said Tom Harrison, chief executive at the ECB. 'Anderson & Broad could get a call-up!' - Who will be in the new England team? 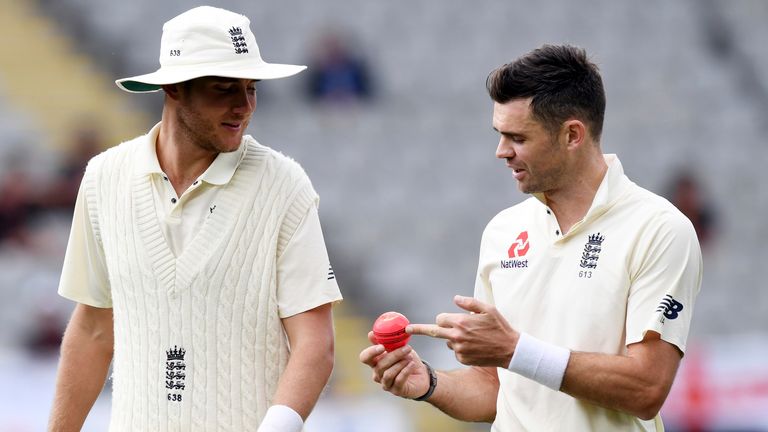 Former England opener Michael Atherton discusses whether veteran bowlers James Anderson and Stuart Broad could return to the one-day side against Pakistan, after the current squad was forced into isolation following a coronavirus outbreak.

Hussain believes England will still be able to put out a "pretty good side" against Pakistan, suggesting even James Anderson and Stuart Broad could get a call-up to fill the gaps.

"It will be disruptive but English cricket can handle it a little bit better because of the depth, especially to their white-ball squad," he said.

"I think it was Sam Billings last year said the white-ball team was one of the hardest teams in the world to get into. So because they have so much depth, I think they will handle it and the side that they put out on Thursday for the first ODI against Pakistan will be a pretty good side, to be honest.

"I've got some names here: Stokes as captain, I think Jos Buttler and Ollie Pope are still injured, Dawid Malan is away for personal reasons but you could then go James Vince, Zak Crawley, Ben Duckett, Harry Brook, Dan Lawrence, [Matt] Parkinson, [Sam] Hain, [Saqib] Mahmood, [Will] Jacks, [Phil] Salt, [Ben] Cox, Craig Overton - even Anderson and Broad might get a call-up!

"There is a lot of young, or youngish, talented white-ball cricketers out there."