England captain Joe Root has returned to the top of the ICC Test batting rankings for the first time in six years.

Root has scored centuries in all three Test matches against India this summer and is the series' top run-scorer with 507 runs at an average of 126.75, heading into Thursday's fourth Test at The Kia Oval.

His outstanding form in 2021, which has seen him hit six centuries and one fifty, sees him overtake New Zealand captain Kane Williamson to become the top-ranked Test batsman.

Root began the year ranked ninth in the charts with a rating of 738, having failed to score a single century in 2020. 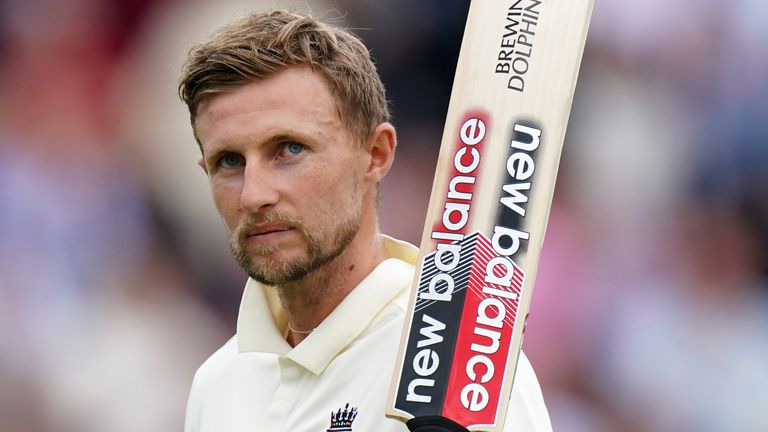 Root said: "[Being No 1] is not something I have as a main focus but I am obviously proud to hear that I have achieved that. It would be nice to be able to stay there now and continue playing the way I am. As nice as it is, there is still so much hard work to do.

"My focus doesn't change. It's all about continuing to get better and hopefully setting up games for us to win Test matches. My focus is to try and keep scoring runs in this series and get us over the line

The ICC No.1 ranked men's Test batter in the world, @root66 🔝🤩 pic.twitter.com/I2pkXsvXGO

"Hopefully the form of my life is still to come but, certainly, I feel very good at the minute.

"I need to stay focused and diligent in my preparation and the work I am doing behind the games so I give myself the best chance to keep banging out some good scores."

In climbing to the top of the charts, Root has overtaken India captain Virat Kohli, Australia duo Marnus Labuschagne and Steve Smith and Williamson, with Root the only batsman to score more than 800 runs this year.

The run-scoring burden that sits on Root's shoulders for England is exemplified by the fact Ben Stokes, currently on an indefinite hiatus, is England's next batsman on the list at number 16, while of the players currently in the squad, Rory Burns sits 24th.

For the first time in almost four years, Kohli is not his side's top-rated batsman. After just one half-century in seven innings since arriving in England, he has been usurped by opener Rohit Sharma at number five.

Among the bowlers, former world number one James Anderson is England's leading name, back up to number five in a list led by Australian Pat Cummins, while Ollie Robinson's player of the match performance at Headingley sees him jump up to 36th place after only four Tests.