England fly out to Middle East on Monday aiming to add T20 crown to 50-over title they won in 2019; Jos Buttler: "I know we are missing Ben and Jofra, who are two superstars of the game, but I still look down that list and see some real match-winners"

Jos Buttler is confident England will depart for the Twenty20 World Cup firmly among the favourites, despite the absence of "superstars" Ben Stokes and Jofra Archer.

England will fly out to Oman on Monday where they will complete a mandatory quarantine period before heading to their tournament base in Dubai next Saturday.

When England landed the 50-over crown at Lord's in 2019, Buttler, Stokes and Archer were the men who delivered for their country when the pressure was on.

As well as excelling throughout the final against New Zealand, the trio were called upon to settle an unprecedented 'super over' - with Stokes and Buttler batting in the six-ball decider and Archer chosen as the bowler to close it out.

But with Stokes on an extended hiatus due to mental health issues and Archer recovering from a long-term elbow injury, England's hopes of becoming the first men's side to hold both limited-overs trophies at the same time have been dented.

Buttler, though, is buoyant about the prospects of doing an unprecedented double.

"I think we're certainly one of the favourite teams. I know we are missing Ben and Jofra, who are two superstars of the game, but I still look down that list and see some real match-winners in our side," he said.

"I think any side in the world would miss those guys but I'm really excited about the squad we've got.

"There are other fantastic teams around - India are always strong, the West Indies have a lot of experience in T20 cricket and a lot of six-hitting ability - but we are a really good team.

"We will focus a lot on ourselves, playing to the best of our ability and if we do that, I think we'll go a long way. To become double world champions would be a huge achievement and it won't be easy, I think we all understand that."

In the absence of Stokes and Archer, England head coach Chris Silverwood could find himself relying on two players who were firmly on the periphery of the set-up 12 months ago to add some 'X factor' to a familiar unit.

Liam Livingstone has seen his stock soar recently, with his fearless ball-striking quickly emerging as the number one attraction in the first season of The Hundred before he struck England's fastest-ever international century in July - a 42-ball blitz against Pakistan. 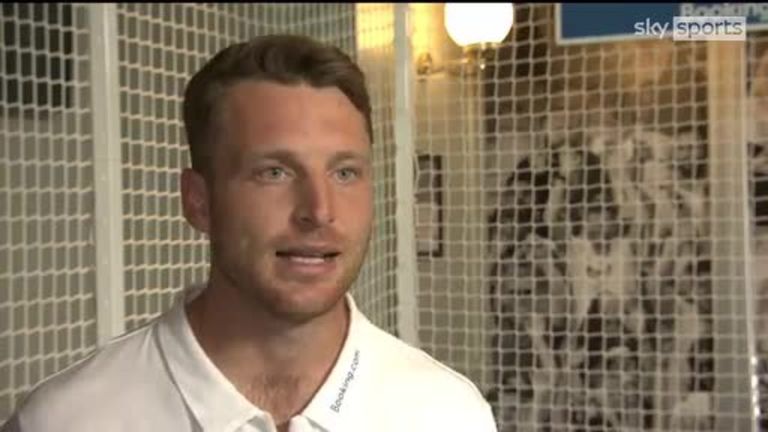 Archer's spot, meanwhile, has been scooped up by his Sussex team-mate Tymal Mills - another success story over The Hundred with Southern Brave, and a death-bowling specialist who last played for England in 2016.

"Liam had a fantastic summer," said Buttler. "The century against Pakistan and The Hundred - he was the poster boy of that - so he will go into the tournament full of confidence.

"We have a number of match-winners and Liam is another one of those. I enjoyed watching The Hundred and it was great to see Tymal operating.

"We've seen him before in an England shirt and it's a fantastic story for him to be back now at a World Cup.

"He's got that left-arm angle, extreme pace and he's got a good slower ball, so he's a great guy to have in your squad and someone who can pose a lot of problems."

England begin their campaign on October 23 against the West Indies and also share a group with Australia, South Africa and two first-round qualifiers.