The Ashes: Mark Wood provides England with a rare plus-point on a disastrous tour of Australia

On an Ashes tour where just about everything seemed to go wrong for England, fast bowler Mark Wood provided a rare ray of light for Joe Root's side; Wood was England leading wicket-taker with 17 at 26.64 and his pace had even the world No 1 batter hopping about the crease

You might be surprised to hear that positives were few and far between for England during their Ashes tour. No, really.

However, on the day the series ended with their umpteenth batting collapse in the last month or so, they found one charging in off his long run as Mark Wood claimed his first Ashes five-wicket haul, ending with career-best figures of 6-37.

In truth, Wood had been chalked up as a plus point - just above 'at least it wasn't 5-0' and 'thank goodness it's over' on a very short list - long before bouncing Australia out at the Bellerive Oval. This was simply a long overdue reward for his unrelenting efforts across the series.

"Not many enhanced their reputation, but Mark Wood did," former England captain Michael Atherton said.

"He bowled with great hostility and spirit throughout, and Australian crowds took to him as they saw a great trier, a battler. I was thrilled he got his rewards at the end with those wickets after his performances throughout the series."

Coming into the series there was pressure on Wood to perform. England's plan had been to hit Australia with pace on the usually dry, bouncy surfaces but injuries to Jofra Archer and Olly Stone left the Durham man as the sole 90mph-plus option at Joe Root's disposal.

From having the ability to pick two from three of the express fast bowlers, enabling the tourists to rest and rotate the quicks as and when necessary, Wood became the lone point of difference and had to carry the expectations of what those extra few miles per hour on the speed gun could do to the Australia batting line-up.

The pitches over the five Tests proved to be very different to what has been seen on previous tours and, of course, the pitch where his additional pace was most needed came in the only Test of the tour in which he was rested.

"I think the worst selection was Adelaide... on the best pitch of the series," Atherton added. "It was utterly baffling to me that Mark Wood was left out of that second Test match. He's played the three games since, two of them being dead rubbers."

Given Wood's record with injuries, England were always going to be cautious with him and they have made a point of not playing him in back-to-back Tests in the last year.

However, that was in no small part to ensure that he was in peak condition for The Ashes. So, to then leave him out in a crucial match when the series was still very much alive seemed extremely odd, especially given the pitch, and appeared to be a premeditated decision based on the belief the pink ball would swing for their more traditional English-style bowlers with little to no consideration for the actual surface the game was being played on.

England lost heavily to go 2-0 down and Wood returned with his side needing a miracle to regain the urn. He cannot be blamed for the errors in selection though and when he was picked, he performed as he finished the series as England's leading wicket-taker with 17 at an average of 26.64.

It was who, as much as how many, he was getting out that showed what he brings. Across the series he dismissed Marnus Labuschagne three times, Steve Smith twice and got David Warner once, and all of Australia's big three looked jumpy against the pace and aggression of Wood - it doesn't matter how good the batter, relentless 94mph rockets are going to challenge you.

Wood is obviously not perfect and in the first innings in Hobart, he and Chris Woakes were unable to maintain the pressure on Australia after Stuart Broad and Ollie Robinson had reduced the hosts to 12-3. A lack of discipline and consistency of line and length aided the Aussies' counter-attack but there was the only time Wood really misfired in the series - and even then he showed the fight that exemplified his efforts all tour to bounce back and take three wickets to help wrap up the innings early the next day.

That burst and his six-wicket haul in the second innings, came largely through banging the ball in short. It is a tactic England - Wood included - have used with, to put it generously, limited success in recent times.

But in Hobart, Wood got it just right - combining speed, ferocity and accuracy - and was able to dismiss frontline batters such as Smith, Usman Khawaja and Travis Head as well as unsettling, and subsequently mopping up, the tail - something England have struggled with in recent times. 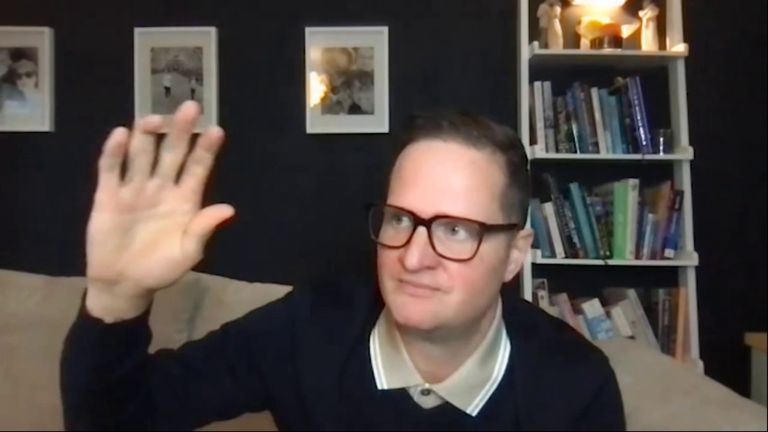 At 32, it is hard to see Wood being around when England's red-ball side next visit Australia in four years' time but perhaps this is one instance where his injuries might have worked in his favour.

The fast bowler has played only 25 Tests and 66 first-class games in total so does not have the same number of overs in his legs as others do at his age. Provided he can stay clear of injuries, might he be able to go on that much longer?

That remains to be seen but what is clear is that Wood shows no signs of slowing down anytime soon, he is bowling as quickly as ever and maintained his pace across numerous spells across the series in Australia.

Next up for England's Test side is a three-match series in the Caribbean. Pitches there have tended to be incredibly slow or fast and bouncy. Either way, Wood is a must.

Then comes the home summer. To date, Wood's success has tended to come away from home - three Test five-fors, all overseas - but he showed in The Ashes that he can make an impact on the type of nibbling surfaces likely to be on offer in England.

With neither Archer nor Stone likely to be available for a while yet, home or away, a fit and firing Mark Wood can only be good news for England.

Proof that not everything that happened in The Ashes was bad, England fans. Just the overwhelming majority.