England white-ball captain Eoin Morgan confirms his retirement from international cricket; the 35-year-old led England to the 2019 World Cup crown and took both the ODI and T20 sides to No 1 in the world

World Cup-winning captain Eoin Morgan has confirmed his retirement from international cricket, saying "the future for England's white-ball teams is brighter than ever".

Morgan has revolutionised England's limited-overs fortunes in his seven-and-a-half-year reign, taking them from also-rans at the 2015 World Cup to champions for the first time four years later.

He wanted to lead England at the T20 World Cup in Australia later this year but the 35-year-old has struggled with form and fitness over the last 18 months, prompting a change of heart.

Morgan led a one-day series in the Netherlands this month but his dual issues were exposed as he was dismissed twice for nought in high-scoring matches before missing the concluding game with a groin niggle.

"After careful deliberation and consideration, I am here to announce my retirement from international cricket with immediate effect," said Morgan.

"To call time on what has been without doubt the most enjoyable and rewarding chapter of my career hasn't been an easy decision, but I believe now is the right time to do so, both for me, personally, and for both England white-ball sides I have led to this point.

"From my start in the international arena with Ireland to winning the World Cup in 2019, I have never lost sight of how integral family support is to any international sportsperson. To my Mum and Dad, my wife, Tara, and our family around the world, thank you for your unconditional support throughout the good and more challenging times in my career. Without you all, this incredible journey would not have been possible.

"I must also thank my team-mates, coaches, supporters, and those behind the scenes who have made my career and any successes possible. I am hugely proud of what I have achieved as a player and captain, but the things I will cherish and remember the most are the memories I made with some of the greatest people I know along the way.

"I have been lucky enough to play in two World Cup-winning teams, but I believe the future for England's white-ball teams is brighter than ever. We have more experience, more strength and more depth than ever before. I look forward to watching on with a huge level of excitement.

"To what lies ahead for me, I will continue to enjoy playing at a domestic level while I can. I'm really looking forward to playing and captaining London Spirit in the second edition of The Hundred this year."

Jos Buttler, the current vice-captain, is the favourite to replace Morgan as England's white-ball captain. England have a high-profile series against India, comprising three T20s and three ODIs, starting on July 7, before the same against South Africa which begins on July 19.

Having replaced Sir Alastair Cook as white-ball captain prior to the 2015 World Cup in Australia, Morgan overcame an embarrassing group exit in that tournament and led a revolution in English limited-overs cricket.

The Dublin-born left-hander encouraged a bold, fearless brand of cricket that saw both the one-day international and T20 sides rise to the top of the world rankings, with the crowning glory of the World Cup win at Lord's in 2019.

"It will be wrong to think Eoin's legacy was just winning the World Cup in 2019; it is far greater than that," said Rob Key, managing director of England men's cricket.

"He is, without question, the best leader I have seen. I wish him well in the next chapter of his career."

Hussain: Morgan has been England's greatest ever white-ball captain 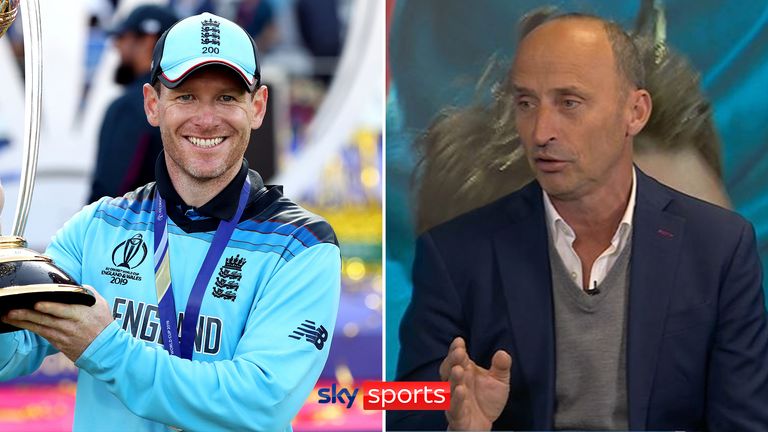 "He has been short of form, short of fitness and there are other people now - there are so many white-ball batters who could be playing," Sky Sports' Nasser Hussain said. "It's not the 10 he is taking on the field with him, it's in the one he's leaving behind because he's in that spot, and Morgan will always think of that one.

"He has been our greatest ever white-ball captain. He's a World Cup-winning captain and he is a superb player.

"He was the one that was reverse-sweeping, reverse-scooping and playing all of these funky shots. He was way ahead of his time both as a player and as a captain."

As well as taking England to glory in the 50-over World Cup, Morgan also captained the side to the final of the 2016 T20 World Cup and the semi-finals of the 2021 edition of the tournament.

Kumar Sangakkara praised Morgan's leadership and the way in which he followed up his vision with actions.

"The players themselves have a huge loyalty to Eoin Morgan as a person, a captain and as their leader but at the same time, everyone's got an expiry date in terms of their career on the cricketing field," Sangakkara said. "They would have all come to that realisation and Morgan being Morgan will have chatted, not just to his friends, but also his team-mates and not let it come as a surprise. I think that he's laid the foundations for something great.

"Every time Morgan played, trained or spoke he led by example, and it was an exciting example to follow. When the results started coming it was this lightbulb moment thinking, what have we been doing all of these years?

"What he's left as his legacy is going to stand England in the best of stead going through to the next World Cup in all formats of white-ball cricket, but you can also see the dividends it has paid in red-ball cricket.

"Eoin Morgan has done a huge amount of work and he's got a big role to play in terms of moulding the next generation of English players to come through the ranks. He's got a lot to offer in terms of experience and knowledge." 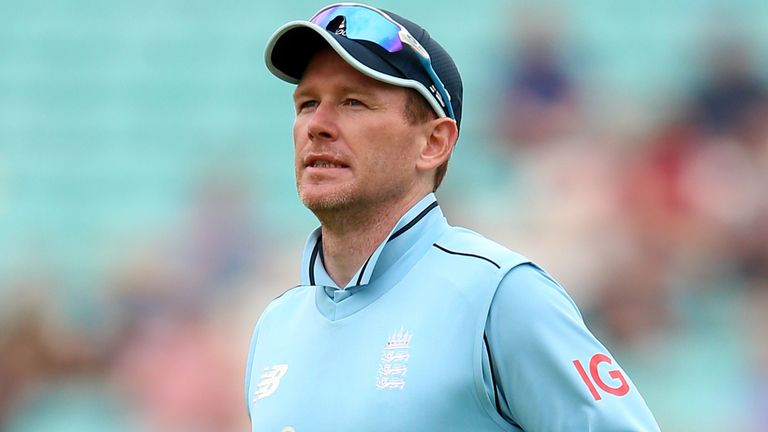 Atherton: Morgan created a dynasty, but right time to go

Michael Atherton agreed with Hussain and Sangakkara about the quality of leadership Morgan delivered for England, but also believes the timing is right for him to step aside.

"He created a one-day dynasty. Having taken over at a low point - the 2015 World Cup, which went badly - he decided it was time to change England's approach.

"For seven years, England have been as good at white-ball cricket as anybody. And that's the first time really you can say that about our one-day side.

"He will go down as one of England's most significant captains... But I think he has picked exactly the right time to go.

"He said the other day, 'I'm feeling old', and he told Middlesex he couldn't play two T20 games in succession. If you can't do that, how are you then going to captain in a World Cup when they come thick and fast?"