MCC: On tour in Lahore - Pakistan 'safe as anywhere' and can host international cricket again 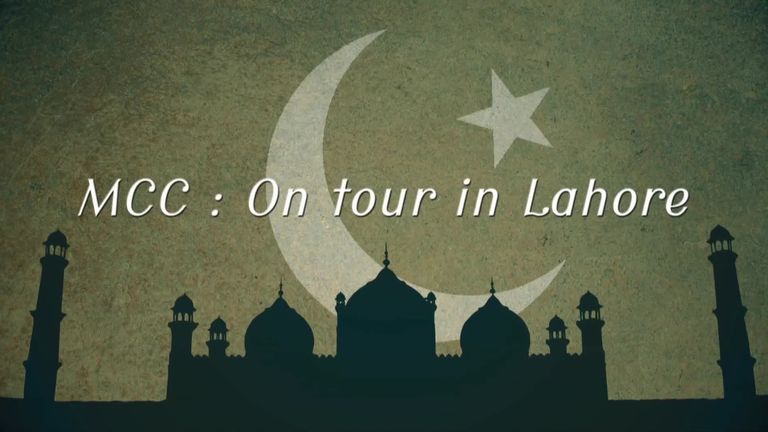 We follow Kumar Sangakkara and the MCC's tour of Lahore, another huge step in regular international cricket returning to Pakistan.

"There were noises outside like firecrackers and I hear from the front of the bus someone saying, 'they're shooting, get down'. Everyone realised what was happening and we hit the deck. Bullets were whizzing by, going through the bus. Everyone was trying to stay as low as possible, not to get hit, unfortunately a few of us did get hit. The security personnel in the front convoy all died within the first few seconds. It made cricket seem much more distant to real life. A lot of the little things we used to complain about before about touring were put into perspective."

Kumar Sangakkara is describing the moment the Sri Lankan team bus was attacked in Lahore during a tour of Pakistan in 2009.

The horrific incident cost six Pakistani policemen and two civilians their lives and injured a group of Sri Lankan players and staff, including Sangakkara and then-assistant coach Paul Farbrace.

The security fears afterwards also led to Pakistan playing their home games on the road, principally in the United Arab Emirates.

However, Sri Lanka and Bangladesh are two of the sides to have recently returned for tours to Pakistan, while the MCC - and current president Sangakkara - ventured there earlier this year for a trip we covered in documentary, MCC: On tour in Lahore, which you can watch in the video at the top of the page. 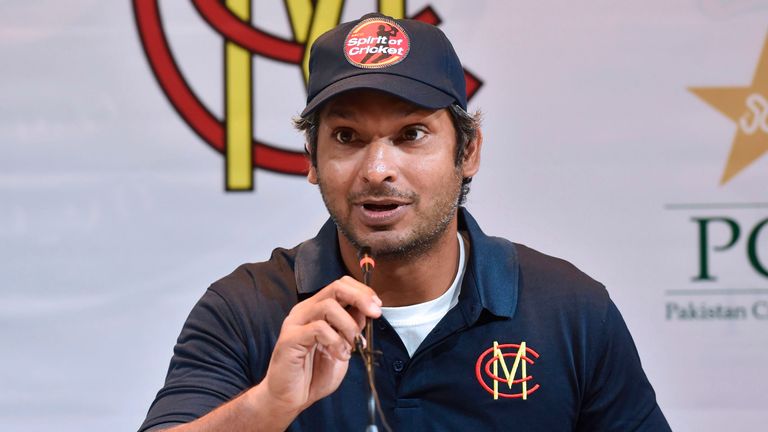 Kumar Sangakkara believes returning to Pakistan with the MCC, a decade after the attack on Sri Lanka's bus in Lahore, is one of the best decisions he has made

Pakistan CEO Wasim Khan is adamant the country is safe enough to host regular international cricket and has thanked Sangakkara for his determination to bring it back.

"Pakistan now is as safe as anywhere in the world," said Khan. "As a country, we had to take a good look at ourselves after that incident about the safety and security we provide around players.

"The lessons learned are clear - you have to be as tight as possible and that is something the county certainly has been. The work done by security and government cleaning up the country has been incredible.

"The isolated incidents on the borders are very much away from the major cities - the cities have now been incident-free for a very long time.

Pakistan has paid a huge price. On the cricketing side, our youngsters have not seen international players play here. There is no better way of spreading the gospel of cricket, promoting the game, developing the game, than having young children seeing cricket matches in a country.

"Our margin for error is pretty low so we have to be on top of our game with security.

"We provide high-level state security now and we're pretty confident we can provide a safe environment for players who come over here.

"As far as I'm concerned, there is no reason for countries not to come.

When [the attack] happened, I wondered whether cricket would ever come back here. We have had cricket-mad fans watching their heroes play thousands of miles away and then financial burden on us was getting pretty big. That needed to change – we firmly need cricket here in Pakistan.

"We have had Sri Lanka here, Bangladesh here, but to get the MCC here after 47 years was going to be a huge step forward for us. I was just pleased we were able to make this work.

"Kumar's support has been unwavering all the way through. Considering he was here in 2009, he has had no doubts that things would be safe here.

"He knows the importance of getting cricket back here as a nation. We have 220 million passionate cricket supporters, getting cricket here is the most important thing for us. To get Kumar championing that has been immense.

"When people come here they see what the country is about, see the hospitality, the safety. Seeing is believing and hopefully the MCC guys will tell everyone what a great experience they had."

Sangakkara added: "Wasim Khan was the main driver behind it. He was so passionate in his presentation. Once [the security] was set, I think going ahead was a no-brainer. The people are hungry for cricket to come back and it's great to be part of that effort."