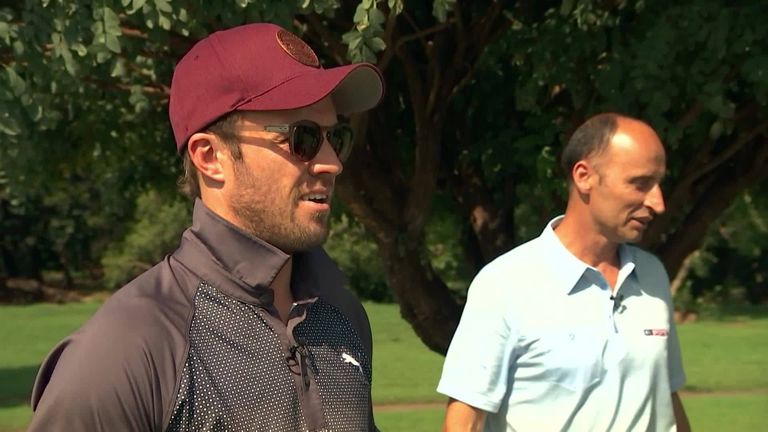 Cricket is his greatest skill - who can forget his record-breaking 162 runs off 66 balls against West Indies in the 2015 Cricket World Cup?!

But he is also adept at a host of other sports as Nasser Hussain discovered in our three-part series, filmed a few years ago in AB's native South Africa.

With coronavirus halting live cricket, we have re-run our programme on De Villiers on Saturdays on skysports.com, so you can marvel at his talent, hear him discuss his career, watch his batting tips, and see what happened when Nasser took on AB at golf and tennis!

In the third and final episode, Leading from the Front - which you can watch in the video at the top of the page - AB reflects on the rigours of international captaincy and the pressure of expectation in the IPL.

De Villiers is noted for his fielding as well as his batting and explains that he is always hungry for the ball to come to him and why he releases the ball before he has a solid base when trying to run someone out - something that has caused disagreements between him and Jonty Rhodes!

AB has starred in the IPL for Delhi Daredevils and Royal Challengers Bangalore and says the tournament has been great for his career as he has got to team with the likes of Glenn McGrath and Virender Sehwag.

The batsman says he doesn't always like the spotlight but appreciates a balance must be struck between home life and giving back to fans.

Then, after a delighted Nasser manages to catch De Villiers during a drill, the duo head off to the golf course, where AB explains if golf has affected his cricket and vice versa.