Rob Key says Jason Roy's return to the England team, and return to form, has saved their World Cup campaign following a crucial win over India.

Roy blasted seven boundaries and two sixes in his 66 off 57 balls, helping England get off to a flying start, while his opening partner Jonny Bairstow (111) kicked on to score a maiden World Cup ton.

England ultimately clinched a 31-run victory, successfully defending their score of 337-7, to boost their hopes of progressing through to the semi-finals of the tournament with one game to go.

"If Adam Gilchrist had played that knock, we would be waxing on about how great an innings that was, how good he is, how destructive he is. Straight away in that dressing room - and Bairstow - they would have started to relax.

"Roy definitely helps Bairstow. The way he set the tone, his presence, everything. That brought the best out of Bairstow, who had a tough start to his innings.

"The first 10 overs in this World Cup are absolutely huge you get off to a good start, 330, 340 is on the cards. If you don't, then you're in real trouble. The start is absolutely vital." 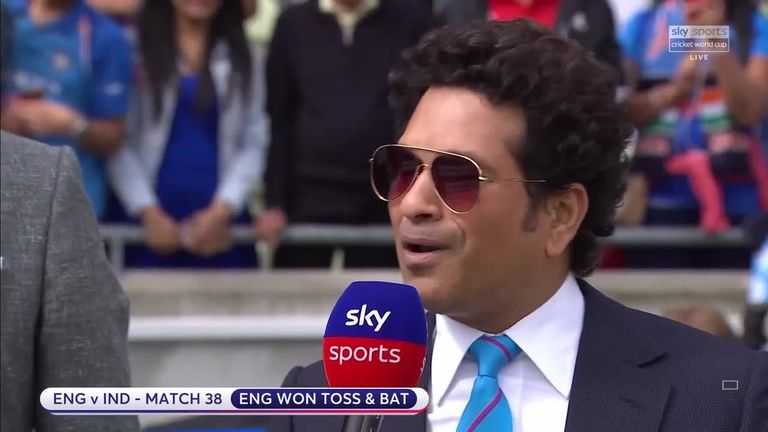 Nasser Hussain similarly praised Roy's return, adding it brought back the swagger that England had lost over his three-game absence to a hamstring injury that included back-to-back defeats to Sri Lanka and Australia.

Hussain also said he wasn't worried by Bairstow's war of words with former England captain Michael Vaughan in the build-up to the game, believing it helped fuel Bairstow's fine innings.

"Cricket is a funny game; It is a team game, but it is also an individual game," said Hussain. "This lad Roy has come in and has made a huge difference - not just in the way he has played - but also in what has been lacking in the last couple of games, that bit of swagger, self-belief and strut that Roy has.

"That 'I'm going to go out there and take it to you'. That's exactly what Roy did.

"Bairstow will have been thrilled to see Roy at the other end too. I wasn't worried at all in the week when he had that spat with Vaughan. Not worried one bit.

"Have we not seen Bairstow over the last three or four years, if you leave him out of the side he gets prickly, if something is said in the press, he gets prickly.

"But he doesn't shy away from it. He fronts up to it and the very next day he goes out and says 'I'll show you'. That is Jonny."

Roy too spoke to Sky Sports after England secured a vital victory, saying that his hamstring held up well in his return to action and that the team are now looking ahead to their final game against New Zealand, in Durham on Wednesday, after bouncing back from a couple of disappointing defeats. 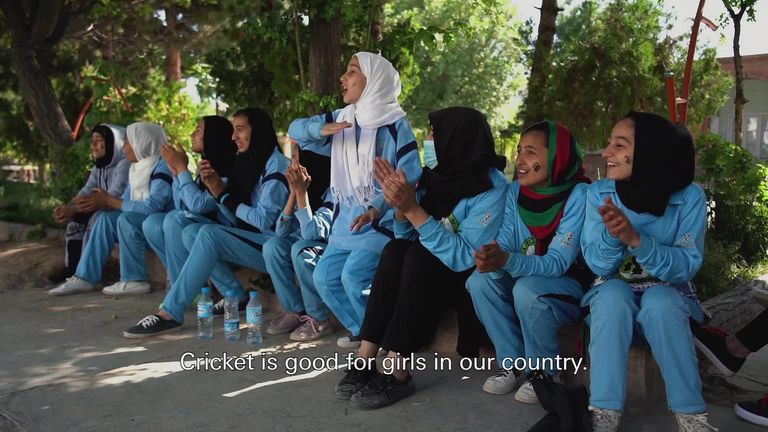 England still hold their qualification in their own hands. A win on Wednesday will see them through to the knockout stage, while a defeat would need them relying on other results.

"I felt fine," said Roy. "No shots were bothering me. It wasn't the longest innings, but it was a good run out.

"The last two games being very disappointing, coming in today and putting an all-round performance like that is extremely pleasing.

"We came together as a group on our first training day, discussed a few things, how we were feeling - it was a pretty honest chat about where we were at.

"We talked about a few of the negatives; if you don't talk about the negatives, you can't overcome them. That was good for us, and then we just went and enjoyed ourselves - a weight lifted off our shoulders. That showed today.

"Losing to Sri Lanka was a big blow. We played some poor cricket there. The Australia game was a bit of a hangover from that, with us not quite at the races, but today was awesome.

"We would obviously like to be in a bit better place, but play well on Wednesday and see where it takes us from there."