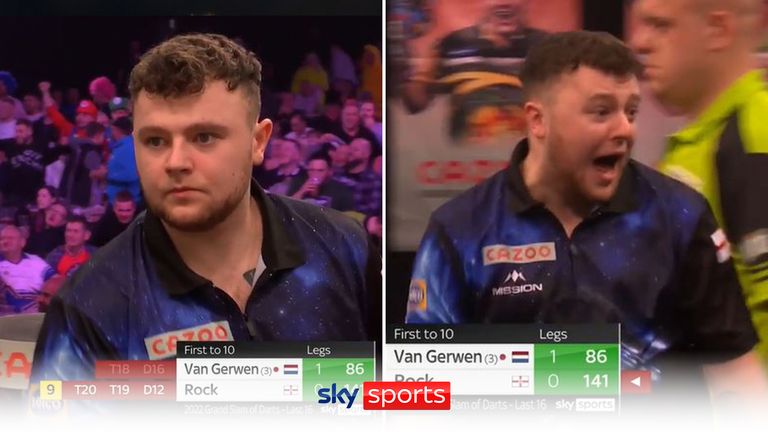 Michael van Gerwen showed his class in one of the greatest Grand Slam of Darts matches ever played to beat Josh Rock and secure his place in the quarter-finals in Wolverhampton.

The last-16 contest got off to an electric start as the up-and-coming Rock hit a spectacular nine-darter in the second leg, sending the crowd wild and cementing himself as one to watch.

In typical Van Gerwen fashion he remained unfazed and continued to average over 120 as Rock took an early lead before both players held their throw flawlessly to put the match at an even 5-5. Rock, 21, only missed two darts at a double in the opening 13 legs but Van Gerwen continued to hold before the pivotal moment came in the 14th leg as he broke throw and then held in the 15th to go 9-7 up before sealing a 10-8 triumph in an absolute classic.

After securing his place in the quarter-finals, Van Gerwen was full of praise for his opponent and reckons Rock is on the path to being a future champion.

"To play in the highest level I enjoy the most," said the Dutchman. 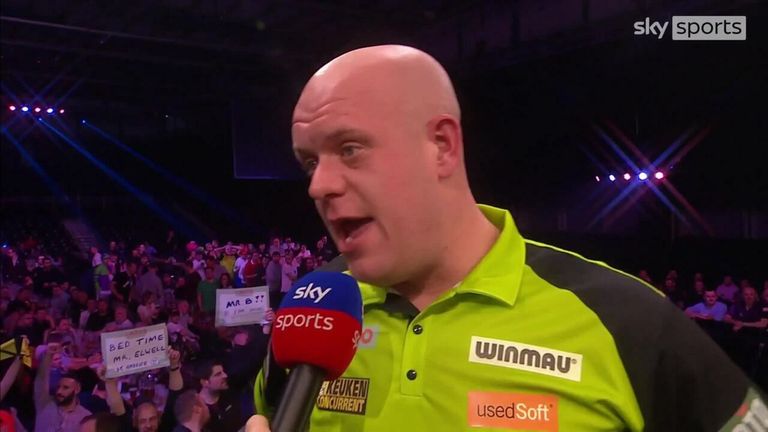 "I like to have battles, I like to have good games and what this guy produces at the moment, Josh Rock, we are going to hear a lot about him soon.

"But I still had to beat him and it wasn't easy, I had to dig deep today. That is the best I have played in a long time and I had to. When you play a guy of this calibre you have to, he is a phenomenal talent.

"People think I am a robot but I am not a robot, I am a human.

"I told him to keep his goal and he will be a champion on this stage, simple as that."

Jonny Clayton was dealt a shock 10-8 defeat by Alan Soutar, the Scotsman starting well and breaking Clayton twice to claim a 3-2 lead as his accuracy on the trebles put him firmly on the front foot. 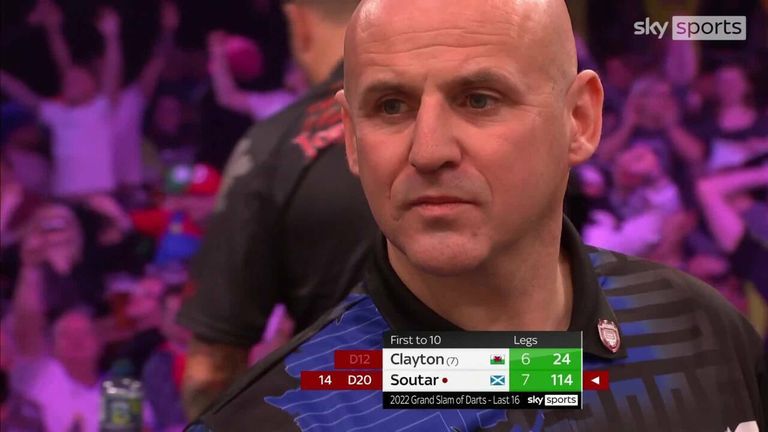 Clayton fought back and broke the throw to make it 6-4, a spectacular 136 finish giving him some confidence, but Soutar was not going anywhere and a ton-plus finish plus two breaks of throw of his own wrestled back the momentum.

A late wobble saw Clayton bring the tie back to 9-8 but Soutar held his nerve and took out his favourite D18 for the win and a place in his first major quarter-final.

Luke Humphries prevailed 10-8 against Ross Smith in a close encounter to line up a quarter-final clash with Van Gerwen.

The opening few legs were filled with tension but a break of throw in the fifth leg gave Humphries the advantage and a 3-2 lead into the break.

Despite Humphries continuously finding the break of throw, Smith fought back with breaks and maximums of his own but his struggles on the doubles cost him.

With the throw for the match, Humphries landed D8 and ended the new European champion's run at the Grand Slam.

Nathan Aspinall powered past Jermaine Wattimena in a maximum-filled encounter to secure his place in the final eight, winning four out of the first five legs to quickly earn a 4-1 lead, three maximums in the first three legs putting the pressure on his opponent.

Wattimena rallied to break the throw and bring the tie to 8-5 as Aspinall struggled on D16, but the quality of Aspinall was just too high and he closed out the match with a 10-6 success. 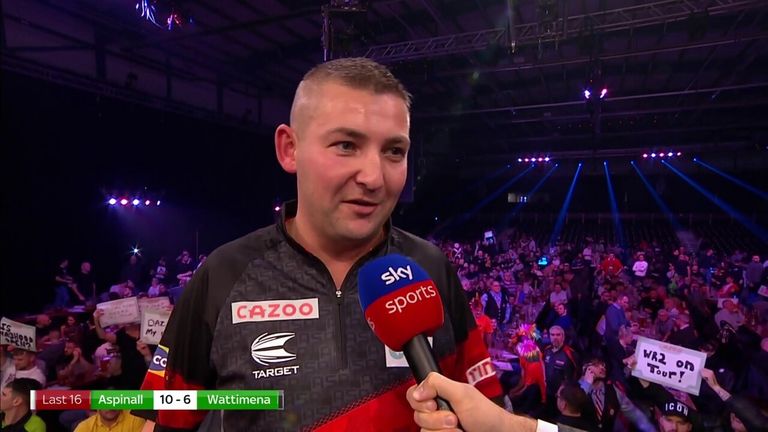 "I started the match well and felt like the Nathan of old," said Aspinall. "I had a wobble in the middle but then finished off the match really well."

The quarter-finals start on Friday night as Michael Smith takes on Joe Cullen and Raymond van Barneveld faces a rematch with Gerwyn Price.