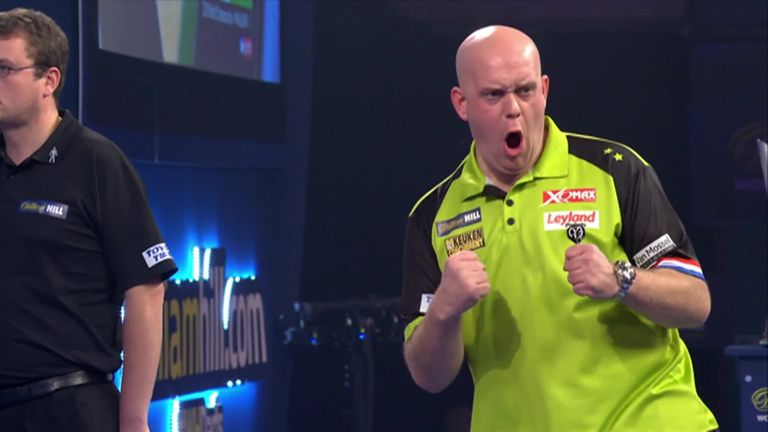 Van Gerwen withstood a mid-match rally from Smith, for whom missed doubles proved costly as the Dutchman recorded a 102.21 average to go with 13 maximums and three 100+ outshots on the way to collecting a third world crown from his last six visits to Ally Pally.

Smith missed 28 darts at double, and crucially at set-point in five of the last six sets, as he failed to reproduce the very best form that had taken him to his first World Championship final.

World Championship Final - as it happened

Instead, it was world no 1 Van Gerwen that claimed the biggest prize in the sport's history - a cheque for £500,000 to go with the prestigious Sid Waddell Trophy. 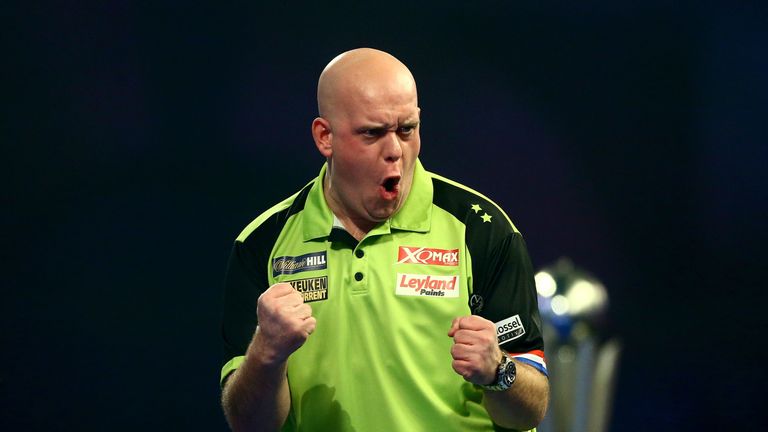 Since the sport's first World Championship in 1973, only six men and three women have claimed at least three world titles, and Van Gerwen became the 10th to do so with a performance that was all about his ability to take his chances.

The opener set the tone for the match, going the distance after Van Gerwen had started in style with a brilliant 129 check-out.

He followed up with a missed dart at double for a 149 before returning for a break of throw and a 2-0 lead before an edgy Smith rallied.

Bully Boy took out the third and fourth legs after missed darts for the set from MvG in both. Smith cleaning up 90 on the bull to get on the board and then forced the decider, only for Van Gerwen to take it when he pinned double six.

Smith missed the bull for a sparkling 167 in the second but more importantly followed up by missing two darts at double - and that was a sign of things to come. Those missed arrows allowed Van Gerwen to set sail for a 2-0 lead, a brilliant 126 the highlight as Smith's early missed doubles continued to rise.

Smith came into the final with a 103 average, but by the time MvG wrapped up the third set, he was averaging just 94 as a 14-dart break of hold gave Van Gerwen total control.

With the crowd roaring him on, Smith moved into a 2-1 lead in the fourth as he looked to avoid the first final whitewash since 2006. But Van Gerwen chose his moment to strike.

With Bully Boy waiting on double 10, the Dutchman pinned bull to draw level and then pounced for a 4-0 lead when a forlorn looking Smith missed four set darts after Van Gerwen's three missed darts had opened a window that was quickly closed.

With MVG within three of the title, Smith found his mojo, taking out 124 to claim the fifth set - the third of the first five played to go the distance. This time, the younger man was the player who held his nerve.

Smith followed his first big finish with a 127 to start the sixth set in style and almost took the roof off the Palace when he pinned bullseye for another 124 and tops for the set, to halve the deficit and trail 4-2. 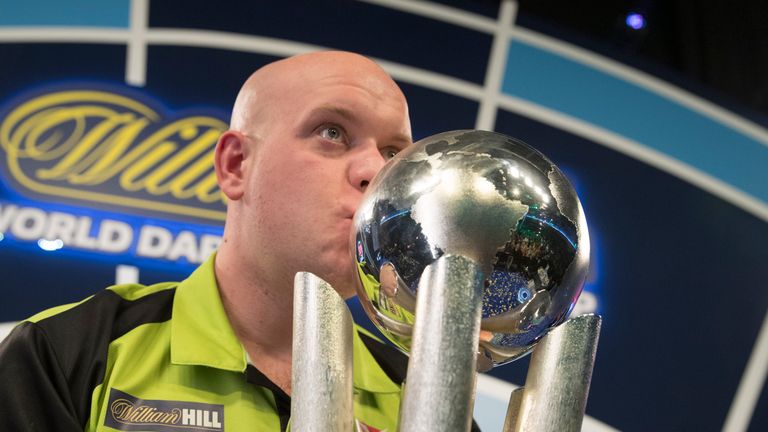 MvG halted Smith's five-leg run with a 13-dart hold and produced some of his best darts of the match to average 106 for the seventh set, which he claimed with a brilliant 112 check-out.

Smith wired the bull for a 170 that would have brought him within two sets before crucially missing two more darts at double, as Van Gerwen mopped up to move to the brink of victory.

With his back against the wall, and trailing 2-1 in the set, Smith dug deep to take out back-to-back legs for a third set success, which forced Van Gerwen into a reset.

Having been within a leg of the match, the Dutchman found himself in the same position a matter of minutes later, reeling off the opening two legs of the 10th before missing a dart for the match that Bully Boy punished. But it only delayed the inevitable, as Van Gerwen sealed his triumph when he took out double 16 in the next leg for the title.

In a year that had seen Gary Anderson stake a claim to be the best player on the planet with his UK Open and World Matchplay titles, Van Gerwen walked away with his 20th title of the season to ensure there is no debate, as the sport heads into 2019 with its No 1 as its emphatic champion.

You can follow every dart when the Premier League action gets underway on February 7 at the Metro Radio Arena in Newcastle. You can also stay up to date with all the action by following us @SkySportsDarts