Glen Durrant: Hooked on darts since 1986; binging on Auf Wiedersehen Pet and Rising Damp ahead of the World Darts Championship at Alexandra Palace

Glen Durrant prepares to take part in his very first PDC World Darts Championship and the excitement is written all over his face.

The best things come to those who wait. Durrant, 48, has only been playing darts at an elite level since 2014, but he has made quite an impact in the professional ranks.

Durrant spent the majority of his life working as a housing officer at the Grangetown office, in the heart of the Middlesbrough community in which he grew up. But after 33 years in the business, Duzza decided it was time to move across to the PDC and mix it with the best of the best.

"When you come from the north east people are very protective of you and I have fantastic family and friends who support me," said the 2017, 2018 and 2019 BDO winner. "I did the circuit. I was a local league player, a super league player, a county player, and I think that relates to a lot of darts players because they've seen this guy who has taken twenty, thirty years to get to the top.

"Five years ago I wasn't even the best player in my super league team. It's a great story and I'm just living the moment. I'm the last sort of last bastion of working men's clubs. I grew up as a really good snooker and billiards player who one night got drafted into a darts match because the local team were short of players and I never had the feeling of winning a game of darts like I did with snooker and billiards, so I was hooked since 1986."

Can I win @OfficialPDC Worlds ?

Durrant's route to the PDC was a long process with the Middlesbrough boy enjoying the nightclub scene, meeting his wife and paying the bills before falling back in love with the game.

In 2009 his life began to change course when a few competitions were incorporated into the local league and six years later Durrant won his first major title at the World Masters before winning three Lakeside titles in a row. He will be attempting to hold both the BDO and PDC crowns at the same time when he bids for glory at Alexandra Palace later this month. 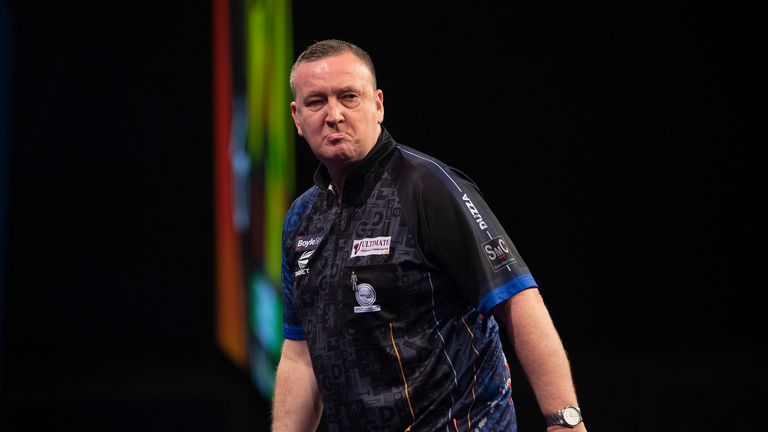 I can read 99 good things and the one bad thing is the one that will resonate. But you take the rough with the smooth. I'm still a huge fan.

Glen Durrant talks about his love of social media

"The first month when I left work I was sitting on the sofa watching Netflix. All of a sudden I'm no longer working and here I am during the day, I can only practice so much," said Durrant, who still keeps in touch with with former colleagues, and even plans on going along to their office Christmas party.

"That transition was not as easy as I first thought it was but being a success at darts means hotel life becomes very much the norm. I think I've been at home five days in the past five weeks so trying to get used to that has been the most difficult part.

"I miss home so quickly and I miss work because of the teamwork and the camaraderie, but I'm learning lessons all the time. Next year I will be bringing my wife to a lot more tournaments because she is managing more of my affairs. My best friend travels an awful lot with me so I'm learning how to make 2020 better."

Treat myself to First Class to Minehead mainly because the food is amazing on Cross Country trains pic.twitter.com/oIlCQEwtWl

Duzza admits to being a huge fan of social media and takes it upon himself to tweet regularly. His dry sense of humour is a hit amongst his 26k followers.

"I like social media but it can be brutal at times, I won't lie," he said. "But since I've been in the PDC the hate has been minimal. I got an awful lot in the BDO because the PDC fans were saying I was nothing more than a pub player. It got personal when I got bell's palsy in 2004 and that could be my Achilles heel because when you're reading things like that and you know your daughter is reading things like that, that's the tough part.

"I will remain on social media because I take the good with the bad. I can read 99 good things and the one bad thing is the one that will resonate. But you take the rough with the smooth. I'm still a huge fan."

A very sad day for me today

Durrant spoke about the day he handed his Lakeside trophy back to the BDO chairman. He stopped at a motorway service station on the way to leave a message for his fans.

"That trophy meant a lot to me," Duzza said. "As far as I was concerned, the day I won that it was the day I climbed a mountain. But the PDC is the Premier League of darts and I'm having a whale of a time." It's the Willy Wonka golden ticket that we're all fighting for. It is just an amazing place to be. You are playing the best 128 players in the world.

Glen Durrant looks ahead to the Worlds

He will open his world championship campaign on Saturday, December 21 against the winner of the first-round match between Jose De Sousa and Damon Heta. It will give him a chance to acclimatise to the surroundings of the iconic Ally Pally.

"I'm a big darts fan who has come from the BDO where the crowds are really small to the PDC where I'm playing in front of 10,000 fans in the Premier League. Even at my age, I know my limits and how long I want to play darts for. Expect to see the Parmo Army out in force.

"I'm an ordinary man having an extraordinary year and I think people can see that I'm a genuine guy who is pinching himself and relishing the opportunities he is getting now." 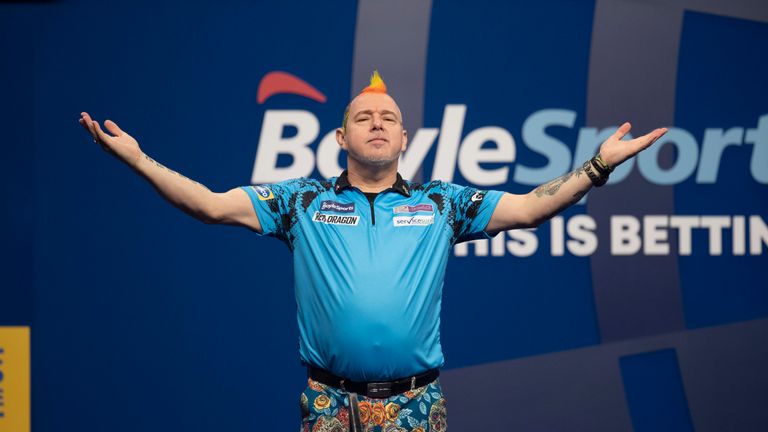 Peter Wright by a long way. He's made me feel really welcome; he's really professional. I admire him, he gives me words of advice, words of wisdom and for sure the nicest guy in the PDC.

Who's been your favourite player in the PDC?

Does Glen Durrant have a New Year's resolution?

He added: "I've been a little bit lazy this year, but Peter Wright said to me 'all you're doing is putting petrol in your engine'. I've already spoken to a personal trainer who will help me prepare my food, because I believe in a healthy body and healthy mind. I need to get an hour a day in the gym and start eating a lot healthier.

"But I don't want to lose lots of weight because balance is important. My fighting weight is about 14-and-a-half-stone."