Wright wins second major title with stunning victory against world No 1 to claim £500,000 top prize and the Sid Waddell Trophy

By Raz Mirza at Alexandra Palace

Peter Wright realised his dream of winning his first World Darts Championship title by overcoming his nemesis Michael van Gerwen thanks to a 7-3 victory on New Year's Day.

Wright ended years of pain to finally get over the line and deny Van Gerwen collecting his fourth world title in seven years with a blistering display of arrows.

Scotland's Wright was beaten by Van Gerwen in the 2014 World Championship final, one of some 59 defeats to the Dutchman, but he averaged 102.79, 34 140s, 11 maximums and finished with 53 per cent on doubles to seal a famous victory.

"The chances I used to give Michael, he gave me them. Champion of the World sounds amazing. You should never give up, it doesn't matter how many times you get beaten. I've done it," Wright told Sky Sports. 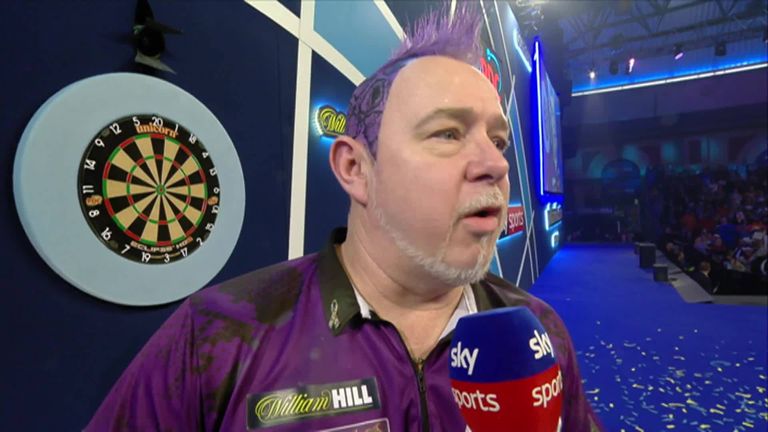 Van Gerwen has dominated previous meetings between the pair but Wright came into the final with marginally better stats in this tournament. 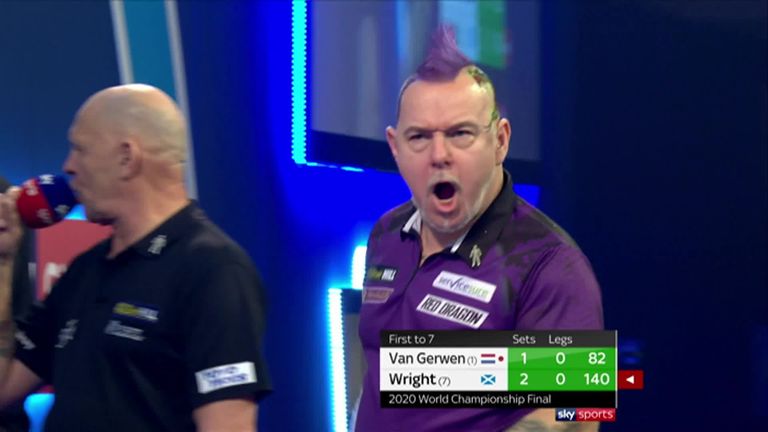 'Snakebite' bossed the opening leg, but missed three at doubles, allowing Van Gerwen to take out 88. The Scot bounced straight back to break in 13 darts. A fabulous 86 on the bullseye from the Dutchman sent the set into a deciding leg but after missing the red bit for a 170 attempt, Wright returned for a 56 two-dart combination finish to move 1-0 ahead.

Wright, who survived a match dart during his second-round encounter with Noel Malicdem, produced an eyebrow-raising 12-dart break in the third leg of the second set. And the 49-year-old nailed tops on throw for a 2-0 lead in the final averaging 105.02.

Back came Wright in the fourth set with a magnificent opening gambit of 140 against the darts, although Van Gerwen responded with a neat 13-darter. It went to a final-leg decider in which Wright missed a set dart, while 'The Green Machine' nailed double eight to make it a level playing field in a top tungsten showdown in the race to seven. 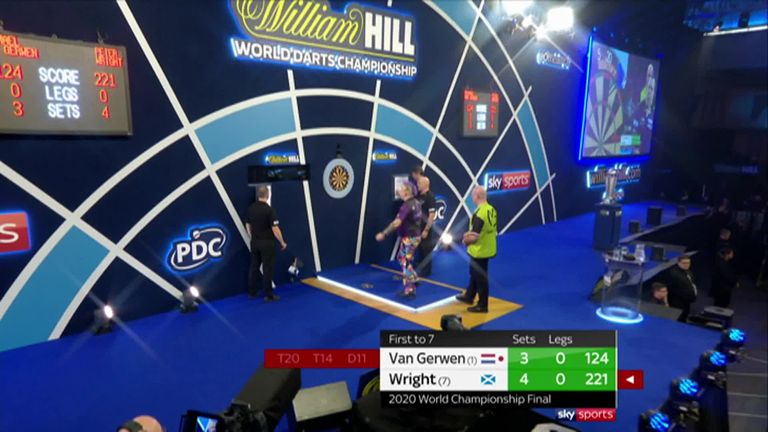 Wright came close to a nine-dart finish when he pounded in seven perfect arrows before missing treble 19 in the second leg of the fifth set. He still came away with a stunning 10-darter before Van Gerwen unusually missed a seventh dart at the outer-ring to allow 'Snakebite' to strike back with double 18 and a 3-2 lead.

Wright, decked out in all-purple for the final, has failed to get the better of Van Gerwen when they faced off for major honours, and lost again after being edged out 11-10 in the 2019 Champions League final in October. But he was starting to realise his dream after whitewashing the top seed to regain a two-set cushion at 4-2 thanks to a brace of 81 checkouts and an 80 finish.

Van Gerwen, who was playing in his fifth World Championship final, sealed a must-win seventh set 3-1 with an 11-darter to cut Wright's lead to one set. And he opened the next with an effortless 124 checkout before throwing a two-dart 96 combination on throw, but the Scot held on and punished Van Gerwen for not taking his set dart at tops by taking out 50 to win it 3-2 and open up a 5-3 lead.

'Mighty Mike' powered in an outrageous 128 checkout, his second ton-plus finish of the final at the start of the next. But after another set went the distance for the fourth time in the match, Wright nailed tops for a superb 70 finish to move to the brink of victory. MVG narrowly missed double 12 for a nine-dart attempt in the second leg of the 10th set - the fourth time double 12 had been missed for the holy grail of finishes at the tournament. Wright remained unmoved as he took out 76 to break throw and move to within one leg of a famous victory. 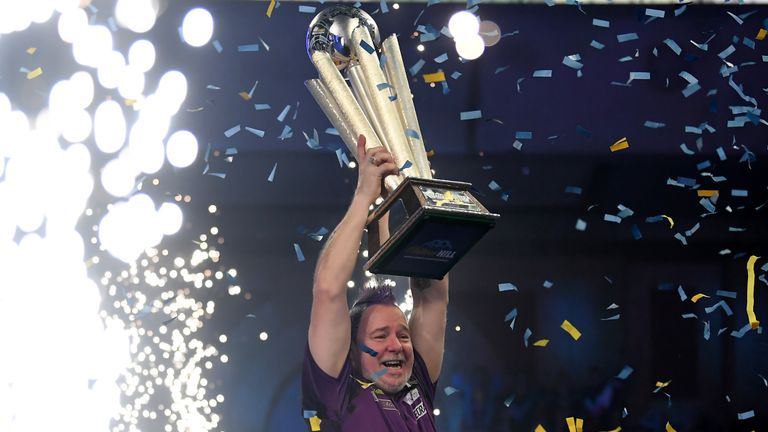 And, with Van Gerwen unable to pressure Wright, the Scot pinned double 10 with his last dart in hand before clutching his fists and punching the air in disbelief.

"Of course I'm very disappointed," said Van Gerwen. "Everything I missed he took out, his finishing was phenomenal and I can only blame myself. I had six darts to break throw in the fifth set and if you don't take chances like that, you don't win, simple as that." 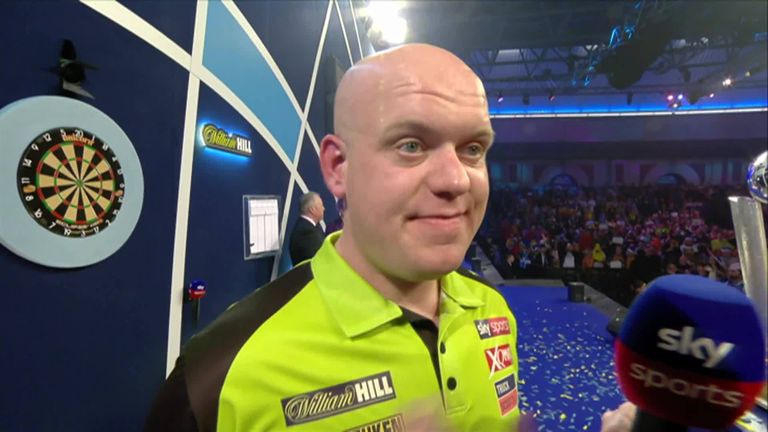 Wright's tale of tungsten woe in major finals vs MVG