Dedication. Concentration. Application. Once in a generation, someone special comes along. A product of his environment. A talent like no other...

"Regrets? Yes. But at the time, no." Phil Taylor opens up to the Darts Show Podcast special, as he talks about his love for golf and fishing. He also reveals how he got his nickname 'The Power', and discusses his final professional match against Rob Cross, as well as the coronavirus pandemic.

"And now ladies and gentlemen, from Stoke-on-Trent, England, it's time to meet a legend. Dominating the world of darts for over three decades, the winner of over 100 televised finals. For the very final time, it's time to meet the record-breaking, history-making 16-time the champion of the world, it's Phil 'The Power' Taylor."

The words of MC John McDonald are still ringing in the ears of Taylor. It's been over three years since he called time on his illustrious darts career which helped him rake in over £8m.

He was and probably still is the most feared player in the history of the sport. Taylor will turn 60 years of age in August but he's still living life in the fast lane, travelling the world playing in exhibition events and tournaments. 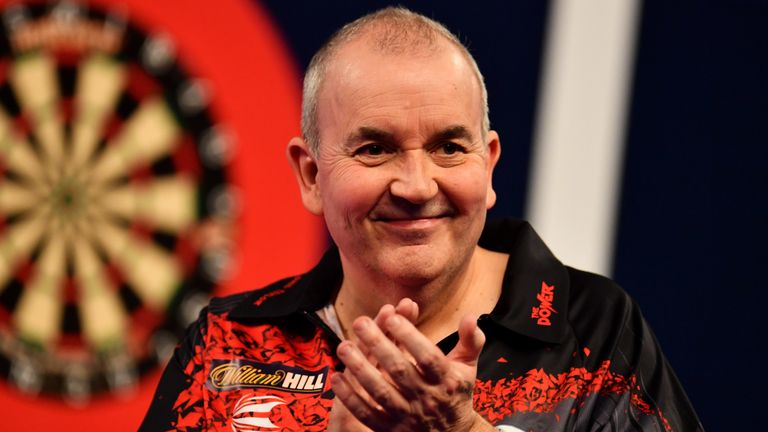 Sometimes, it's like what Ronnie O'Sullivan says, it's hard to motivate yourself, when you're doing it day in and day out. It's like having steak every night for your tea - eventually you get fed up with it. But you have to keep having it because it's your job.

It might never have been darts for Taylor, who admitted having a penchant for golf and fishing before shaking it off and getting back to the nitty-gritty of what he loves most.

"I got into golf once which I did for about a month and I thought... what are you doing?! I was starting to get addicted to it and I was playing that instead of practicing, so the clubs went in the shed. Then I started fishing, which I really enjoyed. But again, when you go fishing you're talking five or six hours, so I had to give that up," Taylor said.

"I do get hooked on things. I'm one of them who has to master something so if I start something, I have to be the best at it. I had to stop doing this because I wanted to catch bigger fish and stay there longer. It was affecting my game.

"Sometimes, it's like what Ronnie O'Sullivan says, it's hard to motivate yourself, when you're doing it day in and day out. It's like having steak every night for your tea - eventually, you get fed up with it. But you have to keep having it because it's your job."

How Phil got the Power

Taylor owes a huge gratitude of thanks to a man called Peter Judge. He was the Sky employee who was put in charge of 'sprucing up the darts', according to Taylor. He had already worked his magic on the boxing scene where Prince Naseem, Nigel Benn and Chris Eubank were household names in the 90s.

Taylor recalls the moment George donned him with the nickname 'The Power', which soon became a household name.

"He was really innovative. He came in and said that he wanted the darts to be spruced up a bit, with music and flashing lights. He said that we all needed to get a nickname. I went in the next day and Sky used CDs for the music then. Peter said... 'I've got it'. Your nickname is 'The Power' and I thought that I would have the mickey taken out of me," Taylor recalled.

"It makes you a bit nervous at first with the music, because you hadn't done it before.

"I remember Peter Wright when he first did his hair, he was shaking like a leaf at Blackpool. He asked me what I thought, and I told him that I wouldn't do it personally but that he'd be OK. Fair play to him, he's kept it up. It takes work!"

Caught in a Cross-fire

Taylor's final professional match ended in a 7-2 defeat to Rob Cross in the final of the World Championship at Alexandra Palace on New Year's Day 2018. It wasn't how he had envisaged going out but admits "it was a good time to go".

"It was nice. I wanted to win it, don't get me wrong. Everything Rob did that day, it just went. It was one of those games. I thought that he might bottle it. It was his first world final against me, retiring, and I thought that it would get to him and that I'd get him, like it did to Peter Wright at Blackpool. But it didn't, every time I was leaving a double, he was going out.

"The lad played superbly. I went out with a nice sing-a-long with the crowd. It was a good time to go."

Since Taylor's retirement, the game of darts has moved on with a young, fresh feel to it. Raymond van Barneveld called time on his career last year which ushered in a new era in which Michael van Gerwen and Peter Wright have taken over the mantle as top dogs.

Darts couldn't be in more "fantastic shape" believes Taylor, although he feels professional players are playing far too much, which has wiped the smiles off their faces.

But he feels the current global coronavirus pandemic will help us all and change the world for the better.

"When I watch the tournaments, a lot of the pros look miserable. They're not, they're nice people but they're tired," he added.

"I said this to Barry (Hearn). The world is going to change, and I think it will change for the better as well. People are smiling when they're out walking and even just going out in the countryside today, everyone is keeping their distance but there are more people walking outside than I've seen in 30 years. They've got smiles on their faces and everybody is just glad to be alive now and realising that we're very lucky people."