Mikuru Suzuki takes out finishes of 135 and 116 on her way to forcing a last-leg shootout against the two-time champion but misses darts for a landmark victory; Van Gerwen whitewashes Adam Hunt but Peter Wright beaten on opening day

The Iceman has won this tournament for the last two years and hasn't lost a game since the final group-stage match in 2018, but Suzuki came as close as anyone with a superb display of huge finishing that pushed the Welshman all the way.

Suzuki missed a dart at tops for a third three-figure finish of the match that would have sealed a memorable win and when Price missed a dart for the match himself, Suzuki had three more which she saw go begging to allow Price to sweep up.

The nature of the tournament means that hopes remain intact for the day one losers, including Suzuki and fellow women's qualifier Lisa Ashton, who still have two more chances for a victory over the coming days, while Michael van Gerwen joined Price in getting off to the perfect start but Peter Wright suffered a surprise day one defeat.

Gerwyn Price has risen to third in the world on the back of a run that has seen him claim eight titles this year including the European Championship and the World Grand Prix, and he remains in pole position to join Phil Taylor and Michael van Gerwen as three-time champions of this event, just.

Price was up against reigning BDO women's world champion Mikuru Suzuki for the second consecutive year and having beaten her 5-3 last year, the two-time defending champion fought back from 3-2 down, only to be forced the distance by an inspired Suzuki.

After the pair exchanged early breaks of throw, a 16-dart leg gave Suzuki the lead before the Japanese ace missed a dart for a 3-1 lead that was punished by the Welshman for a level contest.

Suzuki matched her tally of three legs against Price last year by taking out a brilliant 135 on the bullseye for a 3-2 lead only for Price hit back with a 15 and 13-dart legs to stand within one of the finishing line. 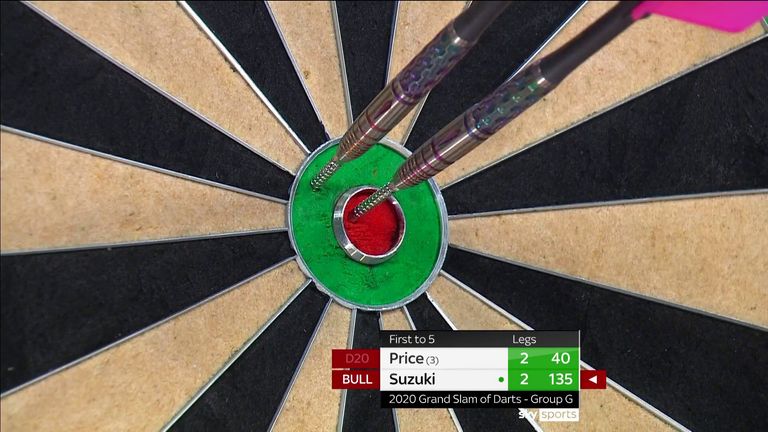 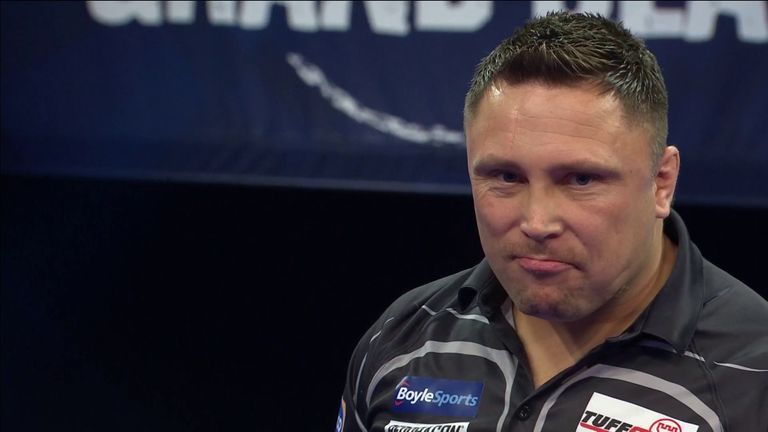 But Suzuki hit back with a spellbinding 116 to level and force a deciding leg where the drama played out, both players missing darts for the match before Price pinned double 10 for the match

Earlier in Group G, Jonny Clayton and Ryan Joyce got the evening's action off to a blistering start but it was Price's World Cup-winning partner Clayton who got over the line with a 5-4 victory. 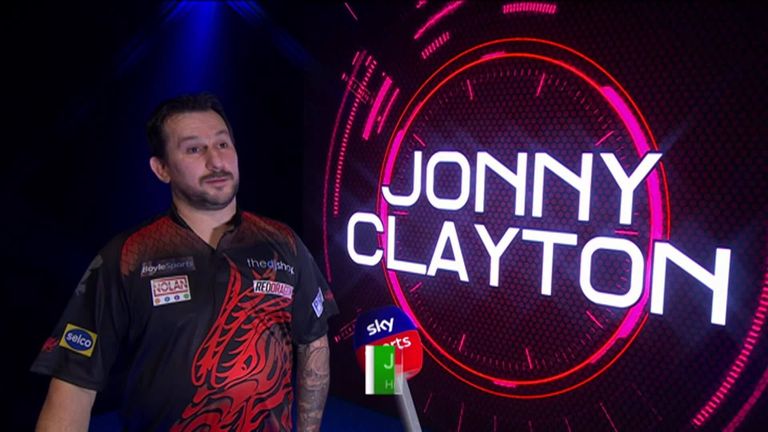 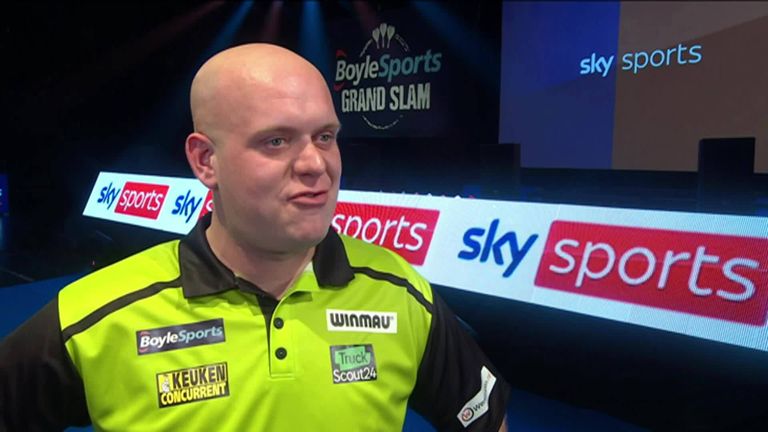 Michael van Gerwen showed no ill effects from the back injury that has hindered him since the World Cup - he needed just 71 darts to blow away qualifier Adam Hunt to seize control on Group A.

Van Gerwen suffered back spasms while on duty for Netherlands at the World Cup of Darts and, after missing the first three days of the Winter Series, was sent packing early on in Friday and Saturday's action.

But he showed no mercy to debutant Hunt, who was afforded just one dart at a double, Van Gerwen blasting his way through in his quest for Grand Slam of Darts title number four and a first since 2017.

Gabriel Clemens stole a march in the battle for the other qualification spot with victory over Joe Cullen in a high-quality contest that saw three huge finishes and both men averaging just under 100.

Clemens won all three group games on debut last year before losing a second thriller to Glen Durrant and the German Giant beat Cullen to leave the Rock Star needing a win when he faces Hunt on Tuesday evening. 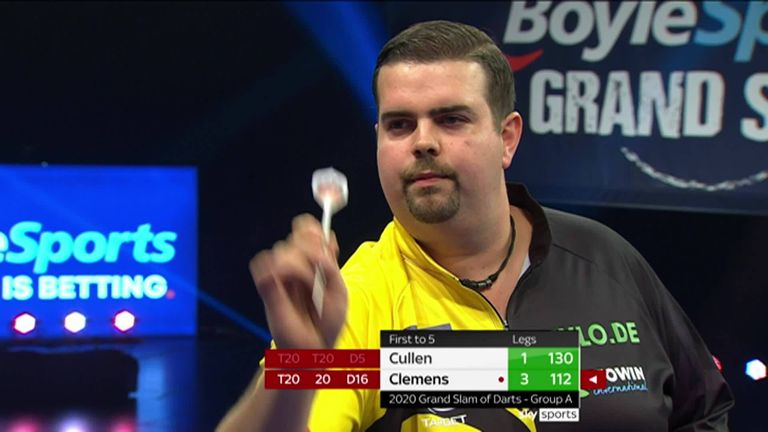 Bully Boy too strong for Ashton

Lisa Ashton made her second appearance at the Grand Slam having swept through the women's qualifier last month - but she came up against an unstoppable Michael Smith in Group C. 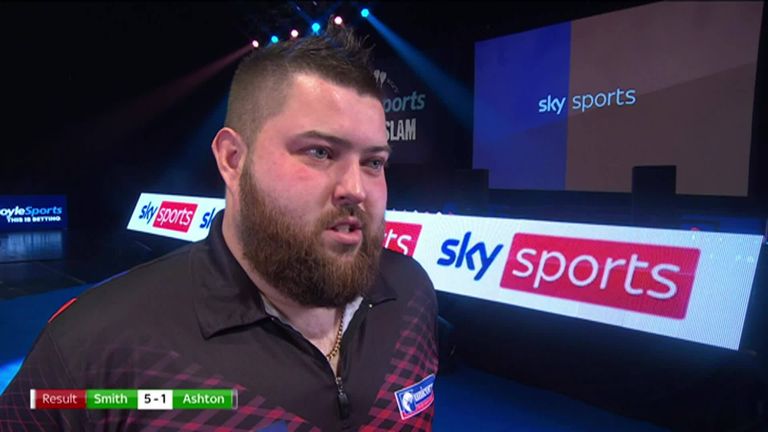 Michael Smith reflects on his win over Lisa Ashton, which he called the 'toughest game' of his group

Bully Boy claimed two of the five titles on his way to the Winter Series at the same venue in Coventry last week and averaging more than 100, he powered into a 3-0 lead to Ashton, the four-time women's world champion who lost all three of her matches last year.

The Lancashire Rose beat Smith on the Pro Tour earlier this year but there was to be no repeat as the world No 4 won two of the next three legs to start his latest bid for a major televised title with a 5-1 victory.

Jose De Sousa produced a blistering display of finishing to rally from 3-1 down to beat Krzysztof Ratajski. 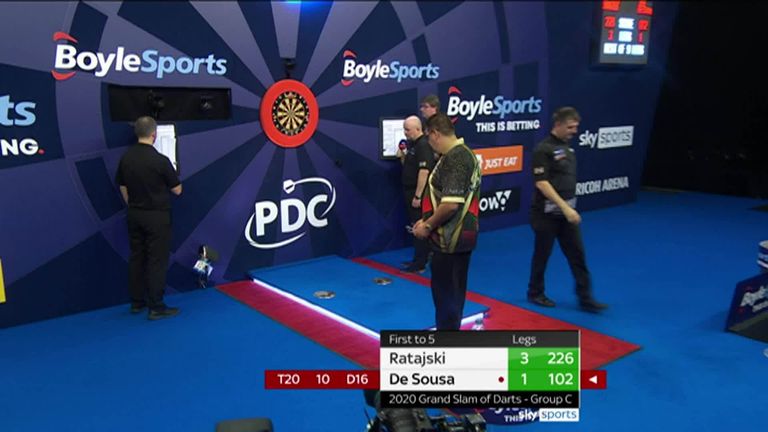 The Portuguese sensation, nicknamed The Special One, lifted his first European Tour title a couple of weeks ago and looks in the mood to cause problems this week with his scoring and combination finishing from 200 down rattling Ratajski.

The Pole forced a last-leg decider but De Sousa's 13-dart leg was a fitting conclusion to another thriller.

Widely regarded as one of the toughest groups in the tournament, Snakebite was playing catch-up throughout against the Dutchman who proved that his run at the Grand Prix was no fluke with an impressive display that leaves Wright playing catch-up.

The world No 2 will next face Ian White, who is also on the back foot after a defeat to the power-scoring of Devon Petersen. The South African marked his Grand Slam debut with six maximums that underlined his growing class on the big stage in a 5-2 victory over White.