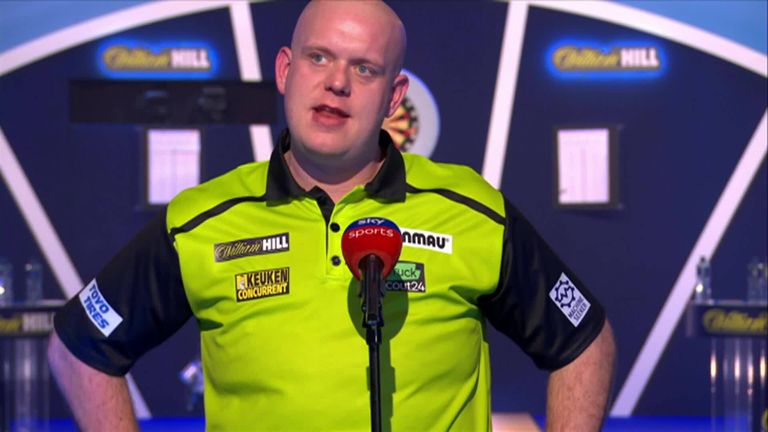 Some of Michael van Gerwen's Alexandra Palace exits have gone down as all-time classics.

His 2018 defeat to Rob Cross and 2016 loss at the hands of Raymond van Barneveld are considered amongst the greatest darts matches of all time.

On Tuesday night, the Green Machine was involved in another epic on the oche, this time against Joe Cullen. The world number one trailed 1-3 and survived two match darts before scraping through in a last-leg decider.

The Dutchman battled through, but felt for his fallen opponent at the end.

"I've been in that position so many times. It's horrible," MVG said.

"But at the end of the day, you need to try and get the positives out of it, and then it can make you stronger. [If] you don't admit what you did wrong, then it's going to be tough for you. But if you admit 'I could have done better there, there and there', then it will get you stronger in the end.

"I wish him all the best, because he is a phenomenal guy and a phenomenally talented player. I'm so glad I won this one.

"I never give up. I keep fighting. I'm still here, don't worry!"

It was a tit-for-tat contest, and could have gone either way.

"I said to myself, 'I know his game'. Sometimes he is going to throw them away, normally he won't hit 19 180s. He was playing phenomenally. Oh my God! He put me under pressure loads of times. I had to do everything in my power to beat him.

"After the break, I came back quite strongly with still a lot of confidence, which you have to if you want to win and remain in this tournament. I'm really glad I managed to do it. He couldn't make it in the end.

"He had a chance to beat me; two match darts on the bullseye. How well did he play, early doors! His scoring power was phenomenal. I had to keep up with it. It wasn't easy. I didn't feel as nice as I did [against Ricky Evans] but I still felt OK. The pressure, I didn't expect it from him. I know he can play well, but to do that constantly for five sets in a row, I didn't know he could.

"I always keep saying, Joe Cullen is one of the most talented players I know. But he doesn't do anything with it yet. I keep telling him, we know each other quite well. It's unfortunate for him, but I'm through!"

'Cullen will be hurting'

The panel in the Sky Sports studio was equally as sympathetic to the 16th seed, after his valiant effort. 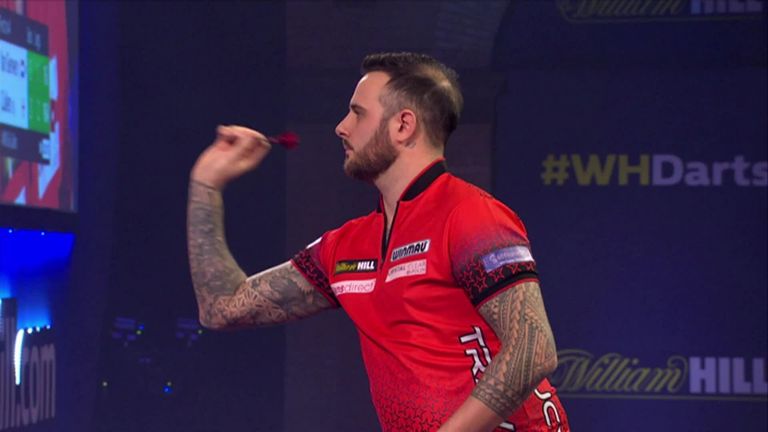 "Hats off to both players. I feel for Joe Cullen, he'll be hurting," said Mark Webster.

"He put on some performance, just fell short in the last leg.

"What will hurt Joe is that he kind of unravelled in the deciding leg. The nerves got the better of him. He put in such a clinical performance - 19 180s. It's the best we've seen him on the world stage. It's not going to be any consolation to Joe, but when he takes stock of it, he's had a real good year, [he'll be] hurting at the minute, but I'm expecting big things from the Rockstar in the new year."

"You've got to credit Michael van Gerwen. That's why he's the world number one," he added. "His back was to the wall, and he responded. A few months ago, you might have questioned him. But now he's in great form. His tournament average is up over 100. He's in a great place.

"He got away with one, but it was some match. It was a testament to both for putting on one hell of a show."

The top seed is now through to the quarter-finals, where he will face Dave Chisnall.

Chizzy impressed in a 4-2 win over Matchplay champ Dimtri Van den Bergh, averaging 101.76 and hit 50 per cent on the outer ring.

The eighth seed is eyeing up a semi-final berth for the first time in his career.

"I was very confident. The last couple of months, I've been playing really well, practicing really well," he told Sky Sports after his win over the Belgian.

"It will be a great match [against MVG]. I've not beaten him for a while. I can beat him, obviously I can beat him. I'm playing well enough. But I've just got to tidy up the sloppy darts. It will be a fast, fast game."

If Chisnall performs at the same level again, Van Gerwen will have a major challenge on his hands.

The action from Alexandra Palace continues on New Year's Day with all four quarter-finals taking place across two sessions - join us from 12pm and 6pm on Sky Sports Darts.