"The time will come when my Parkinson's will stop me doing it, probably sooner rather than later"

Clark was diagnosed with Parkinson's disease in 2011 and was warned that he would probably have just two or three years left in front of the TV cameras.

But the proud Yorkshireman has continued to defy logic by successfully fighting the illness as he prepares for his ninth year in the hot seat.

And Clark, 53, says he has no intentions of allowing Parkinson's to force him into retirement anytime soon.

"I don't quit, I'm not a quitter," Clark told Sky Sports' Raz Mirza. "The time will come when my Parkinson's will stop me doing it, probably sooner rather than later, but you know.

"I know when the time is right."

Clark is currently in preparations for an 18-day trek in the Himalayas where he will climb Everest base camp for Parkinson's UK in 2020. His team are in the early planning stages.

"It's 17,000 feet the base of Everest which is four times the height of Ben Nevis. It will be one hell of a challenge." 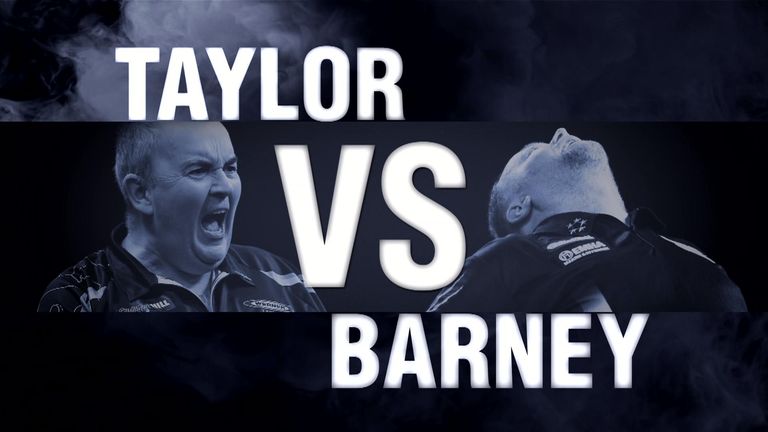 Sport is all about personality and rivalry and darts has been blessed with that over the years.

Dave Clark on rivalries in darts

Jeff Stelling was the original darts presenter but when Soccer Saturday took over his life, Clark stepped into his shoes and has never looked back.

"It has been amazing, really incredible," he added. "I saw most of Phil Taylor's career, Barney's career, and the rise of darts has been just amazing in the time that I have been doing it. Just absolutely breathtaking.

"Sport is all about personality and rivalry and darts has been blessed with that over the years."

The action is back on your Sky Sports screens in December with the World Championship from Alexandra Palace. It all gets underway on Friday, December 13.