Max Verstappen snatched Abu Dhabi GP pole position from Mercedes on Saturday, 0.025s ahead of Valtteri Bottas; Verstappen speaks to Sky F1 about the 'frustrating' 2020 deficit and what he's aiming for next season 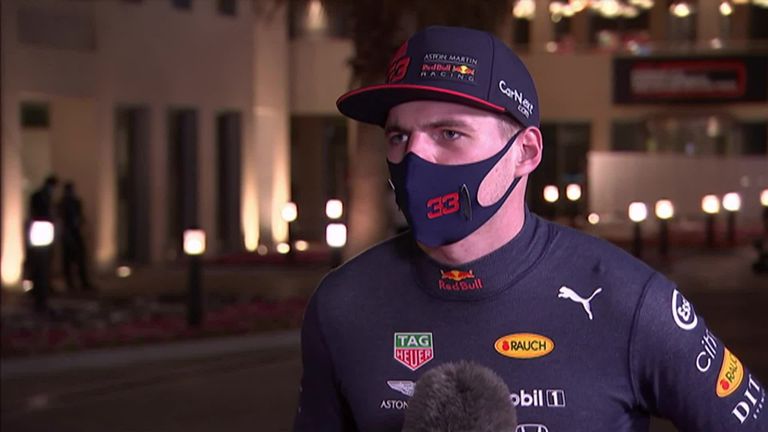 Max Verstappen was delighted to seal his first 2020 pole at the end of a season he described as "frustrating" behind Mercedes, with the Red Bull driver hoping his "phenomenal" Abu Dhabi GP lap helps spur his team on to consistently battle Formula 1's world champions next year.

Mercedes had only missed out on top spot in qualifying once this year coming into the final shootout - and even then it was Racing Point, and not perennial closest challenger Verstappen, who took advantage in torrential wet weather in Turkey.

But Verstappen pulled off a magnificent surprise at Yas Marina on Saturday, sneaking ahead of Valtteri Bottas and Lewis Hamilton with his last lap in Q3 to claim his first pole in over a year, and prevent Mercedes' seventh in a row at the season finale.

"It's a long season for everyone, with a lot of races in a row," said a pumped-up Verstappen after his last lap, 0.025s ahead of Bottas. "I think this was a good final qualifying for everyone in the team and for sure we are very happy with that and it's great to finally get there after being close many times in 2020.

"The whole season, being behind and getting closer, it's a bit frustrating. But very, very pleased with today."

Verstappen has been either second or third in qualifying in all but three 2020 sessions before his Abu Dhabi pole, hailed as "phenomenal" by Red Bull boss Christian Horner. 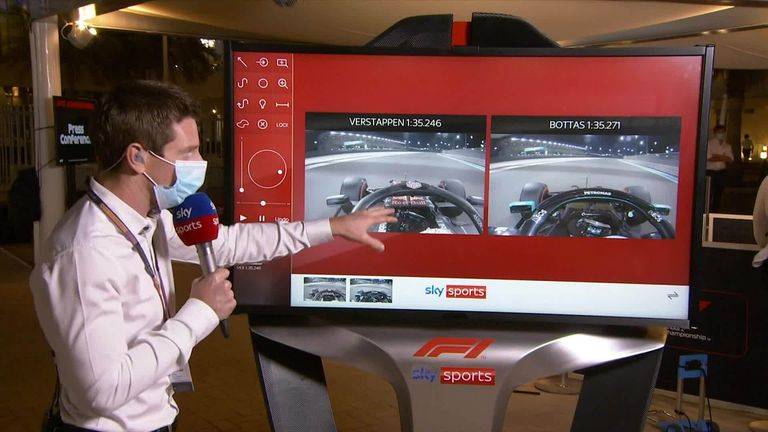 "You know you can bank on him," insisted Horner to Sky F1. "You know he's going to give it everything, you know that he can always surprise you and he's done that today.

"It's important to convert it tomorrow into a great result, so just for everybody in the whole team, they've all worked so hard under such difficult conditions this year - and it epitomises everything when you see it come together like that."

'We want to be closer to them'

Verstappen admitted to Sky F1 that he was "relieved" to end his pole drought, and Mercedes' dry-qualifying dominance.

"Just because I think this year I've done quite a few good qualy laps but it was never enough for pole position," explained Verstappen. "To finally have at least one I think for the whole team is a great achievement."

Red Bull have been, slowly but surely, closing in on Mercedes towards the end of F1 2020, with the seven-time world champions known to have stopped developing their current car to work on next year's.

"We've been working so hard really the whole season to try and close that gap to Mercedes," said Verstappen. "Of course they have a different strategy with how they develop the car but for us it was all about understanding the car, to make it better for next year. To do that today, to be first, I was very happy for the whole team." 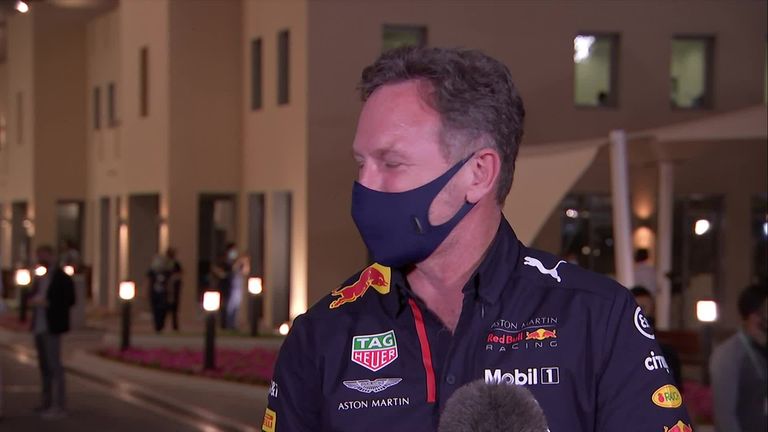 Verstappen, who is one of F1's stars but hasn't been given a title-contending car since joining Red Bull in 2016, added: "I have a great relationship with the whole team, it's a lot of fun. At the end of the day, of course Formula 1 is about performance but you also need to have good people around you, fun people around you, and I have that.

On Mercedes, he continued: "For us it's a great motivation to see a team do so well and we want to try and beat them. It's not easy, it's never going to be easy but at least today we were in front and that was a great achievement."