Max Verstappen talks flexi-wings, Mercedes, and why he's 'not bothered' by 'mind games' with 2021 rival Lewis Hamilton; Verstappen heads into the Azerbaijan GP as a championship leader for the first time in his career 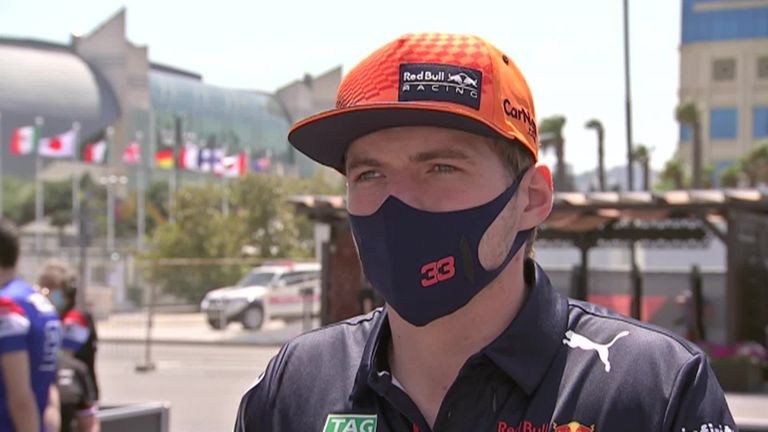 Max Verstappen has reiterated that Red Bull's 'flexi' rear wing is legal and believes teams are just trying to "slow down" Formula 1's new championship leaders by complaining about their car.

Several teams, including Red Bull, have been put under the microscope in recent weeks over how much their rear wing moves and bends, with the design thought to aid straight-line speed. The FIA is introducing new tests to clamp down on illegal wing movement, but those will not come into effect until the French GP in two weeks' time.

That means the wings could be used at this weekend's Azerbaijan GP, opening the door to increased scrutiny and perhaps even protests as the high-speed Baku circuit features the longest straight on the F1 calendar.

Verstappen, who lifted himself and his team to the top of the 2021 standings by winning in Monaco, believes Red Bull's performances have prompted the complaints but says their car is within the rules.

"I can understand of course other people looking into things when we are doing a good job with the car this season," Verstappen told Sky Sports F1.

"I can understand people complaining... but it's all within the rules so far. There's nothing wrong with it."

Verstappen added: "Of course, they try to slow us down." 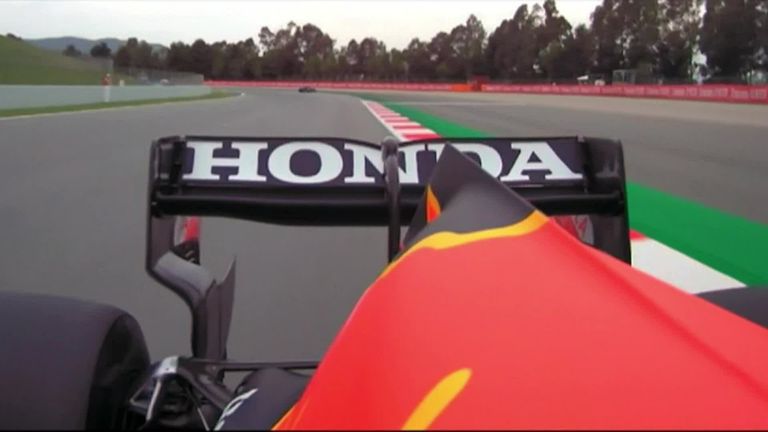 Red Bull have been playing down the impact of the rear wing on their speed in recent weeks, while they have also countered the criticism by suggesting Mercedes' front wing also moves while on track.

"I think you have to look at the overall picture, the most important and dominant part of the car is the front and we are not flexing as much as other teams there," said Verstappen.

Ferrari, Alpine and Alfa Romeo are other teams who have admitted they will have to make modifications to their cars to pass the new FIA rear wing tests.

Verstappen expects Mercedes to bounce back in Baku

Verstappen holds the championship lead heading into a race for the first time in his career, but suspects Mercedes will bounce back from a dismal Monaco - which the Silver Arrows left with just seven points from their two drivers.

"Of course we always try to target the season we are having at the moment," said Verstappen, with Red Bull leading the championship for the first time since 2013. 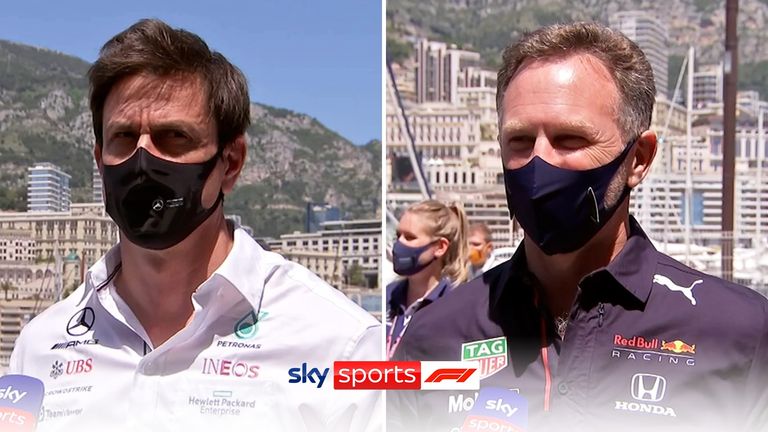 "It's a good boost for the team and we are very happy but we have to keep pushing, because Mercedes might have had a difficult Monaco GP but they are still very quick. We'll see this weekend what they're going to do."

Asked why he expects Mercedes to be fast in Baku by Sky Sports' Craig Slater, Verstappen stated: "Because they still have a very good car.

"Monaco never really suited them, they have a very long wheel base that is not amazing round there but overall for the rest of the season it seems like it's quite a strong tool.

Why Max 'can't be bothered' with Hamilton mind games

Verstappen also said on Thursday that he "can't be bothered" with mind games with Lewis Hamilton.

After winning in Monaco, the Dutchman said that "actions speak louder than words", which appeared to be hitting back at Hamilton who had said earlier in the week that Verstappen "feels he has a lot to prove".

"I can't be bothered by it, to be honest, mind games," said Verstappen.

"I think Lewis said after the race he doesn't want to play those things. So we just have to focus on what we have to do on the track anyway, which I think we do, and that's also the best.

"Whatever is said in here [in the press conference], sometimes it can be a bit emotional - after a race or before a race. It also sometimes depends on how you get the question asked.

"So it's alright. I think Lewis and I, we really respect each other, and I think that's really important."

Verstappen and Hamilton have gone wheel-to-wheel in four of the five races so far this season, avoiding any serious incident or clashes.