"I think that was pretty much everything we had," says Lewis Hamilton after qualifying second in Austin, 0.2s off Max Verstappen; Verstappen and Hamilton on front row for US GP - watch live on Sky Sports F1 at 8pm with build-up from 6.30pm 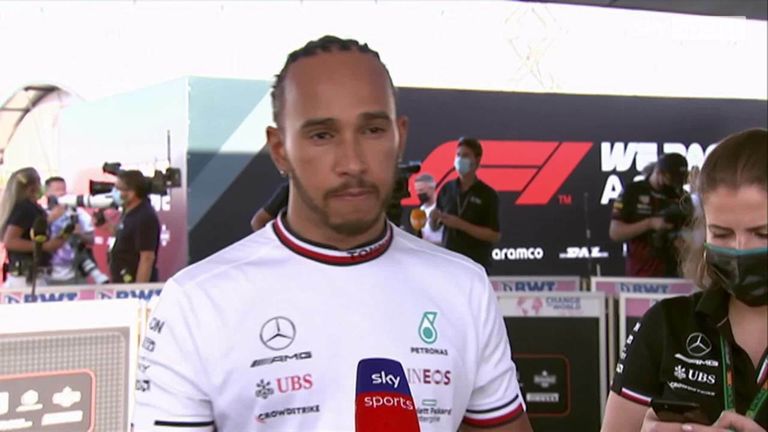 Lewis Hamilton insisted that a two-tenths deficit to Max Verstappen in United States GP qualifying was the best he could manage as he rued another shift in F1 title momentum in Austin, with a rejuvenated Red Bull turning the tables on Mercedes.

What started as a Mercedes-dominated weekend - the world champions were almost a second ahead of Verstappen in first practice - has turned into a Red Bull dream, so far, as the title challengers secured pole position and third on the grid for Sunday's race, live on Sky Sports F1 at 8pm.

Hamilton will start second in between Verstappen and Sergio Perez, who he beat by just 15 hundredths of a second.

And Hamilton believes that, while Mercedes came into the weekend as favourites and started on top, he could not have done much more.

"I gave it everything today - it was a bit of a struggle through qualifying," said Hamilton. "I think from P1 onwards we kind of fell back a little bit and those guys [Red Bull] were incredibly quick.

"I was happy with my last lap, of course there's always areas we can improve but I think that was pretty much everything we had."

Asked if he was surprised by the swing in performance by Sky F1, Hamilton responded: "I think we saw signs of it all weekend so it's not a surprise necessarily.

"We looked good in P1, the wind changed direction today and we just struggled to keep up with these guys. Not my favourite of days but we can fight tomorrow."

Mercedes technical chief James Allison told Sky F1 the team were running a similar setup on their cars in qualifying as they were in Q1, and so felt the qualifying results were more dictated by Red Bull's improvement. 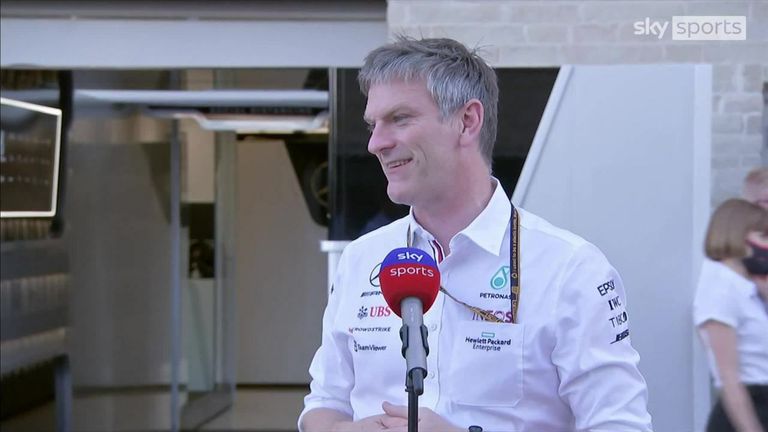 That was a verdict largely shared by Hamilton, who added: "It started off pretty good through P1 and then bit by bit, they got faster and I don't know if we git slower but yeah... it's been a real struggle the car compared to normally when we're here. It's been a challenge."

Hamilton though also still insists his "mentality is to win" on Sunday, which could lift him back to the top of the standings as he trails Verstappen by six points with six races remaining.

How have Red Bull got ahead of Mercedes?

Red Bull are understandably delighted with the shift in momentum, crediting plenty of setup changes on Friday with turning their weekend around as team boss Christian Horner admitted the car wasn't "tuned in", at first.

After trailing in first practice, which prompted fears about Mercedes' big advantage having come into the weekend on the back of three quicker weekends, Red Bull topped both P2 and P3, and then of course qualifying. 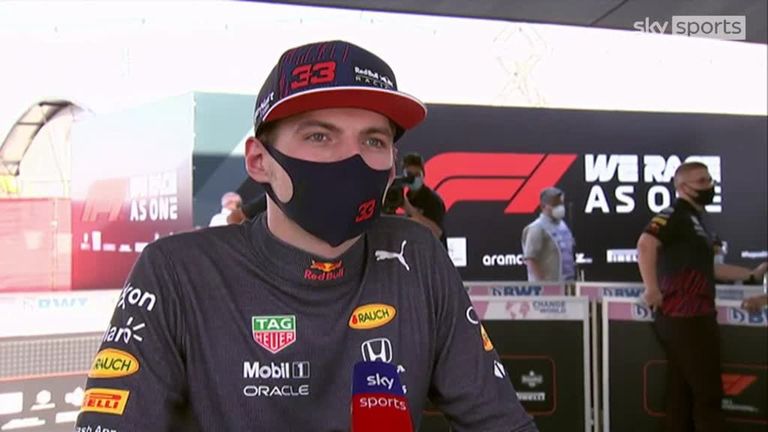 "It's maybe a tiny bit of a surprise but you can clearly see it has been swinging a bit the whole season," said Verstappen. "Luckily, it is still doing that!

"We'll see. I'm of course happy with the performance today but let's see in the race - that's a different story. And then the next races, those are another different story."

Red Bull will also have a strategy advantage over Hamilton in the race, with two cars against one with Valtteri Bottas down in ninth due to an engine penalty.

Lights out is live on Sky Sports F1 at 8pm, with extensive build-up from 6.30pm.