Watch Sunday's Grand Prix in the Mexican capital at 7pm on Sky Sports F1 and Main Event, with build-up from 5.30pm

Lewis Hamilton said he was as shocked as anybody by Mercedes' locking out of the front row ahead of Red Bull at the Mexico City GP - a result which has created a different set of challenges for them at the start of Sunday's race.

Red Bull had lapped significantly faster than anyone through practice but, amid warmer conditions in qualifying, Mercedes were suddenly able to turn the tables and usurp their rivals at the top of the timesheet from Q2 onwards.

Although beaten to pole position by team-mate Valtteri Bottas, Hamilton nonetheless crucially qualified one place ahead of Red Bull title rival Max Verstappen, who he trails by 12 points.

"Valtteri did an amazing job today and we both, and probably everyone in the team, is shocked we are on the front row because they (Red Bull) have been quicker than us all weekend," admitted a surprised Hamilton to Sky Sports F1.

"Half a second, six tenths, and no matter whatever we did to try and improve the car we couldn't really close that gap much. So it's a real shock. I'm grateful though."

"You can see that it can change so quickly from one session to the other. In Austin we were dominant on the Friday and then we lost the performance. Then here we were far behind then suddenly in Q2 we unlocked the potential of the car and it came together."

Hamilton said his W12 was actually "not nice to drive" in qualifying after some final set-up changes ahead of the session, while Bottas found some sublime form in Q3 and set two laps in the pole shootout which were quicker than anyone else could manage.

The Finn claimed his 19th career pole by 0.145s from Hamilton and by 0.350s from Verstappen

"Everything came together even better than I was expecting," said Bottas, the fastest qualifier at three of the last five races.

"I definitely surprised myself but as a team it was a big surprise as well that we were one-two because we seemed a bit off [the pace] in FP3.

"So a really rewarding feeling that all the changes we made were still in the right direction, stay calm and still try and execute the best out of the car. And it worked." 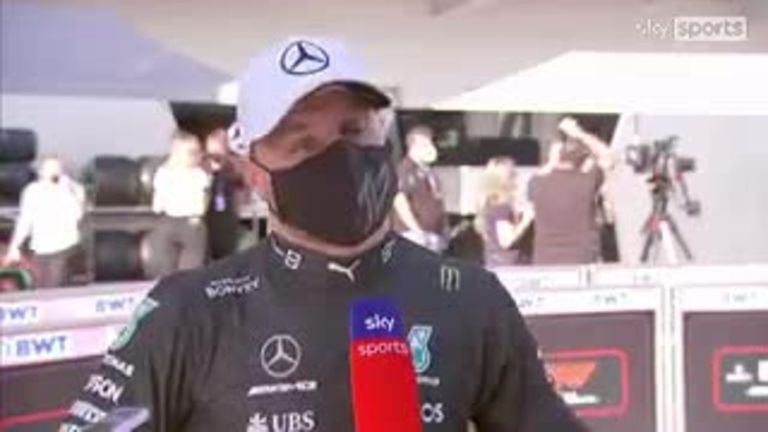 Having expected to behind Red Bull on Sunday's grid, Mercedes suddenly find themselves needing to focus on a different type of gameplan for the race start.

"I think we were rather thinking what are we doing if we are starting third and fourth," admitted Wolff. "Can that be an advantage, and it is a little advantage, but first of all I'm so happy that we have gained a little bit of momentum.

"I hope it's going to go until the end of the season like this, the swings."

The Autodromo Hermanos Rodriguez features one of the season's longest runs down to a first corner from the starting grid, offering strong slipstreaming opportunities for following cars. 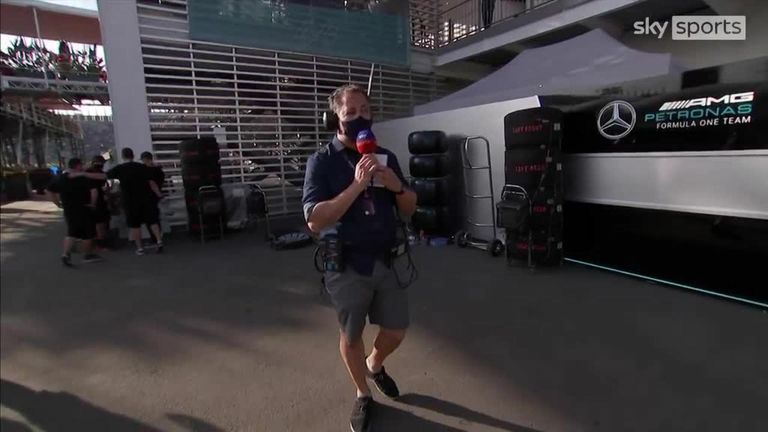 Indeed, Verstappen even suggested after qualifying that he would rather be starting third than second, where Hamilton is, with the second front-row berth occupying the less grippy 'dirty' side of the grid.

"Last night it would have been all simulations of what we'd do from third and fourth. Of course, we are pushing to get as close as possible, but there was no way we were going to get pole.

"So to have done so is great work from the team and we've just got to capitalise on that tomorrow."

Mercedes' priority for the opening lap will now be all about protecting their leading positions, meaning Bottas and Hamilton may have to work together to try and break the tow of the Red Bulls behind.

The pair have successfully done so in the past before and Bottas said: "The first thing I need to focus on is the race start, do my best, and speak with Lewis how we can maintain the lead as a team and keep the Red Bulls behind."

But Bottas also appeared aware that with Hamilton the one chasing the Drivers' Championship amid a closely-fought duel with Verstappen, the team may ultimately have to prioritise the Englishman's race.

"You never know what the race situation will be. I'm 100 per cent sure that there could be a circumstance that I can still win the race, and I believe in that and I hope for that," added Bottas.

"If not then I will support Lewis and get the maximum points for us as a team."