Sergio Perez outpaced Red Bull team-mate Max Verstappen once more as he edged out Ferrari's Charles Leclerc to go fastest in final practice ahead of qualifying for the Azerbaijan GP.

Perez and Leclerc exchanged one-twos in Friday's two practice sessions, and again were able to outpace world champion Verstappen as Red Bull and Ferrari made their final preparations for Saturday's pole shootout, which is live on Sky Sports at 3pm.

Leclerc appeared to have the advantage over the Red Bulls for much of the session despite continued porpoising in his Ferrari, but in the final 10 minutes Perez produced a lap of 1:43.170 to edge the Ferrari by less than a tenth of a second.

Verstappen, who finished 0.2s further back, had his final attempt at a flying lap ruined as he ran into traffic on the Baku street circuit, with the Dutchman taking to team radio to express his frustration. 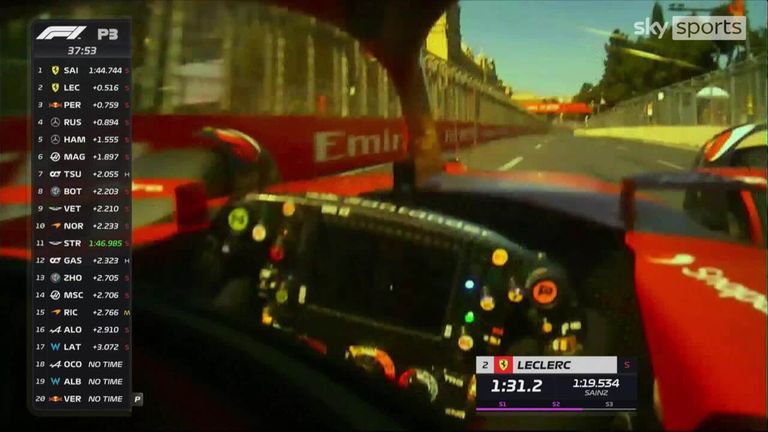 Carlos Sainz was fourth in the other Ferrari, while McLaren outpaced struggling Mercedes as Lando Norris finished a place ahead of team-mate Daniel Ricciardo in sixth.

Lewis Hamilton, who complained after practice on Friday of being sore due to extreme bouncing in the Mercedes, repeated his P2 performance by finishing 12th, with team-mate George Russell only manging eighth behind the AlphaTauri of Pierre Gasly.

The start of the final practice was delayed by 15 minutes after a crash in the closing stages of the F2 sprint race left the track damaged at Turn 1, with qualifying now also set to be pushed back due to FIA regulations insisting on two hours between the sessions. 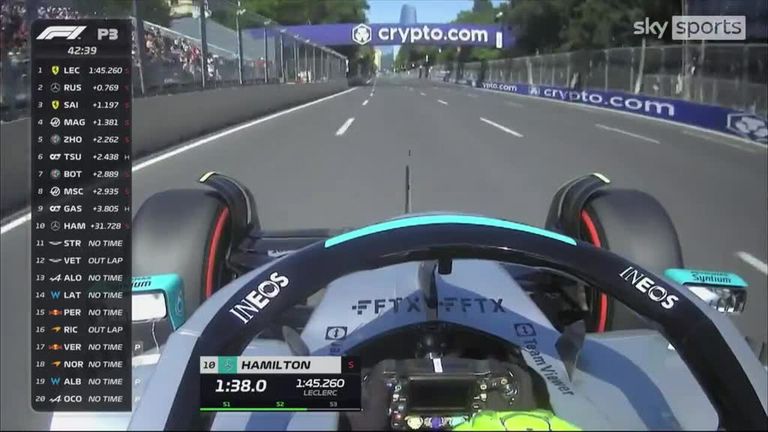 Perez's strong performance in Baku, where he won last year after Verstappen retired from the lead following a tyre failure, comes on the back of his first victory of this season in Monaco last month.

The Mexican's victory in Monaco, which was followed by the announcement of a two-year contract extension with the team, moved him within 15 points of Verstappen at the top of the world championship standings, with Leclerc between them.

Perez's strong form has led to debate over whether he is a genuine contender for the world championship, and his display so far this weekend in Baku has only strengthened his credentials, with Red Bull team principal Christian Horner having insisted on Friday that his drivers will be treated equally. 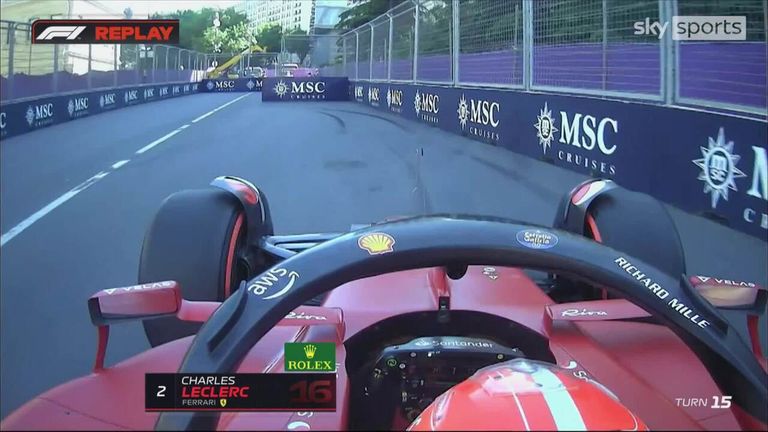 Leclerc, who is seeking to end a streak of four races without a win that has followed two victories in the opening three races of the season, went off track at Turn 15 as he attempted to better Perez's time in the closing stages of the session.

The Monegasque's qualifying form this season has been mighty, with the five pole positions he has taken in seven races this season likely to ensure he remains confident going into a crucial qualifying.

Mercedes have been unable to build on the apparent step forward they took at last month's Spanish GP, with the Silver Arrows likely to be more concerned about the pace of the midfield cars than Red Bull and Ferrari, who remain in a league of their own at the front. 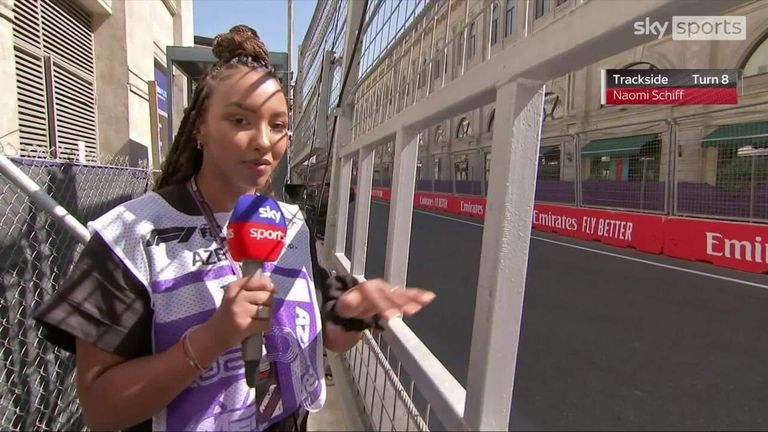 Having appeared off the pace on Friday, McLaren were the midfield team to take the biggest step forward in P3, with the under-pressure Ricciardo notably delivering a time that was within a tenth of his team-mate Norris, who has repeatedly outperformed him.

In contrast to McLaren's impressive display, Alpine appeared to take a step back as Esteban Ocon finished ninth, two places ahead of team-mate Fernando Alonso, who had ended Friday's second practice in fifth.

There was also disappointment for the Ferrari-powered Haas and Alfa Romeo teams, with Valtteri Bottas finishing 19th for the latter, only beating the Williams of Nicholas Latifi.