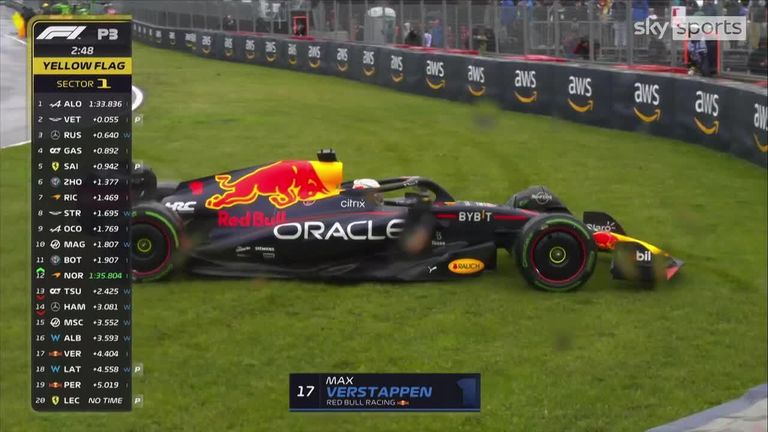 Fernando Alonso set the fastest time in an intriguing wet final practice session at the Canadian GP, ahead of what promises to be a thrilling qualifying in Montreal.

Alonso edged out AphaTauri's Pierre Gasly and the Aston Martin of Sebastian Vettel, who were both just over half a tenth back from the Spaniard, with his Alpine team-mate Esteban Ocon fourth.

After opting not to participate in the first half of the session, world championship leader Max Verstappen was only ninth - a place behind his Red Bull team-mate Sergio Perez - and narrowly avoided what could have been a costly crash as he spun at Turn 2.

Ferrari confirmed during the session that - as many had expected - Charles Leclerc is taking a new power unit and will start Sunday's race from the back row, a decision that meant the Monegasque chose not to set a lap time.

Having struggled on Friday, Mercedes did not appear to benefit from the wet conditions, with George Russell seventh behind the McLarens of Daniel Ricciardo and Lando Norris, while Lewis Hamilton was 15th. 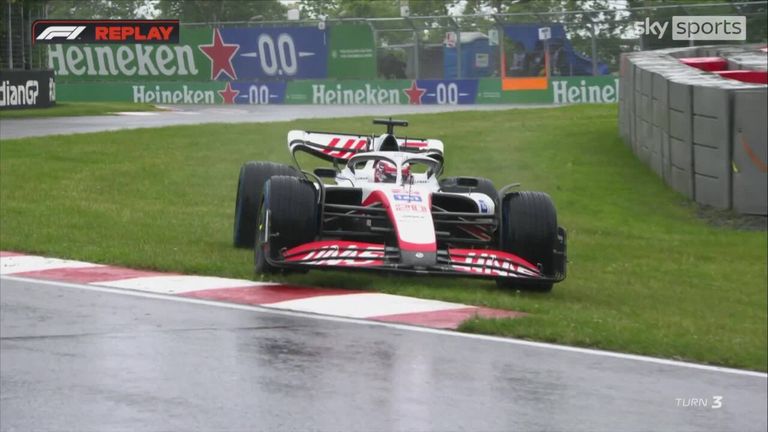 The other Ferrari of Carlos Sainz, who finished 10th, set the early pace as all the cars stayed on wet tyres for the opening half of the session, with Vettel taking over top spot just before some cars switched to intermediates.

Alonso, who had been fast on wets, immediately excelled on inters, shooting to the top of the timesheet as track conditions appeared to improve despite constant rain.

The Spaniard would exchange the fastest lap several times with Vettel, before Gasly jumped into second in the closing moments of the session.

While Leclerc's decision to largely stay in the garage was understandable given dry conditions are expected for tomorrow's race, Verstappen remaining off track for the opening 35 minutes was a more curious decision. 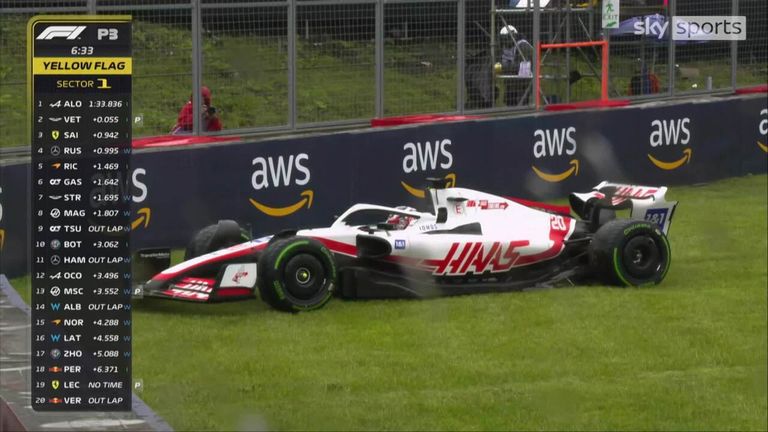 When the world championship leader did appear, he was unable to match the speed of Alonso, and it will be interesting to see if he has more to offer in qualifying, during which the rain is expected to continue.

Despite Alonso's lap time of 1:33.836 being almost 20 seconds off Verstappen's leading effort in P2 on Friday, the conditions brought drama to the final practice session as drivers struggled to stay on track throughout.

Kevin Magnussen was another to manage a fortunate escape as he went straight on at Turn 2 in the Haas, and there will no doubt be further incidents as drivers push hard for grid positions in qualifying.

Hamilton, who declared his Mercedes "undriveable" during P2 on Friday, was one of only three drivers, along with Russell and Sainz, to set his best effort on wet tyres.