The Red Bull driver picked up floor damage during the first half of the race and finished the British GP in seventh; F1 returns next weekend in Austria with all sessions live on Sky Sports F1 including the Sprint from 2.30pm on Saturday and race from 12.30pm on Sunday 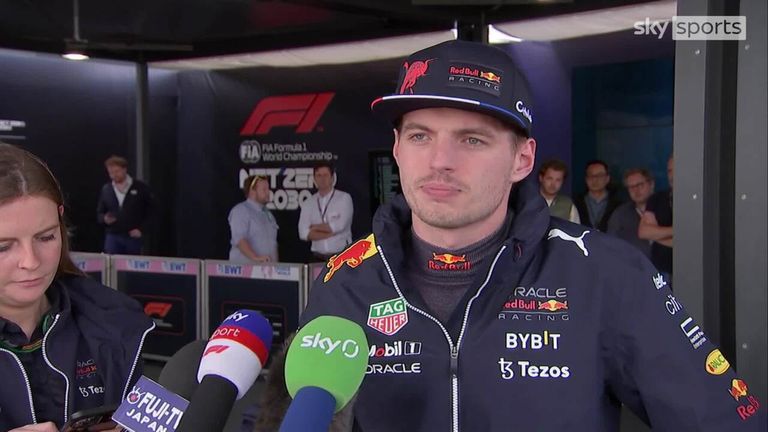 Max Verstappen said he felt like his Red Bull car was "falling apart" during the British Grand Prix and seventh was a good result in the circumstances.

The Red Bull driver started his day at Silverstone fairly positively; taking the race lead away from Carlos Sainz, after the Spanish driver made an unforced error going wide off the track.

Verstappen's move to the front came after the race had been restarted, following a frightening early multi-car crash.

However, the Red Bull driver then suffered significant structural damage to his car. As a result, he found himself fighting it out in the midfield and the 24-year-old became increasingly frustrated over team radio.

"Critical [damage] means that the car is not able to run anymore," he told Sky Sports F1.

"I'd just gone into the lead because of Carlos' 'moment' and then a few corners later, there was a piece of debris on the racing line. 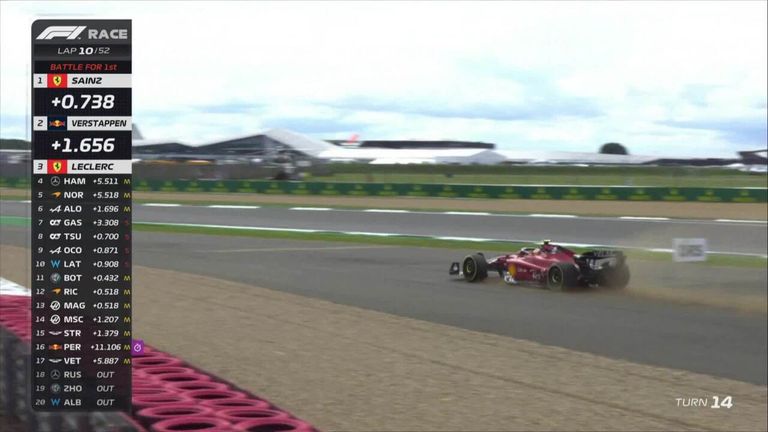 "As soon as I arrived there [on the line], I could not drastically turn left or right, so I tried to hit it head on. Normally, it would just get pushed away, but this time it went in my floor and destroyed the whole left hand side of my floor.

"Within two corners, I felt like the car was falling apart. I thought initially I had a puncture, which was not the case, but even after that the car was a handful to drive." 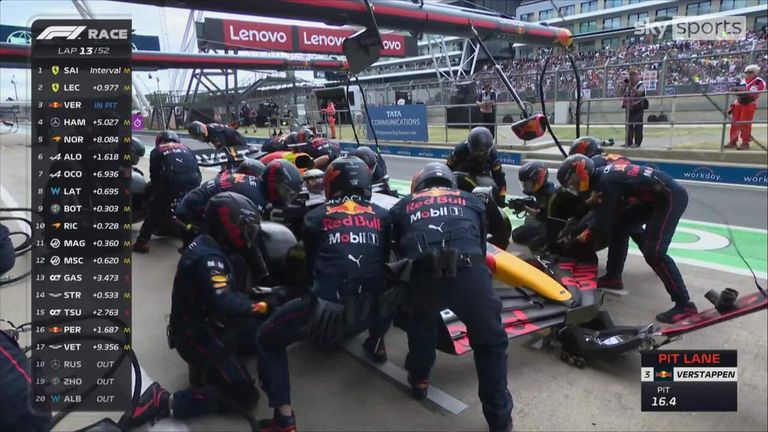 For the rest of the race - over half of it - Verstappen battled away with his car and his team boss Christian Horner revealed after that it was working with half the downforce from the floor.

In the final laps, Verstappen was tussling with Mick Schumacher as the Haas driver aimed to pick up his first points in Formula 1, and Horner praised the world champion's hustle.

"I've never known him to fight as hard for a seventh place, but that could just make the difference at the end of the Championship," Horner said.

"He had great pace today. He was able to get the lead, starting to build a lead and then he hit the debris. The damage just got worse." 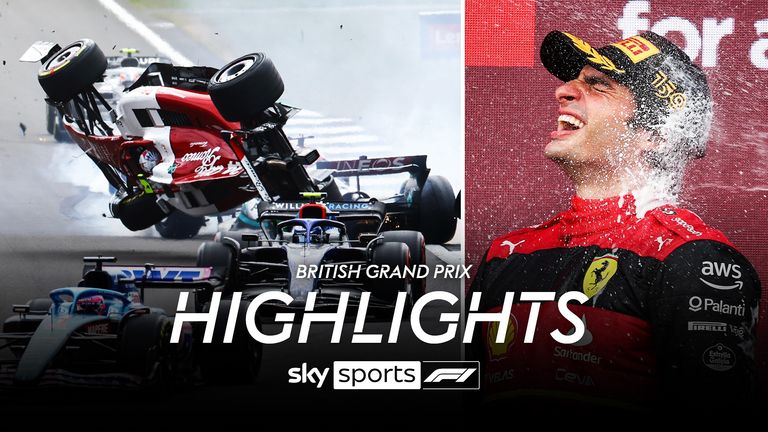 "I think overall to finish seventh with that car, it was still a good result," Verstappen concluded. "It's better than zero points that's for sure."

Horner added that Verstappen 'fought like a lion' and hailed the work of both of his drivers, after Sergio Perez also came back from adversity on the Silverstone track.

Perez's car suffered early damage from Leclerc and fell to 13th, before he added to the drama-filled race and ended up with a staggering P2 finish.

"He was brilliant today," Horner said about Perez.

"It just shows, you never ever give up. The recovery drive to come from close to half a lap down to second place was phenomenal.

"We had a good car here this weekend. It's frustrating not to get the victory with either of the drivers, but I'm pleased for Carlos Sainz and his first victory. He drove a good race today." 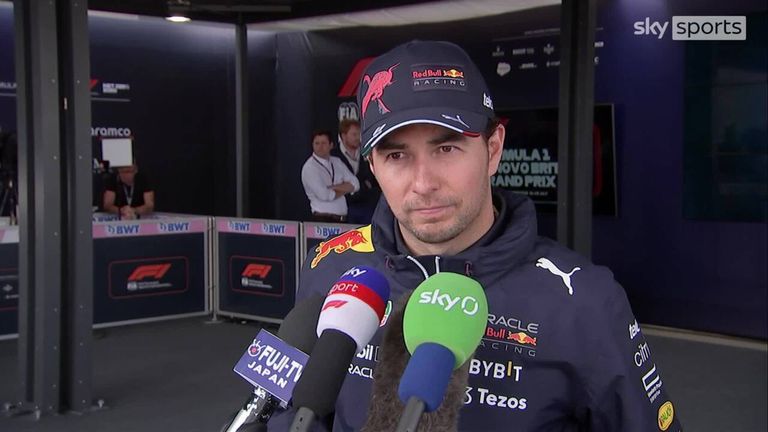 Following the final positions at Silverstone, Red Bull have taken a hit in the Constructors' Championship, however Horner was philosophical about the weekend overall.

"The damage for us in the Drivers' Championship... Checo has extended his lead over Charles and Charles has only gained six points over Max.

"In the Constructors', we've only conceded 10 points so considering the day that we've had, that's not too bad."

Next stop for Formula 1 will be the Austrian Grand Prix and it's a stop on the calendar everyone at Red Bull are looking forward to.

"We'll maybe get a warmer reception there than here," Horner said.

"It's our home race and it's going to be another capacity crowd. It's a track that you can overtake at, a short lap and there's a sprint race, so there are a lot of points up for grabs."