Lewis Hamilton continued his strong form to qualify fourth for the French GP; Mercedes were unable to compete with Ferrari and Red Bull for top three places; Watch Sunday's race live on Sky Sports F1 at 2pm, with build-up from 12.30pm Lewis Hamilton has admitted Ferrari and Red Bull remain in their "own league" after Mercedes were once more unable to keep pace with their rivals in French GP qualifying.

The seven-time world champion continued his strong recent form to qualify fourth as he comfortably outperformed team-mate George Russell, but was unable to challenge pole-sitter Charles Leclerc and the Red Bulls of Max Verstappen and Sergio Perez.

Hamilton almost certainly would have found himself a place further back if it weren't for the fact the second Ferrari of Carlos Sainz opted not to set a lap time in Q3 as he was facing a demotion to the back of the grid for taking new engine parts.

Mercedes' performance in the south of France has been particularly disappointing, given many had expected the Paul Ricard Circuit to suit the Silver Arrows and present them with an opportunity to challenge for a first race victory of their hugely challenging 2022 campaign.

"I'm really happy with my qualifying session if I'm honest," Hamilton said. "My last lap was great, I finished it and was like 'that's an awesome lap' but, you know, still nine tenths off the guys at the front. "I'm not really sure why that gap has got bigger between these two races. But yeah, they're [Ferrari and Red Bull] kind of in their own league."

Mercedes had shown recent signs of improvement with Hamilton finishing third at each of the last three races, and further upgrades for this weekend had increased expectations around the paddock.

"When we say we had updates we brought like the tiniest thing. It could be half a tenth, maybe a tenth if it worked perfect," added Hamilton, who is sixth in the world championship - 99 points adrift of leader Max Verstappen.

"It's difficult to really see it to be honest. But honestly, I came here thinking, 'last race we were three-four tenths off, so this weekend maybe we'll be two-three tenths off,' and we've been a second off all weekend and sometimes a second and a half.

"So, to get to nine tenths isn't too bad, but they're [Ferrari and Red Bull] in their own place and everyone behind me is struggling too. We just keep fighting."

Mercedes have struggled to adjust to F1's new design regulations for the 2022 season, with the eight-time reigning constructors' champions trailing leaders Red Bull by 122 points as the season enters its second half.

Team principal Toto Wolff admitted that Mercedes' latest failure to close the gap on their rivals had led to a "freestyling" approach to the weekend, which saw Hamilton trial a higher downforce rear wing in final practice before abandoning it for qualifying.

"I think that we knew that once we got the new tyres on and that we are driving the car in anger a little bit, we're going to be there as a third force, like we've been all season, but it's just not good enough," Wolff told Sky Sports F1. 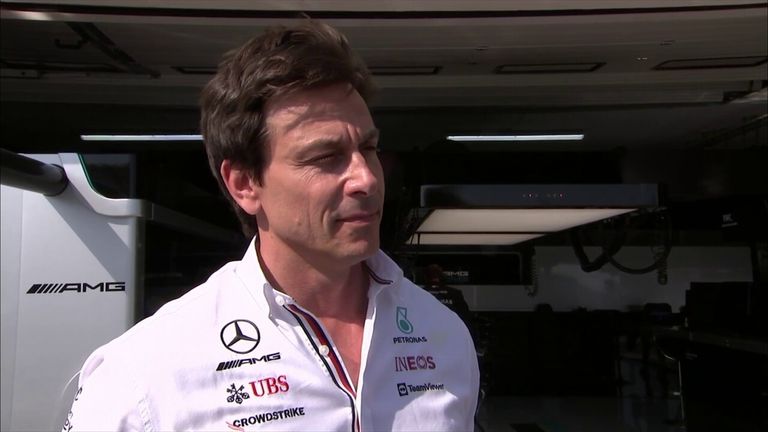 "You can see that when you're a little bit on the back foot, you're expectations are on a certain level for the race weekend and when it doesn't come together, a kind of freestyling starts.

"With us it was mainly experimenting with rear wing levels and also tyre temperatures, but at the end the overall package is just not quick enough and we can see that."

Despite his disappointment at the team's overall performance, Wolff reserved special praise for Hamilton, who was almost four tenths quicker than his team-mate in Q3.

"(He did) an immense job," Wolff said. "If Sainz is there it's P5, but still a great, great job. He probably has extracted more than the car has at the moment."

Russell, who has struggled to keep pace with Hamilton in recent races after surprisingly outperforming his team-mate during the early stages of the season, found himself in sixth after making a mistake on his final flying lap.

As a result, he will start behind the McLaren of British rival Lando Norris but remains confident that Mercedes can continue their pattern of showing superior pace on Sunday, which they have largely done throughout the season.

Russell appears to be confident of clearing Norris, and is more focused on the possibility of helping Hamilton track down the Red Bull of Perez in third. 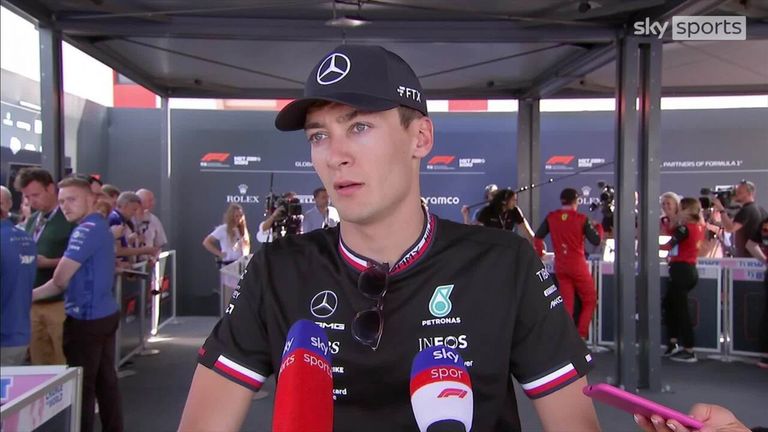 "I think as a team we were probably a bit further away than we would have hoped and would have expected, especially after yesterday," Russell said.

"Personally, I sort of built up to it in Q3, I was P4 and felt comfortable and I just made a mistake on my last lap, so yeah, not the end of the world. At the end of the day, I think the gap is more concerning than the finishing order.

"We just need to understand that we're the only team on the grid that close the gap to the front on a Sunday compared to a Saturday. All the other gaps extend, and we reduce it, so hopefully Lewis and I can take it to Checo. I think Charles and Max are probably too quick for us at the moment.

"I think McLaren have always shown very strong qualifying pace, but based off yesterday we should be able to get past them pretty comfortably."