Hungarian GP: Carlos Sainz sets fastest time in Practice One as Mercedes appear off the pace

Carlos Sainz continued his strong form to outpace Max Verstappen and Charles Leclerc in Practice One at the Hungaroring; Lando Norris fourth for McLaren ahead of both Mercedes cars; Watch Practice Two from the Hungarian GP live on Sky Sports F1 from 3:45pm on Friday

Carlos Sainz beat Max Verstappen to the fastest time in first practice at the Hungarian Grand Prix as Ferrari appeared to hold an early advantage over Red Bull.

Sainz was engaged in a three-way battle with Red Bull's world championship leader Verstappen and Ferrari team-mate Charles Leclerc throughout the session, but it was the Spaniard who led the way with a 1:18.750 at the Hungaroring.

Lando Norris took fourth for McLaren, nipping ahead of Mercedes duo George Russell and Lewis Hamilton, who were separated by the other Red Bull of Sergio Perez.

The other McLaren of Daniel Ricciardo was half a second back from his team-mate in eighth, while Alpine's Esteban Ocon and Fernando Alonso completed the top 10. 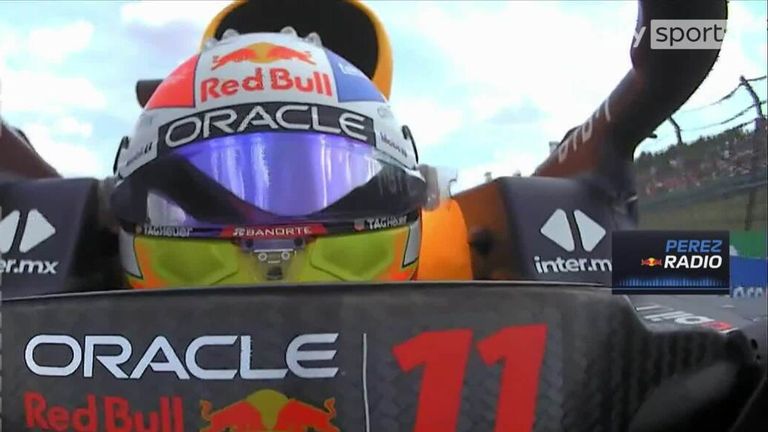 The introduction of a new rear wing appeared to offer some improvement for Aston Martin, as Sebastian Vettel, who on Thursday announced he will retire at the end of the season, finished a place ahead of team-mate Lance Stroll in 11th.

After Verstappen took advantage of Leclerc's crash from the lead at last week's French GP to extend his world championship lead to 63 points, Ferrari have been left with little margin for error for the remaining 10 races of the season.

The expectation arriving in Hungary for the final race before F1's summer break was that the circuit style would suit the Italian team better than Red Bull, and the early evidence suggested that may be correct, with Sainz taking top spot despite having recorded his best lap on a set of tyres he had already attempted a flying lap on. 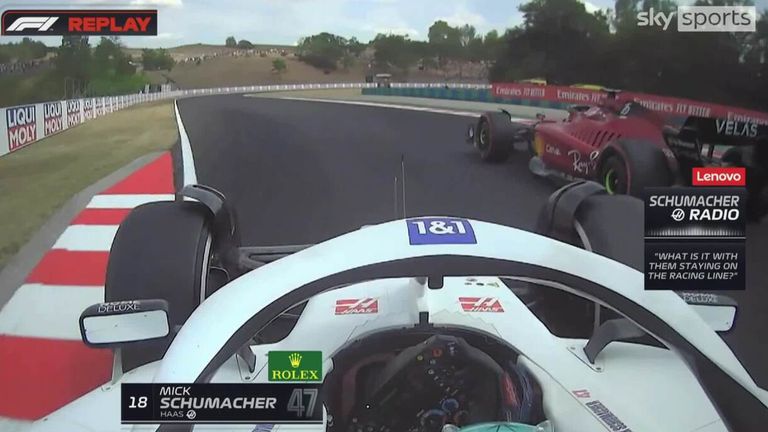 The fact that Sainz once more outpaced team-mate Leclerc was also notable, with the Spaniard appearing to have had the edge last weekend in France but being unable to compete for victory due to a grid penalty for taking new engine parts.

Leclerc promised on Thursday that he had moved on from his disastrous error in France, but will undoubtedly be keen to re-establish his status as the team's lead driver throughout the remainder of the weekend.

Speaking to Sky Sports F1 after the session, Red Bull team principal Christian Horner accepted that his team could be on the back foot in Budapest. 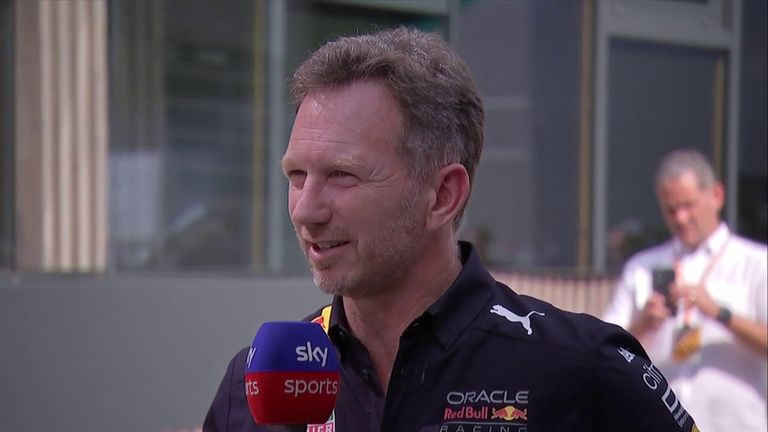 "I think they could have the advantage here but after the summer break maybe Spa, Monza may come back ironically towards us," Horner said.

Along with Ferrari, there had also been speculation that the smooth nature and layout of the Hungaroring could suit Mercedes, who secured a first double podium of the season last weekend in France.

While that was an encouraging result for the Silver Arrows, the reality was that had Leclerc have finished the race and Sainz not been facing a grid penalty, neither Hamilton nor Russell would have made the rostrum.

Ultimately it was hard to gauge in Friday's opening session where exactly Mercedes were at, with both drivers spending a notable amount of time on hard tyre runs, while Ferrari and Red Bull prioritised the faster soft options. 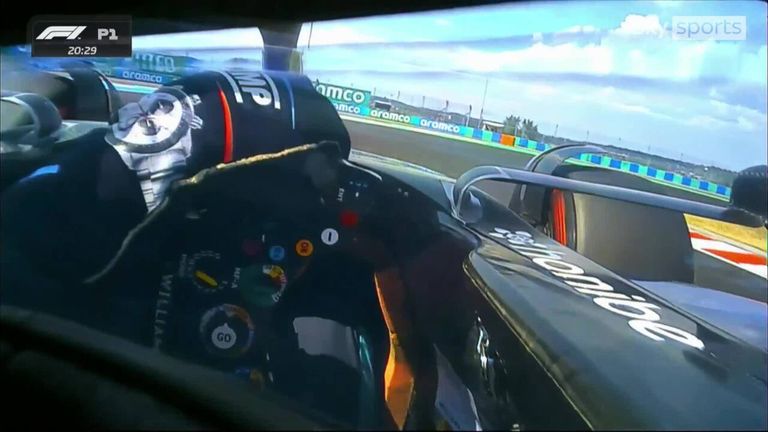 That decision was likely influenced by the fact rain is expected all day on Saturday, meaning there is unlikely to be any dry running in Practice Three, while qualifying also appears almost certain to take place in wet conditions.

The only point in the session - around the halfway stage - when Mercedes did try out soft running, Russell went second and Hamilton fifth, with both drivers within three tenths of the leading time at that stage, suggesting they may be closer to their rivals than was the case in France, when the margin was often around a full second.

The forecast, which also indicates the possibility of rain and cooler conditions for the race on Sunday, will undoubtedly be a factor on the minds of all teams as they prepare for Practice Two, which is live on Sky Sports F1 from 4pm on Friday.