Max Verstappen can become F1 drivers' champion again at Suzuka this weekend, but is not thinking too much about that prospect; Title rival Charles Leclerc admits it will be difficult to overhaul the Red Bull driver's lead; watch the Japanese GP on Sky Sports

Max Verstappen is adamant a lot needs to fall into place for him to be crowned Formula 1 drivers’ champion for the second year in a row at the Japanese Grand Prix.

The Dutchman only needs to score eight points more than Ferrari rival Charles Leclerc and six points more than Red Bull team-mate Sergio Perez at Suzuka to retain the title he sealed in dramatic and controversial circumstances in the final race of 2021.

Such an outcome would see Verstappen secure the championship with four Grand Prix of the current season still remaining, yet the 25-year-old is not thinking too much about that possibility and believes there is plenty which needs to go in his favour for that to happen.

"It would be very nice if it happens here," Verstappen said. "But if it doesn't happen here, I will be more in favour [to win the title] the next race [the United States Grand Prix on October 23].

"It doesn't really change anything. You just want to have a good weekend and try to maximise everything you can.

"I need a perfect weekend to clinch the title here, but to be honest, I'm not really thinking about it too much.

"It's a shame we couldn't be here last year in a title fight, so that's why we are looking forward to being back here, then we'll see what happens. We need a perfect weekend, for sure." A second-place finish behind Perez in Singapore last weekend means Leclerc goes into the first Japanese Grand Prix for three years sitting 104 points behind the defending champion in second place in the drivers' standings.

Leclerc and Ferrari made a flying start to the year, winning two of the first three Grand Prix and appearing on the podium in four of the first five races of the year.

However, he has not stood on the top step since the Australian Grand Prix in July and even though the last three races have produced podium finishes for him, the 24-year-old conceded it would be difficult to overhaul Verstappen at this stage.

"Realistically, Max is going to be champion - if not this weekend, then very soon," Leclerc said. "We need to focus on ourselves and try to execute well on Sunday because performance is not what we've lacked this year. 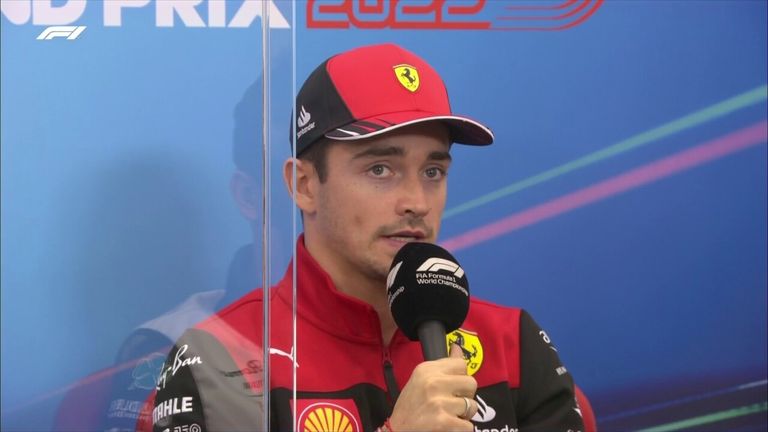 "If we look from the first race to now, performance has always been very strong and good enough to fight for wins.

"It's mostly about trying to put everything together Sunday, coming with strategy and tyre management, and that's where we are focusing at the moment, and this is the step we have to take next year in order to fight for the championship.

"Red Bull will be very strong here; it's a track where you run the car in a similar position to Spa and I expect them to be very strong. Hopefully, we learnt well in Spa and will be stronger than we were there."

The outcome of the world championship has been decided in Japan on 12 previous occasions and should Verstappen clinch this year's title at Suzuka. It would carry extra significance as it is the circuit where he got his first experience of a Formula 1 Grand Prix weekend in 2014. 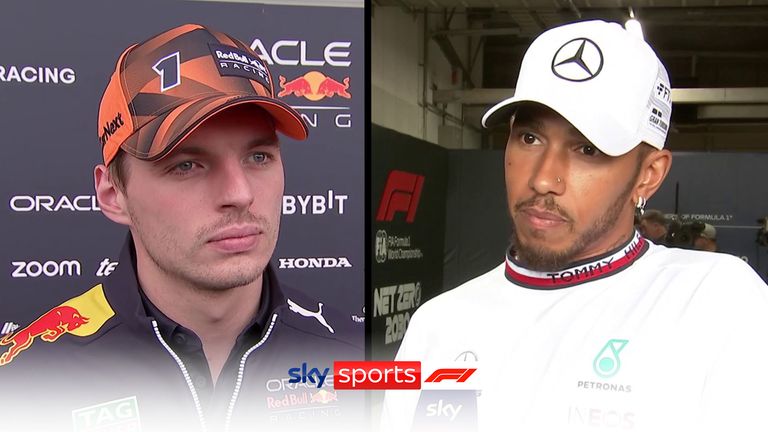 Although his test drive for Toro Rosso - now Alpha Tauri - in the first Friday practice session was ended early with smoke coming out of his car due to a broken exhaust valve, Verstappen has fond memories of that run-out which helped set him on the road to Formula 1 stardom.

"To do your first outing in an F1 car around Suzuka is not straightforward, but Red Bull wanted me to do it and I remember the very first time I drove out, I couldn't believe how much power I had," Verstappen said.

"That was a bit of a shock to the system but overall, very good memories of driving the car and trying to understand the basics of a Formula 1 car. In all those years after that, what helped the most is just [gaining] experience.

"The good and bad moments you've had in Formula 1 make you a better driver, just knowing how the weekend works...now it all feels very easy.

"When you start in F1 it's very unknown and at the time I only had one year of single-seater experience as well. If I compare myself as a driver from then to now, it's a very different experience."