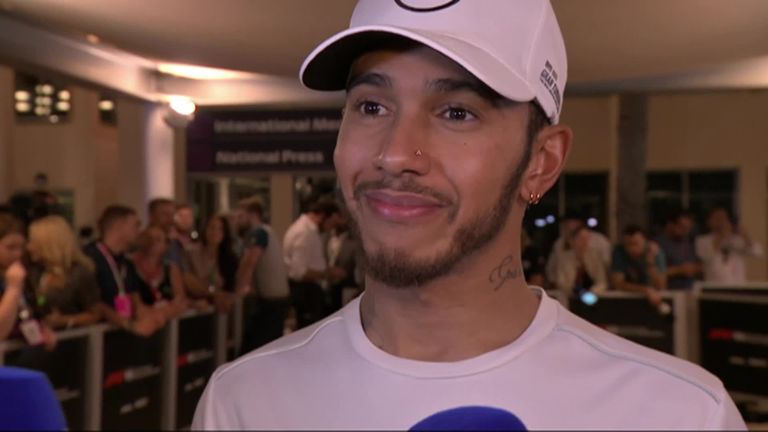 Lewis Hamilton says he wanted to finish the F1 2018 season in style as the best preparation for a renewed battle with Ferrari and Red Bull in 2019.

Refusing to ease off after winning his fifth world championship, Hamilton won both of the year's final races in Brazil and Abu Dhabi.

"I really wanted to finish the season strongly," said Hamilton. "I wanted to end how l plan to start next year - that was the new psyche."

But after a relentless Hamilton inflicted another defeat on his rivals, both Sebastian Vettel and Valtteri Bottas have admitted they need a break from F1.

Bottas, Hamilton's team-mate at Mercedes but without a win in 2018, told Sky F1: "I want to have some time and time to think about things. Mentally it's been a pretty tough year, l need a break."

And Vettel, whose season was punctuated by a series of costly errors, admitted: "I think I need some time for myself. I think it has been a quite difficult and exhausting year for me. I definitely need a bit of a gap.

"Looking back I haven't been at the top of my game."

Hamilton, however, believes Vettel will be his main rival next season.

"I imagine it would be Sebastian and Valtteri alongside me," Hamilton told Sky F1.

"Red Bull have got a great car, they have been very strong at the end of the year. They will have a new engine next year. Will they be able to compete with us? I hope so. That would be epic if they could mingle with us weekend-in, weekend-out. But they have to work on their reliability. But l wish them all the best.

"We are ready for the competition."

Immediately after the race, Hamilton and Vettel had a half-hug on the grid, prompting the Englishman to say: "It's been a real honour and a privilege racing against Sebastian. I've known him since Formula 3 days and he's always been an honest, hard-working racing driver and he has always raced his heart out.

"He did a fantastic job this whole season. There's so much pressure on us all, so don't ever look at our shortcomings as anything less than us giving our best and Sebastian did. I know next year he's going to come back strong, so I've got to make sure I come back with him." 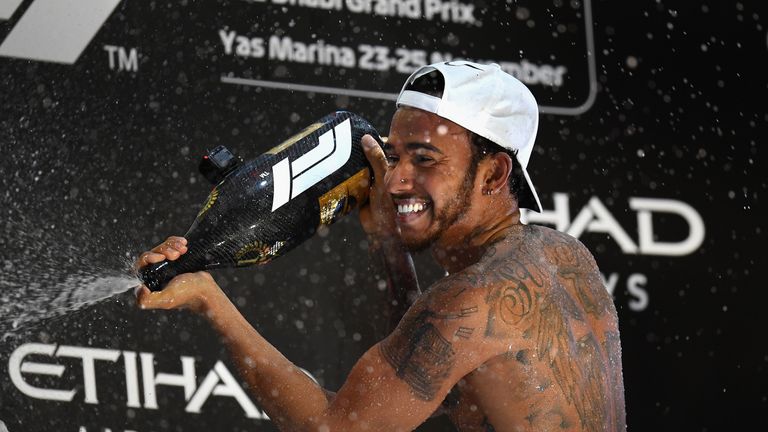 Hamilton finishes F1 2018 in style
Prior to his victories in Brazil and Abu Dhabi, Hamilton had never won a race in a season in which he had already been crowned champion.

"It's been a real strong weekend which I'm very happy about," Hamilton said after his win in the Abu Dhabi desert. "The team did an exceptional job this year and I really wanted to deliver for them."

Hamilton continued: "I've grown and understood myself more and more. I have loved driving the car."

Reflecting on his words, Sky F1 pundit Martin Brundle said: "They were very powerful words. Where he is mentally is just so impressive."