By James Galloway at Barcelona

Lewis Hamilton is expecting Mercedes' "most challenging year" as they bid to retain their Formula 1 supremacy in 2019.

Rivals Ferrari have grabbed the early headlines at winter testing at Barcelona, topping the timesheets on the opening two days, while Mercedes have focused on heavy-fuel long runs as they continue to understand their new W10.

Hamilton, speaking in his first press conference of the new season, predicted he and Mercedes were likely to face greater competition than ever.

"It's crazy to think I've had six years with the team, it's exciting, but this is going to be the most challenging year of our partnership," said Hamilton, winner of four of the last five world titles.

"So it's super exciting. I still love racing so nothing really changes there." 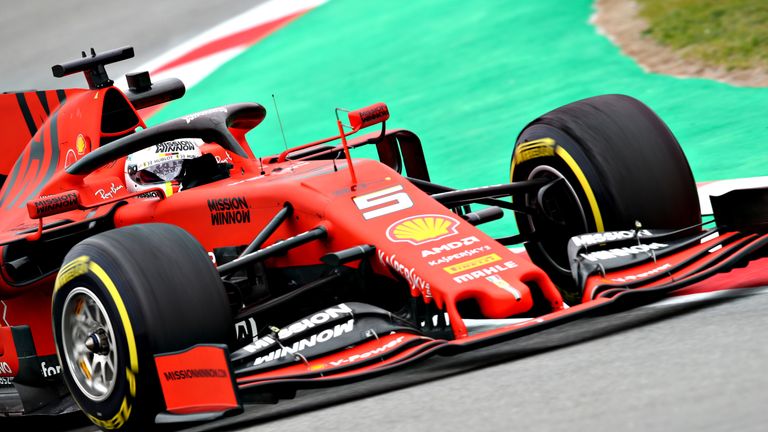 While headline lap times at pre-season testing can often be wholly misleading, particularly in the first week, Ferrari have impressed early on with their new car's pace and reliability.

Asked what he made of rival Sebastian Vettel's comments that it was his best start to pre-season, Hamilton replied: "That's good for him, they've been looking great. We're just digging deep and trying to understand the car, pretty much the same as every year.

"Every year Ferrari always look strong, particularly the last few years they have looked very strong right at the beginning, so it's to be expected."

Despite Mercedes' five consecutive championship doubles in the current engine era, Ferrari have topped almost twice as many winter timesheets (19 to 10) since the start of 2014.

Hamilton said his early experiences of Mercedes' new car were positive but there were lots of areas to still assess.

"The car felt similar to last year in a sense it wasn't a massive difference," he added. "We do have a little bit less downforce than last year, which is to be expected, but there are some new characteristics on the car which over time we'll find out if it's better or not. Currently I don't know."

Get the dedicated Sky Sports F1 channel - the exclusive home of all live F1 next season - for £18 a month in HD with no contract. Get Sky Sports F1.