Daniel Ricciardo having to adapt at Renault, getting out of 'old habits'

Ricciardo has been off the pace compared to Hulkenberg and has suffered two DNFs; Watch Chinese GP live on Sky F1 from April 12-14

By Jonathan Green and James Galloway

Daniel Ricciardo admits he is having to adapt his driving style at Renault and "get out of some old habits" from his time at Red Bull.

The Australian has had a difficult start to the season with his new team after leaving Red Bull, suffering two retirements and failing to make it into Q3.

Ricciardo has also been outperformed by new team-mate Nico Hulkenberg, only finishing ahead of the German in Practice Three in Australia and Qualifying in Bahrain - when Hulkenberg suffered engine mapping issues and was a surprise elimination in Q1.

Seven-time race winner Ricciardo concedes he has yet to feel fully comfortable in his RS19.

"The weekend was a struggle," he told Sky F1 in Bahrain. "Just quite a long way off the pace and trying to understand why.

"For sure some is in me learning the best way to drive the car, trying to maybe get out of some old habits from last year.

"But also a few set-up things and trying to work out what works best for me to build my confidence in this car."

He added: "I don't want to say I'm stuck in my old ways with the Red Bull but for sure this car needs to be tamed a little bit differently. I'm just trying to master that."

Ricciardo had looked on course to earn his first points for Renault at the Bahrain GP, but a suspected MGU-K failure three laps from the finish forced him to retire from 10th. 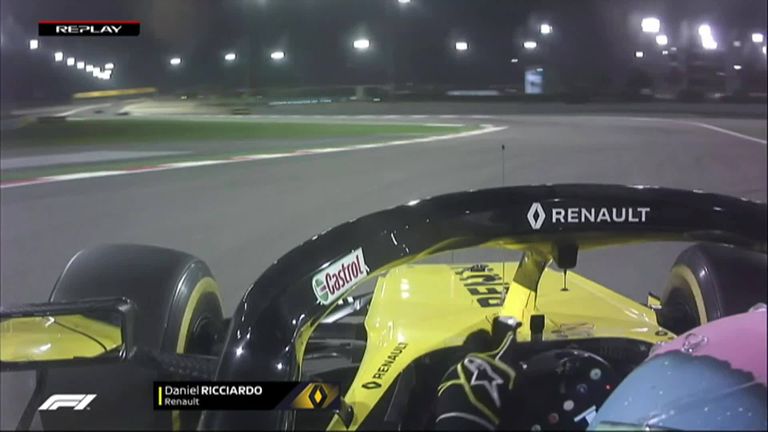 He also blotted his copybook by running into Hulkenberg as the German passed him on lap 39, which Ricciardo attributed to still finding confidence in his braking.

The 29-year-old took part in day one of the first in-season test in Bahrain on Tuesday in an attempt to get more familiar with his car, but he was limited to just 45 laps as rain severely limited running in the afternoon.

Despite not making the start he had hoped to at Renault, Ricciardo remains excited about what is to come one he become more in tune with his surroundings.

"There is still some room for me to grow with it, for sure. In a way that excites me," he said.

"I would love for it to happen like that, and be on the pace and to be honest I expected to drive the car for the first time in testing and be on it.

"I don't want to have to be patient but realistically it is going to take a bit of time to feel comfortable. I'm not there yet, but that's also encouraging that I'll keep getting better."

Next up for Ricciardo is the Chinese GP where he produced one of the best drives of his career last year to claim victory, having surged from sixth to first in the space of 10 laps. Watch live and exclusive on Sky Sports F1 from April 12-14.