Azerbaijan GP: What you need to know

Get ready for some thrills and spills as Formula 1 heads to Azerbaijan for round four of the 2019 season.

Reigning champions Mercedes have made the perfect start with one-two finishes in each of the opening three grands prix, and a repeat this weekend would see them become the first team to achieve the feat in the first four races of a season.

It is also the only track where a team other than Mercedes, Ferrari or Red Bull has finished on the podium since its first race in 2016.

And after the opening three flyaways, F1's return to the edge of Europe sees teams begin to bring their first big upgrades of the season.

Ferrari have confirmed they will be sporting "a few updates" on their SF90, while both Red Bull and Toro Rosso cars will be running Honda's 'Spec 2' internal combustion engine.

What are the teams and drivers saying?

Toto Wolff, Mercedes: "The layout of the track presents unique challenges and it will be interesting to see which team will find the best compromise to deal with the mixture of long straights and slow corners. Baku is not purely about performance, though, and staying out of trouble is also important for a good result in Azerbaijan."

Charles Leclerc, Ferrari: "Azerbaijan is one of my favourite tracks of the season, I simply love it and I've always performed very well there, having won and got another podium finish in Formula 2 and also scored my first Formula 1 points last year. It's a unique track, you cannot find anything like it anywhere else in the world, so it's pretty special."

Max Verstappen, Red Bull: "It's always an exciting weekend and a lot of things can happen. It's a big show and hopefully this year's race will make for a good story."

Cyril Abiteboul, Renault: "If our objective this season - to widen the midfield gap - remains unchanged then we must accept to put in strong efforts to resolve these issues that could compromise our season. Nevertheless, we will push on and bring new elements over the next races. Baku is often unpredictable, the racing there is thrilling and it is an opportunity to capitalise on rivals' errors whilst avoiding making some ourselves."

Carlos Sainz, McLaren: "You can always sense that all drivers look forward to this race, because everyone knows there could be an opportunity for something special. It's been a frustrating start to the championship, with too much going on out of my control, but that is also part of racing. I'm determined to keep pushing no matter what and remain patient."

What's coming up on Sky F1 and when's the race?

The whole Azerbaijan Grand Prix weekend is live on Sky Sports F1, the home of live and exclusive F1, and fans can enjoy a number of must-watch features in our live shows.

Sky F1 will be behind the scenes with McLaren throughout the weekend to give a greater insight into what happens at a team over the course of a grand prix.

Ted Kravitz meets with Mercedes technical director James Allison for 'Tech Talk', while Natalie Pinkham sits down with Mick Schumacher to discuss his rise to Formula 2 and his maiden F1 test with Ferrari earlier this month.

And there is a whole lot more you will not want to miss!

When's the Azerbaijan GP on Sky? 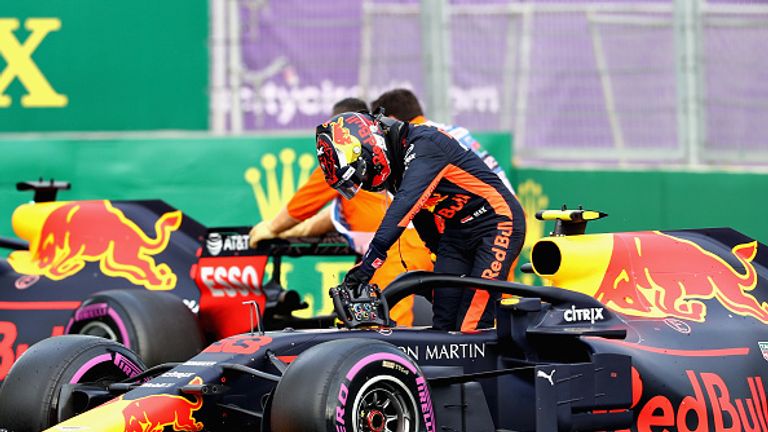 Have your say: Who will win in Azerbaijan?

Hamilton: I must improve in Baku
Lewis Hamilton is targeting an improved personal display at the Azerbaijan GP as he seeks to increase his world championship lead.

Ferrari upgrade for 'important' Baku
Ferrari boss Mattia Binotto has admitted they face an "important" weekend at the Azerbaijan GP, with the SF90 to feature a "few updates".

Red Bull on 'remarkable' Verstappen
Christian Horner says Max Verstappen is doing a "remarkable" job for Red Bull, amid the team's pursuit of Mercedes and Ferrari.

How's Ricciardo getting on at Renault?
Sky F1's Mark Hughes analyses Daniel Ricciardo's start to life at Renault and what the Aussie's first points in China told us.