2009 champion with the Sky Sports team at Barcelona; Watch Sunday's race at 2:10pm, with Saturday's Qualifying from 2pm

Jenson Button will make his first Sky Sports F1 appearance of the year at this weekend's Spanish GP.

The 2009 world champion is part of the channel's line-up at Barcelona providing expert analysis and insight during the weekend at a race he won during his championship year.

The Spanish GP is always considered a critical race early in the F1 season, with teams introducing car upgrades in a bid to aid performance.

And Button believes 2019's edition will be no different, with the Englishman posting on Instagram prior to his departure to Spain:

Mercedes' immaculate start to the new season with four successive one-twos means there is again particular scrutiny on Ferrari heading into this weekend's event. The Scuderia have responded to their rivals' form by introducing an engine upgrade two races earlier than planned, in addition to further car tweaks to build on their new package used in Baku.

"The results seem to paint a relatively clear picture, but the truth is that they're too flattering. The performance has fluctuated in the first four races," insisted Mercedes boss Toto Wolff this week. 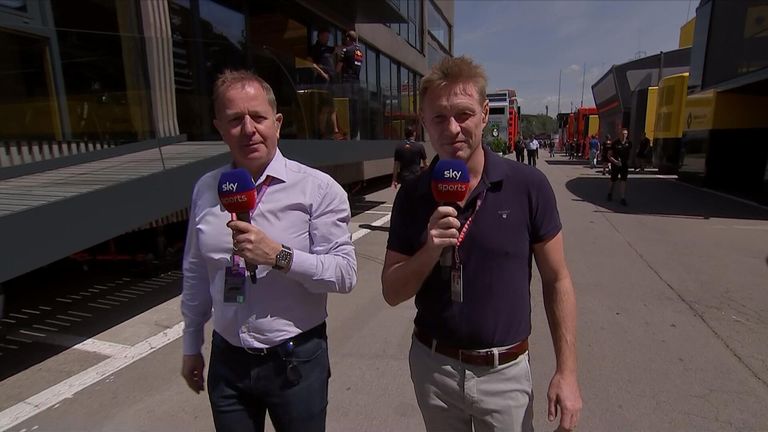 "We had the fastest car in Australia and China, but we won in Bahrain thanks to our reliability when we were on the back foot in terms of speed. And while our race pace looked good in Azerbaijan, we were never able to build a truly comfortable gap to our rivals."

Sunday's race begins at 2.10pm with build-up from 12.30pm, while Saturday's qualifying coverage is at 1pm for a 2pm start.

How to watch F1 2019 with Sky Sports F1
Sky Sports F1 is the home of live and exclusive F1, and you can add the channel to your Sky package here. Sky F1's best-ever offer has returned, with new and existing customers in the UK able to add the channel for an extra £10 per month.

For non-subscribers, Sky Sports F1 is accessible through a NOW TV pass.

Sky F1 subscribers will also be able to tune in to watch the channel's coverage on Sky Go while every track session will also be available to watch on the Sky Sports App via Race Control.

Want to catch-up? Highlights and the best of Sky F1 will also be published On Demand.

Watch the Spanish GP live on Sky Sports F1. Sky Sports is the home of live and exclusive F1. Find out more here to watch the 2019 season live