Niki Lauda and James Hunt: 'Far closer' than what was portrayed?

James Hunt's son Freddie opens up on emotions after Lauda's death, and offers insight into relationship between the F1 legends 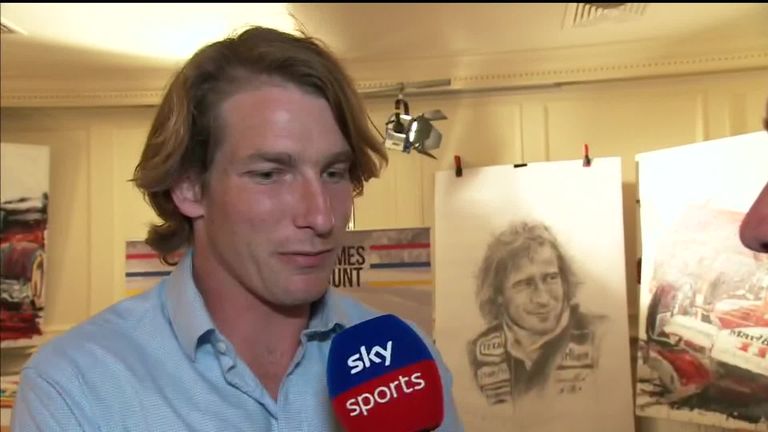 The son of James Hunt has paid tribute to Niki Lauda and says the two legendary drivers - whose rivalry was the subject of a Hollywood film - were "very good friends" and "far closer" than what was portrayed.

Lauda, who was laid to rest in Vienna on Wednesday, shared intense title battles with Hunt - most notably in 1976 - and the 2013 movie 'Rush' depicted an intense, and often unsavoury, relationship between the pair.

But Freddie Hunt, James' son, has insisted the rivalry was overplayed and that Lauda remained friends with his father until his death in 1993.

"The reality was they were far closer friends than what was portrayed in the movie," Hunt told Sky Sports News' Craig Slater.

"They were very good friends - I think they even shared a flat together at one point during their F3 days. They were two young guys growing up through the racing ranks together.

"They maintained their friendship for the rest of my father's life."

Freddie, who is a racing driver himself and preparing for Le Mans this year, added: "What I've known of Niki - he's always been very supportive and given me great advice, and a lot of constructive criticism which is good.

"It's very sad to lose him, very sad indeed."

The 1976 season was one of the most dramatic in F1's history with Lauda, who was leading Hunt in the championship, miraculously only missing two races after nearly losing his life in a fiery crash in Germany.

Hunt would go on to beat Lauda by a solitary point to claim his first and only title.

Lauda, who was the 1975 champion, went on to add two more crowns to his name.

Lauda's funeral took place in his home city of Vienna on Wednesday, with several of the F1 paddock in attendance. It was a chance for F1 to say farewell to one of its leading lights.