Bottas says he wants to remain in F1 next year if he loses Mercedes seat, with team starting Bottas vs Ocon process this week

By Matt Morlidge in Budapest

Valtteri Bottas has admitted that he has a "Plan B" in case Mercedes don't keep him for the 2020 F1 season after Toto Wolff confirmed it is now a straight fight between the Finn and Esteban Ocon for the seat.

The Mercedes boss has ruled out moves for Max Verstappen and George Russell and it will either be Bottas or Ocon who partners Lewis Hamilton next season, with the team starting the decision-making process this week.

Bottas joined the Silver Arrows in 2017 but has only been on one-year rolling contracts and, with his title bid fading, Mercedes are tempted by Ocon, their highly-rated young reserve driver who has sat out this F1 season despite impressing at Racing Point over the previous two campaigns.

"It's a question between Esteban and Valtteri," Wolff, who hopes to have an answer for the drivers over the summer break, told reporters in Hungary. "In a way both deserve the seat.

"It's making a decision on stability, a great personality and a very good driver versus giving youth a chance and the opportunity in the car with all the reward and risks it can bring.

"We will start the process [on Monday] and it's not going to be an easy one." 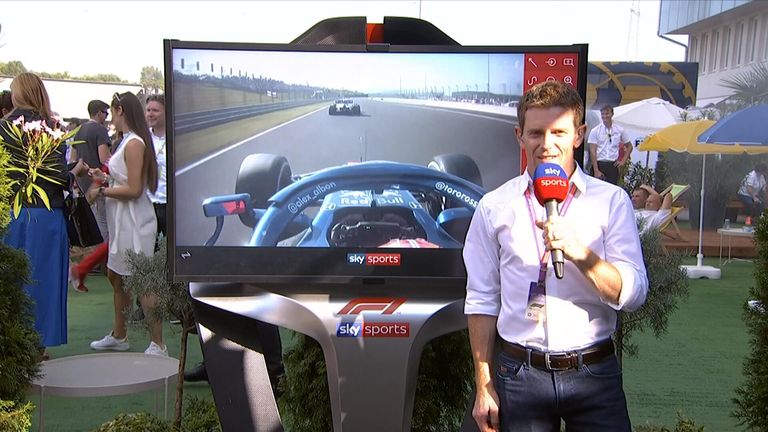 Bottas, wary of losing a place on the F1 grid altogether, says he has started looking around in case he misses out on the drive.

"Of course, when you're in that situation and you still want to race in F1 you need to have a Plan B and possibly a Plan C," he said on Sunday night.

Bottas: Contract pressure doesn't help me
Bottas endured a poor race at the Hungarian GP, finishing eighth after locking up into Turn One from the front row before making contact with Charles Leclerc.

The 29-year-old described Leclerc's move as "completely unnecessary" - but also conceded that the pressure of battling for a 2020 drive is getting to him.

"I'm trying to push hard and trying to take the opportunities but not to f*** up like today," he said. "That's how it goes. But for sure, contract wise when you're on the limit it never helps. 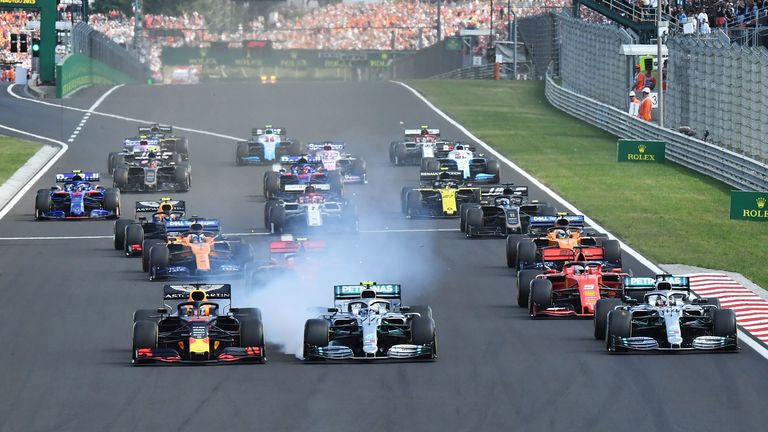 "Some people might think that some drivers perform well under pressure when things are on the limit but for me it doesn't help.

"I was very hungry for the win no matter whether there were contract talks or not. I wanted to win this race and I wanted to take a risk."

Wolff insisted that Mercedes "will not be letting one race result influence our decision".

'We won't sabotage Esteban's career'
Ocon is believed to have plenty of suitors should Mercedes make him available for next season and Wolff admitted that he would be willing to release the Frenchman from his contract to avoid 'sabotaging' his career.

"I think if you can't provide an opportunity for a young driver, then you've got to make compromises," added Wolff. "Certainly I wouldn't sabotage Esteban's career by blocking him and not releasing him to drive in Formula 1.

"I think he must be given the opportunity in Formula 1 - either with us, or another team. Then who knows what happens in two, three, four years down the line."

Wolff also said thinking of Bottas' future, should he lose out to Ocon, "absolutely played a role" in the team's decision.

"We have a responsibility to our drivers, for the juniors and for the ones who are in the car with us right now," he stated. "We are not going to do anything that makes it harder for them.

"So whatever we decide, we will consider what are the options for the driver to go elsewhere. If it's for Valtteri, [we'd want] a 'soft landing' because he deserves it."

Wolff also claimed that it was between Bottas and Ocon for the drive because Verstappen will be staying at Red Bull next season while it is "too early" to promote Russell, the Mercedes junior who is shining at Williams in his rookie season.